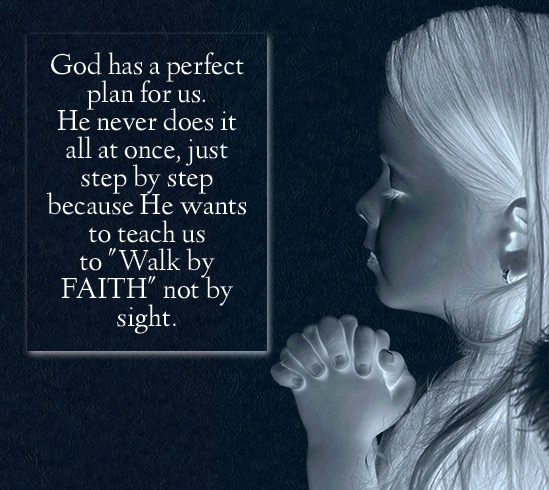 Yesterday, a two-year-old (some reports say the child was three) boy died after his parents left him in the car while they attended an afternoon worship service at Rehoboth Praise Assembly in East Dallas, Texas. Forty-five minutes into the worship service, the boy’s parents realized that they had left him in the car. Sadly, it was too late. The one hundred degree Texas heat had rendered the boy unconscious. He was pronounced dead later that night at a local hospital.

The parents of the boy have four other children. Polly and I know firsthand the horror of leaving your children behind in an unsafe environment. One time we left our second-oldest son asleep on the front pew of the church. It was not until we arrived home — fifteen miles away — that we realized we had left him behind. I vividly remember driving as fast as I could, praying to God that my son would be safe. Fortunately, he was still asleep when I opened the doors to the pitch-dark church sanctuary. At the time, I praised God for his providential protection of my son. I now know that we were lucky. I can only imagine what might have happened if Nathan had awakened and found out that he was the star in the Baptist version of Home Alone. Several years later, we had another incident where we left our son Jaime sleeping in the car after arriving home from church. An hour or so later, much to our shock and horror, Jaime sleepily came walking in the door. Again, I praised God for protecting my son.

Polly and I were quite busy on Sundays, so we drove separately to the church. Driving two cars and not paying attention to who had what kids led to the events mentioned above. After the Jaime incident, we made a hard and fast rule that neither of us could leave the church for home without making sure all six children were accounted for. I can report that all of our children, from that day forward, safely made it home.

What if something tragic — say injury or death — had happened to our forgotten sons? Would I have still been praising the wonderful love, grace, mercy, and kindness of Jesus? Probably, even going so far as to say that their injury/death was all part of God’s wonderful plan for our lives. I am sure the church and parents of the dead 3-year-old are now going through similar irrational theological machinations.

The question that is rarely asked is this: Where is God? If the third part of the Trinity — the Holy Spirit — lives insides of each and every believer, why didn’t he — with that still small voice of his — whisper in the ears of the two year old’s parents, telling them, Hey your little boy is asleep. Go get him before he dies from exposure to extreme Texas summer temperatures. Remember these song lyrics?

Jesus loves me! This I know,
For the Bible tells me so;
Little ones to Him belong;
They are weak, but He is strong.

Where was the strong Jesus when the weak little boy was being baked to death? Can it really be said that Jesus loves the little children when he idly stands by and does n-o-t-h-i-n-g as a boy is suffocated to death? If God can, but doesn’t, what does that tell us about God?

According to the defenders of Yahweh, Jesus, and the Holy Ghost, their God’s ways are not our ways and his thoughts are not our thoughts. I should hope not! Most people, when finding out a child is dying in the suffocating heat of a closed-up car, would do everything in their power to rescue the child. Not God. He has some sort of unspoken reason for letting the child die. Or perhaps the child’s parents were living in sin or needed to be taught a “life” lesson. Who knows, right? God is always given a free pass when it comes to the suffering and death of children. God knows best, Christians say. Pray tell, how is letting a child die alone in a car in any way “best”?

I am sure the dead boy’s parents are grieving over the loss of their son, knowing that they are the cause of his death. Just now, I viewed a TV advertisement reminding parents to always check the backseat of their cars for children. It’s hot out there, the ad said. Way too many busy parents forget to make sure all of their children are accounted for. Thirty years ago, Polly and I could have caused the death of our children. Luck, not God, saved our children. Sadly, for the Dallas parents, their inattention cost their son his life.

Parents are responsible for caring for their children. When bad things happen such as this boy’s death, most often parents or others adults are responsible. Years ago, we delivered newspapers for the Zanesville Times-Recorder. One day, Polly was in Shawnee, Ohio making collections. Shawnee is quite hilly, as is most of Southeast Ohio. Polly drove up a steep hill to our customer’s home, got out of the car, leaving Jaime secured with a seat belt. Polly, thinking she would only be gone for a minute, left the keys in the ignition, not knowing that Jaime had figured out how to unbuckle his seat belt. Mimicking what he had seen his parents do countless times before, Jaime reached up, turned the ignition, and pulled down on the drive shift.  The car, much to Polly’s horror, began rolling backwards down the steep hill — 400 feet in all — launching the car into the air before it landed in a creek bed.  Fortunately, Jaime was not injured. It took two wreckers to extricate the totaled car from the bottom of the hill.

During Jaime’s younger years, I painted the front doors of the church red. I didn’t have any paint thinner to clean the brush, so i waited until got home to do so. I put the brush in a pint jar of thinner to soak. Knowing that mischievous Jaime was nearby, I put the jar on the back of the counter, safe from his little hands — or so I thought. I went on to do other things, only to find out that Jaime had pushed a chair up to the counter and climbed up so he could reach the red “Kool-aid” that was on the back of the counter. Fortunately, one drink was all that was needed to teach Jaime that all red liquids are NOT Kool-aid.

In both of these stories, Jaime’s parents were culpable for what happened. Lessons learned : never leave child unattended, never leave keys in car, always set parking brake when parked on steep inclines, and never, ever put dangerous things where children can get a hold of them.

I am not suggesting that parents can protect their children from every possible danger. We can’t. Children love to test boundaries and get into things. It is a wonder that any of them survive to adulthood. Risk is all around us and one of the lessons parents must teach their children is to measure risk and danger. But, despite training them and keeping them under our watchful eyes, children can do things that could kill them. And sometimes parents can, either through carelessness or inattention, do things that harm their children. Regardless of to whom blame is assessed, one thing is for certain: God will be nowhere to found. He is the do-nothing God, a deity who can’t be bothered with rescuing an innocent child on a hot summer day in Dallas, Texas.