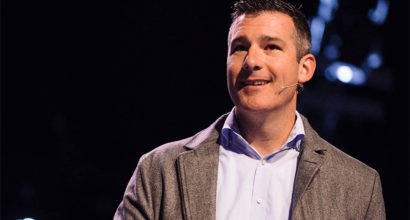 Twenty years ago, Andy Savage, teaching pastor at Highpoint Church in Memphis, Tennessee, sexually assaulted a church teenager. He was never prosecuted for his crime. His church, at the time, Woodland Parkway Baptist Church in Spring, Texas, covered up his “sin.” Thanks to fine people at The Wartburg Watch, Savage’s victim’s story is being heard far and wide, forcing the not-so-good pastor Savage to shed crocodiles tears before his church as he confessed his crime. Astoundingly, the tone-deaf, clueless sheep at Highpoint Church gave their pastor a standing ovation.

Members of a Memphis megachurch stood and applauded their pastor on Sunday when he admitted to and apologized for engaging in a “sexual incident” with a high school student 20 years ago.

Jules Woodson, who accused Highpoint Church Pastor Andy Savage of sexually assaulting her when she was 17, told The New York Times she watched the moment, streamed live on the church’s YouTube page, in disbelief.

Though Savage, an author and podcast host, remains on the Highpoint staff, repercussions have begun for what Woodson says happened two decades ago.

Cotton was associate pastor at Woodland Parkway Baptist Church in Texas, where Savage worked at the time of the alleged assault.

Woodson has said a pastor at the church urged her to stay quiet about what happened.

“We grieve for what happened to Jules Woodson,” said a statement to the Commercial Appeal from Austin Stone’s communications director John Young. “… No person should ever be subject to sexual sin from any church leader.”

The church felt it was “appropriate to ensure (Cotton’s) qualifications for his current role of leadership,” the statement read.

“In order to remove our potential bias from the situation, we have placed (Cotton) on a leave of absence while an investigation by a third-party organization is undertaken. We will provide a full report to the church after its completion.”

Woodson graphically shared her story on Friday with The Wartburg Watch, a site started by two Christian women who pursued their faith but saw “disturbing trends within Christendom.”

After she did, Savage went on social media to say he “had a sexual incident with a female high school senior” when he was a college student working for a Texas Baptist church now known as StoneBridge.

Savage, who helped found Highpoint Church, said he responded in a “biblical way.” He said he had apologized to Woodson immediately and asked for her forgiveness, Fox 13 in Memphis reported.

During his remarks on Sunday he did not tell the congregation what happened, but he said he had sinned and had not keep it a secret from Highpoint’s leaders. He also said he believed the episode had been “dealt with in Texas.”

“Until now, I did not know there was unfinished business with Jules,” he said, reading a statement off his cell phone.

“Jules, I am deeply sorry for my actions 20 years ago. I remain committed to cooperate with you toward forgiveness and healing.”

When he finished, church members stood and applauded.

Chris Conlee, Highpoint’s lead pastor, said he supported Savage, one of the people “hurt by the ripple effect of the consequences of that sin.”

Woodson told The Times the episode had not been “dealt with” because it had never been reported to law enforcement authorities.

She told The Times she sent an email in December to Savage at Highpoint, asking him, “Do you remember that night that you were supposed to drive me home from church and instead drove me to a deserted back road and sexually assaulted me?”

She said she decided to go public when he didn’t respond after more than a month.

Here’s some of what she wrote in the blog post.

“One evening, in the early Spring of 1998, I was hanging out with my youth minister, Andy Savage, at my church, Woodlands Parkway Baptist Church located at 10801 Falconwing Drive,” she wrote.

“I was 17 years old at the time and a senior at The Woodlands High School. There had been multiple kids there at the church after school, but as the night got later I was the only student left, alone in the church with Andy. I did not have a vehicle at the church, so Andy offered to take me home to my Mom’s house. …

“We reached a dead end and he turned the truck around before putting it in park. We were stopped, and he turned the headlights off. Suddenly, Andy unzipped his jeans and pulled out his penis. He asked me to suck it. I was scared and embarrassed, but I did it. I remember feeling that this must mean that Andy loved me. He then asked me to unbutton my shirt. I did. He started touching me over my bra and then lifted my bra up and began touching my breasts.

“After what I believe to have been about 5 minutes of this going on, he suddenly stopped, got out of the truck and ran around the back and to my side before falling to his knees. I quickly buttoned my shirt back up and got out of the truck. Now I was terrified and ashamed. I remember him pleading, while he was on his knees with his hands up on his head, ‘Oh my god, oh my god. What have I done? Oh my god, I’m so sorry. You can’t tell anyone …”

She said she felt manipulated and used, and that guilt and anxiety were “eating at her soul.” She said she took her accusations to the church’s leaders, but police were never called.

She said she was told that the associate pastor would inform the head pastor and the church would deal with the situation.

Savage, she said, went on as though nothing was outside of the norm, teaching a workshop titled “True Love Waits” about sexual purity and abstinence.

Other links to stories about Andy Savage:

Amid #MeToo, Evangelicals Grapple With Misconduct In Their Own Churches