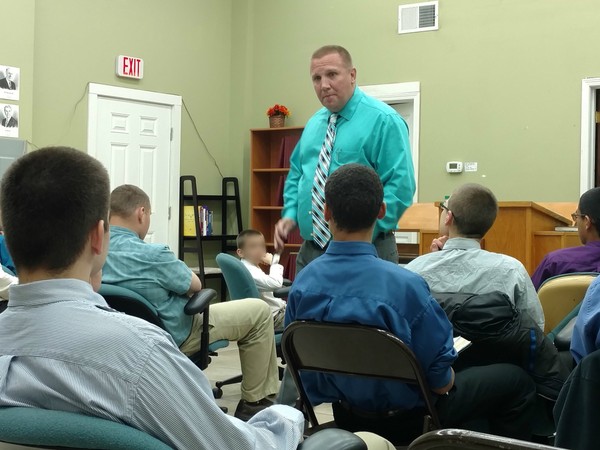 In December 2016, The Alabama Department of Human Resources and Baldwin County law enforcement raided and removed 22 children from Blessed Hope Boys Academy in Seminole, Alabama. Blessed Hope, at the time, advertised itself as a Christian boarding school for “troubled” teens.  Operating as an unlicensed, unregulated “ministry,” Blessed Hope  was operated by Pastor Gary Wiggins and his wife Meghann.  After the raid, the school moved its location to Missouri.

According to a 2016 Al.com report, Blessed Hope was a growing and lucrative business:

The Blessed Hope Boys Academy opened about four years ago. It was granted status as a 501(c)3 nonprofit in 2013.

Thomas Cox, a former student at Blessed Hope, recounted to the The Statesman what happened to him:

Thomas Cox, 18, said he clearly remembers the punishment he and other boys faced two years ago at Wiggins’ boys home in Alabama.

Cox, who now lives in Pennsylvania, said that when he attended the Blessed Hope Boys Academy near Seminole, Ala., in 2016, Wiggins made him and other boys stand and face a wall for hours and exercise excessively, and that Wiggins also hit students with a wooden paddle for punishment.

Boys would be slammed to the floor and several people would “pile on top of them” for minor infractions, such as refusing to say Bible verses, said Cox, who would not discuss why his parents sent him to the academy. Many times, he said, Wiggins would take students out of classes and make them work at his moving company and lawn care company without pay.

In May 2018, Wiggins shuttered Blessed Hope in Missouri and moved to Bertram, Texas to set up a new “ministry.”  Wiggins changed the name from Blessed Hope to Joshua Home, but the scam was still the same: “fix” broken teens and make lots of money while doing so.

In 2018, Joshua Home was raided, and eight boys were removed on allegations of abuse, neglect, labor violations, fraud, licensing violations, and human trafficking. Investigators believe Wiggins may have been using the boys illegally for a lawn care service and a moving company.

In 2017, Wiggins and Blessed Hope were investigated by 20/20. Wiggins told an undercover reporter that with the Bible and a belt, he could beat the gay out of a boy. What follows is the 20/20 investigation of unlicensed, unregulated religious group homes, including Blessed Hope. The report is shocking, to say the least. That this kind of stuff STILL goes on in the United States is mindboggling.

At this same time his wife Becky, who had been saved at the age of 13 at a Billy Graham Crusade but was living life as a backslidden, undercover Christian, began praying for him [Gary Williamson]. She came across a TV broadcast on the local cable access channel called “Drawing Men to Christ”. The program was being aired by Victory Bible Baptist Church under the leadership of Pastor Jesse Smith.

After watching several successive broadcasts of Dr. Ruckman’s preaching, Ray Williamson became “Brother Ray Williamson” the 19th of July 1987 upon watching and listening to a sermon entitled “The Wasted Life”. Since the time of his new birth in Christ, Brother Ray has determined to preach and defend the faith that he once sought to destroy.

Pastor Williamson graduated from Pensacola Bible Institute in 1992 while still serving in the Coast Guard in Mobile, AL and then started and pastored Bible Believers Baptist Church for three years in Petaluma, CA. Subsequently he has received a Bachelors of Theology Degree from Andersonville Baptist Theological Seminary and also earned an Associates degree from the University of Phoenix all still while serving his country in the U.S. Coast Guard.

As of this date, Gary Wiggins has not been charged with a crime. The latest news report on Wiggins and Joshua Home, dated May 2019, says Wiggins is still under investigation and charges will “soon” be filed. We shall see . . .