The Sounds of Fundamentalism: Jews Will One Day be Jealous Over Christian Wealth by Cindy Jacobs 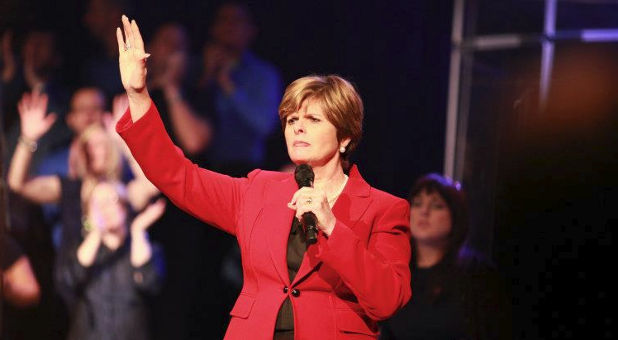 This is the one hundred and forty-ninth installment in The Sounds of Fundamentalism series. This is a series that I would like readers to help me with. If you know of a video clip that shows the crazy, cantankerous, or contradictory side of Evangelical Christianity, please send me an email with the name or link to the video. Please do not leave suggestions in the comment section.  Let’s have some fun!

Today’s Sound of Fundamentalism is a video clip from a sermon by Charismatic Cindy Jacobs, founder of Generals International. 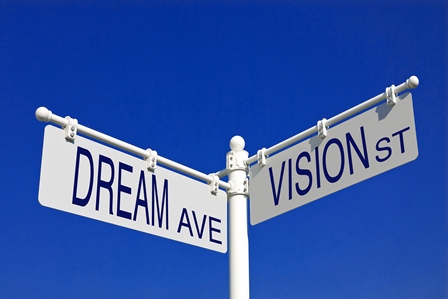 When it comes to the insane babbling of the religious, anything goes. No matter how outrageous and nutty a person sounds, because it is uttered in a religious context, we are expected to view the person as s-a-n-e. In any other context such utterances would land a person in a psych ward with a 72 hour hold.

Laura Harris Smith, author of Seeing the Voice of God: What God is Telling You Through Dreams & Visions, recently shared with the world a vision “God” had given her:

It was like any other family vacation for us: rare, restful and too short. Three generations piled into adjoining condos that my father had booked; four generations if you count that my daughter was pregnant and making me a grandmother. We were all gathered to visit and then go with her to the big ultrasound. The result? Twin boys, now almost 8 years old.

But one afternoon, I decided to lay down and take a nap before the big family meal. Since I never nap, and since I believe God speaks through dreams, I decided to take advantage of this extra sleep cycle and see if He might speak to me in a dream. I laid down, asked the Lord what He wanted to say, and drifted off. Surely I would dream about those precious twins. Or maybe about how the generations of the righteous are blessed. But that wasn’t at all what God needed to say that day.

I saw an American city destroyed by terrorist bombing. There was carnage in the streets, smoke everywhere, and utter pandemonium. It looked like a desolate wasteland. I somehow knew a “holy war” had been incited by Middle Eastern terrorists, and that the city they’d bombed was my hometown, Nashville, Tennessee. Not that there wouldn’t be other cities targeted, but this attack was different.

In the dream, Nashville had been strategically selected by them because of its religious history. The city is known by many names, such as “The Buckle of the Bible Belt,” “The Protestant Vatican,” and “Worship City.”  The Lord showed me that in deciding to launch a “holy war,” they’d chosen what their research had shown would surely be America’s “holiest” city, in terms of the Christian faith.

I awoke and asked the Lord why on earth He would ever allow this to happen to Nashville. I don’t know about it being America’s holiest city, but there certainly are more Christian ministries, industries, colleges, publishers, broadcasters and universities here than in any other American city, and so from the outside looking in, a strike against Nashville would be a blatant strike against Christianity itself. There are even more churches here per capita than in any other American city.

When I reminded God of all the work accomplished here for Him, I sensed that He wanted to prevent this holy war but that He wasn’t getting much help in doing so. Help from His own elect. Not the politicians and the entertainers but those with direct Christian influence: His shepherds. But how could that be?

I knew that this blanket statement did not implicate “all pastors in the city,” but that it represented a psychographic of Christian leaders who were rejecting the greatest ammunition we have against holy war: the Holy Spirit. Not rejecting Him to woo us toward Jesus, and not rejecting Him to seal our salvation, but rejecting Him by keeping Him at an arm’s length and not allowing Him to be fully operational in more than just creed at our churches and in our personal lives. Basically, it was as if God was saying that where the Holy Spirit is not fully welcomed, a holy war cannot be fully won.

When I awoke, I opened my Bible and it fell open to the book of Jeremiah. I waited there and prayed. The Holy Spirit led me to several Jeremiah passages which could be interpreted to personify what I’d just seen, including chapters 4-6 which mentions a coming “disaster from the north, even terrible destruction” (Jer. 4:6), which I felt symbolized (in this context) bombs coming from the skies, like I’d just seen. It also mentions “a distant nation against you—an ancient and enduring nation, a people whose language you do not know” (Jer. 5:15) and references our sins including having ears and yet not hearing Him (Jer. 5:21), something that Nashville intercessors have long warred against in prayer, referring to it as a “religious spirit” or a “deaf and dumb spirit.”  It manifests itself spiritually by preventing people from praying, prophesying, praising, speaking in tongues and just hearing from God period…

…Waging holy war on the buckle, Nashville, but targeting the entire belt to destroy its influence. The Bible Belt is said to stretch from Florida through Georgia, Tennessee, Kentucky, Alabama, North and South Carolina and into Virginia, and then southwest through Mississippi, Missouri, Kansas, Oklahoma, Louisiana, Arkansas and Texas. This is the hour for believers in these 15 states—and their shepherds—to walk fully in the Holy Spirit so that we might be conduits of revival to the other 35 states of America. It is why the enemy desires to make the Bible Belt unfit for use.

After my dream and my time in the book of Jeremiah, I immediately contacted three of my spiritual mentors, James Goll, Don Finto and Cindy Jacobs, asking them what to do with this grave dream that had totally highjacked my blissful vacation. The answer was to pray and wait. Then, with the release of Rick Joyner’s video this September, which described terrorism finding its way deeply into America and specifically mentioned “the southeast,” and then with Cindy Jacob’s follow-up video with her mama’s voice reminding us that if we pray and partner with God for change we can avoid these disasters and protect America, I asked the Lord if it was time to release my 2006 dream and to “blow the trumpet” (Jer. 6:1).

On a Sunday shortly thereafter, I got my answer. While at the church we pastor in Nashville—Eastgate Creative Christian Fellowship—a fiery young man named Seth approached me. He claimed that during worship He’d been taken away in the Spirit and that he saw bombs going off in Nashville. Later, the Lord had shown him several Scriptures to give to me, and he handed me a tiny piece of paper which listed them.

I noticed immediately that it was all Jeremiah passages, and sure enough, it included the same main Jeremiah 5 passage God had shown me on that 2006 afternoon when He beckoned with me to pray for repentance and revival in America’s Bible Belt.

What I saw in my dream was holy terror. Holy war. But I perceived that through the power of the Holy Spirit, we—the church—could do what no government or military could do, which is pray, repent, and rewrite the unfolding future. And as of late, God has also been showing me that neglecting the Holy Spirit is the chief cause of the decline in holiness in the Church, inasmuch as the Holy Spirit’s chief job is to make you holy since “without holiness, no one will see the Lord!” (Heb. 12:14)…

At the very least, Smith’s public utterances of bombings and terrorist attacks warrant a visit from Homeland Security. And then maybe the guys all dressed up in white, driving a white panel truck from the Evangelical Insane Asylum, need to stop by the Smith home and pick up the prophetess. She’s delusional, to say the least.

These kind of prophetic utterances are quite common in some Evangelical circles. If you write a book with a title Seeing the Voice of God: What God is Telling You Through Dreams & Visions, it stands to reason that you MUST have dreams and visions to share.

Smith is the co-pastor with her husband of Eastgate Creative Christian Fellowship, a small full gospel church,  in Nashville, Tennessee.