Today’s Sound of Fundamentalism is a video clip of DeAnna Lorraine whining about being required to wear a mask.

Ms. DeAnna Lorraine is a recent Republican, “anti-establishment” Congressional Candidate who just completed her widely watched run against political Goliath Nancy Pelosi, the Speaker of the House, in California’s 12th Congressional District (San Francisco). Although she ultimately lost her race to a radical Socialist, her battle was hard fought and won the hearts of Americans all across the nation with her guts, refreshing honesty, and bold, unconventional campaign strategies. Everyone loved her Pelosi for Prison campaign where she bravely had a plane fly a giant 80 by 25-foot “Pelosi for Prison” banner in Pelosi’s very liberal district of San Francisco – and she intends to keep flying it throughout the year! DeAnna is also a popular YouTube Host, Conservative Political and Culture commentator, Author of ‘Making Love Great Again!’ and Host of her podcast and Internet show Taking Back America with DeAnna Lorraine.

As a former Personal Development Counselor turned outspoken political & culture warrior, she is famous for talking boldly about the destructive impacts of Liberalism and Feminism and how they’re destroying our relationships, the family – and our country on the whole. She invites everyone to join her in the fight of the millennium to take our country back.

I’m reading a history book (Early Modern Europe: An Oxford History edited by Euan Cameron) in which there is a section by Robin Briggs (https://en.wikipedia.org/wiki/Robin_Briggs ) about religious thought in the 1600s. I have been struck by how much “modern” Evangelical thinking still reflects the same thought patterns.

The author talks about “the continuing domination of theory over facts; intellectuals used the latter [i.e. facts] to support preformed concepts rather than to test them, so that referential accuracy was still low on most people’s scale of values.”

Doesn’t this describe a lot of Evangelical blather? The pastor says the Bible says X, so anything that doesn’t fit the what the pastor says is distorted or ignored. The important thing is to preserve the myth.

Briggs continues, “For most thinkers of the time change for the better usually implied a return to an allegedly superior past, through the removal of corrupting elements.”

Significant numbers of both clerics and laity, in all the major religious denominations [of Europe], were making a strenuous attempt to live out true Christianity as they understood it. In the process they rejected numerous traditional compromises, recognized only absolute moral standards, and tried to extend the sacred into all areas of life. These enthusiasts were always a minority, but more tolerant – or perhaps lukewarm – Christians often found it difficult to resist them openly. Scripture, the Church Fathers, and logic itself appeared to be on their side. Their ultimate aim was to turn passive Christians into active ones, who did not just participate in ritual activities stage-managed by others, but internalized the faith as a moral code and way of living. Conversion and a change of life were key concepts here, built around the inspirational power of the word. Preaching and religious writing were to carry the message around Europe, where missionaries were just as necessary as they were in heathen lands beyond the seas.

Ultimately, this type of reforming Christianity tended to fragment as much as it united. The closer the bonding between enthusiasts, the sharper the divisions between them and their opponents; the practice of defining oneself against the ‘other’ was much in evidence here. Internal splits could be ferocious …

On the international scale confessional tensions remained high, for despite the similarities between the creeds they continued to regard one another as mortal enemies, while as churches became more national this hostility might be reinforced by xenophobia [as in, evangelicals wearing MAGA hats]. Different countries vied for the position of the ‘elect nation’ favoured by God [as in, America as the new Jerusalem].

There were some obvious motives for rulers to associate themselves with religious reform, which offered a boost to their power and prestige, and a means to trump [Trump?] potential critics.

So next time you are tempted to argue with an Evangelical, remember that you can’t take their arguments at face value. Their thought patterns are rigidly set in a deep layer of brittle concrete that has been curing for at least 400 years, and they can’t yield on anything because one crack can bring down the whole structure.

Rural Northwest Ohio voters overwhelmingly voted for Donald Trump in the 2016 Presidential election. Some of these voters continue to proudly display their support for the orange-haired toddler. 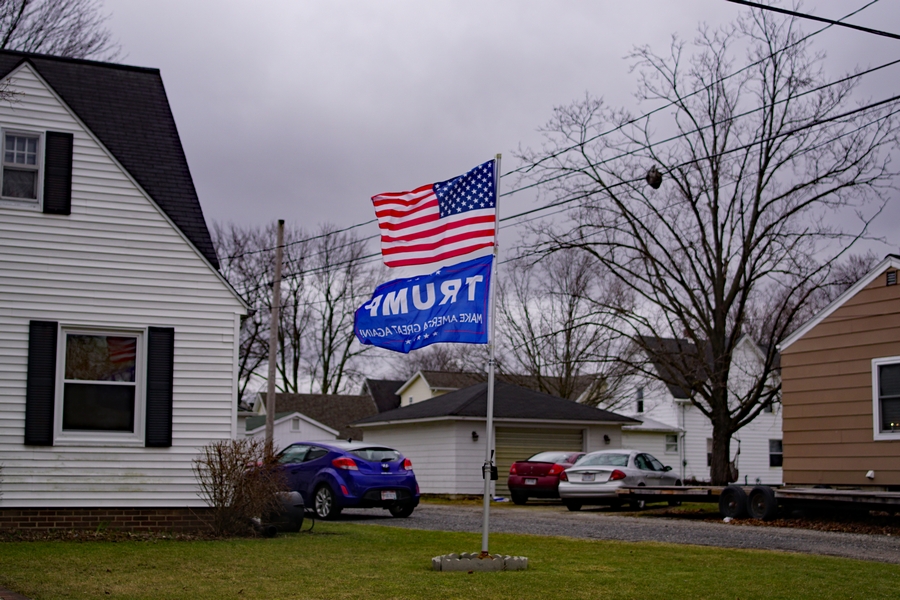 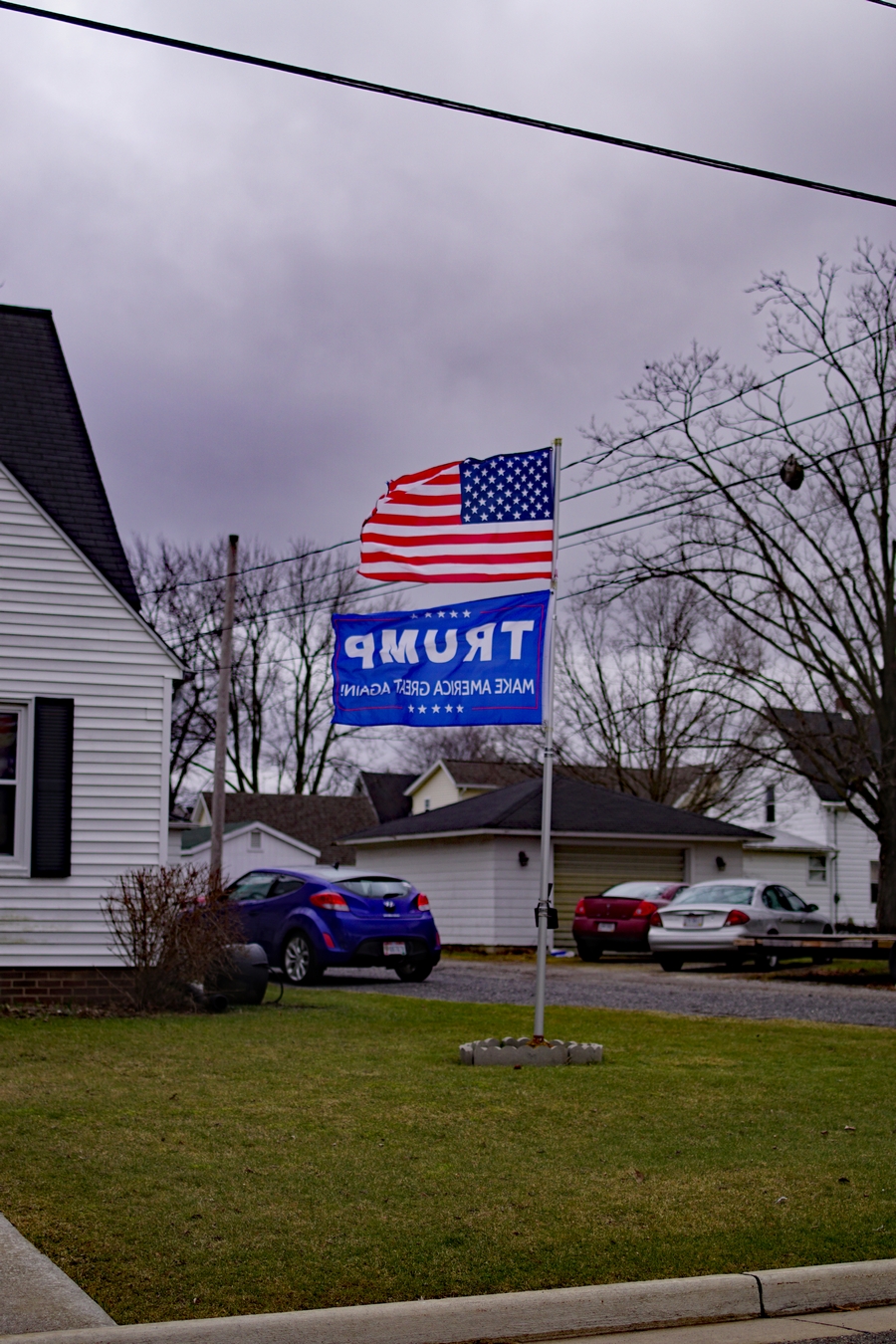