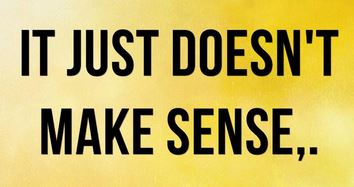 Michael Mock is a long-time digital friend of mine. I am not sure how we first connected, but Michael has ridden the Bruce Gerencser Crazy Train® through each of this blog’s iterations: Bruce Droppings, From Eternity to Here, The Way Forward, and now The Life and Times of Bruce Gerencser. Michael has told me several times over the years that I am the type of person who knows just one speed — fast. The rhythm of my life is one of run, run, run, crash, burn, and then slowly, like a Phoenix rising from the ashes, I start again. Michael has watched me repeatedly do this over the years, as have others who have been long-time digital friends. Hopefully, they have been paying attention — two years, four months, still going strong. No crash and burn. Have I learned to slow down? Have I learned to balance my life? Or is this the calm before the storm? I don’t know, but for now I feel that I am in a good place. I take each day as it comes, trying not to let caustic, vindictive, hateful Christian assholes get under my skin. When they do get under my skin, it is nice to know that I can now count on Michael and others to step in and deflect their attacks. I suspect this is why there is a glimmer of hope for the crash and burn cycle finally being broken, at least when it comes to blogging.

The aforementioned history lesson was given so that readers would know that Michael and I are, as much as the internet allows, good friends. We are friends on Facebook, dutifully clicking LIKE on each other’s photographs, memes, and status reports. Michael has a blog: Mock Ramblings. I hope you will check it out.

Having studiously read Michael’s blog posts and his comments on this blog, I have been able to ascertain from Michael’s words what I call The Michael Mock Rule. While Michael is quite capable of chasing Evangelical rabbits until they die from exhaustion, his view of Christianity is straightforward: Christianity doesn’t make sense. When Evangelical Bible thumpers wax eloquent about this or that doctrine, saying that all Michael, and others like him need to do is just b-e-l-i-e-v-e, Michael responds, just believing might work for you, but these beliefs don’t make any sense to me.  For Christians, these beliefs make perfect sense — as they always do for those ensconced safely in the Evangelical bubble. But for Michael, these b-e-l-i-e-v-a-b-l-e beliefs are anything but. Perhaps Michael would become a Christian if the central claims of Christianity made sense, but, at least to Michael, they don’t.

Consider the following Evangelical beliefs. Do they make sense to you?

Evangelicals routinely make the above assertions without presenting any evidence for their claims — and quoting the Bible is not evidence. These claims are reinforced Sunday after Sunday through sermons, Sunday school lessons, and songs. Through the week, Evangelicals read Christian literature, listen to Christian podcasts and music, and tune in to Christian radio and TV stations. These followers of Jesus are surrounded by people who, minute by minute, hour by hour, and day by day, reinforce these “truth” claims. Having been immersed in Evangelicalism their entire lives, Christians find that these beliefs make perfect sense.

An Independent Fundamentalist Baptist (IFB) preacher friend of mine left Christianity a few months ago. I was stunned by his disavowal of beliefs he once held dear. I don’t know why I am still surprised by such deconversions. Reason, rational thought, and skepticism are strong antidotes to Evangelical infections and disease. Now that my friend is outside of the Evangelical bubble, he finds himself banging his head on the proverbial wall, saying, how could I ever have believed these things!

The answer, of course, is quite simple. When people are immersed (brainwashed) in Evangelical belief and practice — often from birth — they only know what they have been taught. As long as they remain in the Evangelical bubble, everything makes sense, including the irrational beliefs mentioned above. When every peer, preacher, and family member believes the same thing, it is only natural for others to believe likewise. I don’t fault Evangelicals for believing what they believe. They know what they know, and through no fault of their own, their minds are walled off from beliefs that do not align with what Evangelicals traditionally believe and practice. When Satan, in the form of an Evangelical-turned-atheist blogger says, Yea, hath God said, warning horns, bells, and whistles sound, telling Evangelicals to steer clear of this false prophet. Those who ignore these warnings put their souls in harm’s way.

Fortunately, more and more Evangelicals are willing to venture outside of the safety of the Evangelical bubble. Once free of their doctrinal taskmasters, these curious Christians seek answers to their doubts and questions — doubts and questions often left unanswered by their pastors, teachers, and parents. (Memo to preachers: answering questions with just believe, just have faith, the Bible says are not acceptable answers to doubts and questions. You are driving people away from Christianity with these non-answer answers.) And as is often the case, the more questions they find answers for, the more questions they have. And before long, these Doubting Thomases have questioned themselves right out of Christianity and the faith they once held dear.

Once outside of the bubble, former Evangelicals look at the beliefs they once held dear and often say to themselves, how could I ever had believed these things? These beliefs just don’t make sense! And there it is, The Michael Mock Rule: These beliefs just don’t make sense. I now understand that I once believed things that can only be labeled as bat-shit crazy. There is no way for me to openly and honestly judge my past religious beliefs without concluding that I believed things better suited for a sequel to One Flew Over the Cuckoo’s Nest.

It has been almost nine years since my divorce from Jesus was finalized. I haven’t read the Bible in almost a decade, nor have I darkened the doors of the church to attend worship. Every day I live, I am one day further removed from religious beliefs, practices, and indoctrination that once dominated my every thought, word, and deed. I am at the place in life where Christian beliefs now sound strange, odd, and fanciful — dusty relics from ancient human history. I find myself saying, this just doesn’t make sense. And in these moments, I tip my hat and say, thank you Michael Mock.

What do you think of The Michael Mock Rule? Please share your thoughts in the comment section.