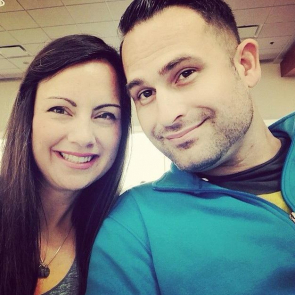 A Lexington pastor under scrutiny since last fall is now accused of embezzling $100,000 of a church contribution, according to a civil lawsuit filed by two church members.

The new lawsuit from James Keogh and Chad Martin filed Friday in Fayette County Circuit Court provides more specific details about the source of the heated dispute at Southern Acres Christian Church than did an earlier lawsuit that was dismissed while the church members tried to work with pastor Cameron McDonald.

Keogh and Martin accuse McDonald of embezzlement, unlawful conversion of funds and unjust enrichment in the civil complaint. An attorney representing McDonald earlier said no money had been misused and denied all allegations. Attempts to reach attorney Austin Wilkerson Tuesday were not immediately successful.

Keogh gave $170,000 to the church on Dec. 19, 2016, at McDonald’s urging and $100,000 was diverted to McDonald or his wife to help pay the mortgage on the couple’s $530,000 Jessamine County house purchased about five months earlier, according to the lawsuit. Keogh had specified the money was supposed to be used to pay off the church’s mortgage

“McDonald intentionally treated Keogh’s $100,000 as his own and diverted it to his own personal use, to the detriment of Keogh and the others, by failing to make the specified payment of mortgage debt he promised to make,” the complaint states.

According to the complaint, Keogh made a written demand for the return of the money, but McDonald did not comply or respond. McDonald was given a Feb. 15 deadline.

The court complaint states that Keogh is entitled to the return of the $100,000 because McDonald did not use it in the manner promised and agreed. The church mortgage of $144,000 was not paid off and the church was subsequently in debt due to the misuse of the money, according to court files and a police case report filed in November.

In addition to diverting the money, McDonald insisted his pastor compensation should be increased in the months that followed the purchase of the Jessamine County home and its 96 acres of land , the new lawsuit claims.

Last year, McDonald also insisted the church add his wife to the payroll, giving them a combined income of more than $100,000, the lawsuit states.

McDonald arranged last year for the removal of several of the church’s governing board of elders and appointed his wife and friend, pastor Tim Jones, to the new 3-person board that included himself, court documents show.

The complaint also alleges that McDonald fired the church’s officer manager to prevent her from being able to provide information about the church’s finances to law enforcement. No staff members other than McDonald and his wife are listed any longer on the church’s website.

Prior to the November lawsuit being dismissed, church attorney Wilkerson denied all allegations made against McDonald and the church and said all actions were taken in accordance with the Bible.

As tensions escalated, McDonald repeatedly barred some members from church. An off-duty Lexington police officer blocked some from entering the church during worship services.

Earlier this month, the church’s members voted 173-0 for a resolution removing McDonald as pastor and electing a new board of elders. In fact, the church members had to vote at a nearby park because they weren’t given access to church property; the church was locked during service that Sunday. Wilkerson, at the time, called the resolution illegal and contentious.