Sounds of Fundamentalism: Women Should Never Draw Attention to Themselves

Today’s Sound of Fundamentalism is a video clip of Jeff Harris, pastor of Anchor Baptist Church in Hilton, New York ignorantly explaining the Greek word for “apparel.” Three different Greek words are used for “apparel” in the New Testament. Harris, as Independent Fundamentalist Baptist (IFB) preachers are wont to do, picks the definition that best fits his archaic beliefs about women and how they should dress. Harris believes women should only wear long, flowing dresses that mute their shape. They mustn’t wear anything that draws attention to their bodies. Harris also says that women should be bashful around others — unlike IFB preachers such as Jeff Harris who are the center of attention everywhere they go.

Pastor Harris was saved at the age of 12 at Calvary Baptist Church in Danville, KY. He surrendered to the call to preach as a teenager and upon graduation from high school he studied at Hyles-Anderson College for one year. He then finished his training for the ministry and was ordained by Clays Mill Road Baptist Church & earned a Bachelor’s Degree in Pastoral Theology from Commonwealth Baptist College (Lexington, KY).

He married his wife Elizabeth (Tyra) Harris in 1999. After a brief stint as a staff member at Clays Mill Road Baptist Church the Harris family moved to Elizabethtown, KY where Pastor Harris founded the Lincoln Trail Baptist Church in September of 2001 (www.ltbc.us). He served as their Pastor until he resigned in July of 2012 to move to Rochester, NY to plant the Anchor Baptist Church. 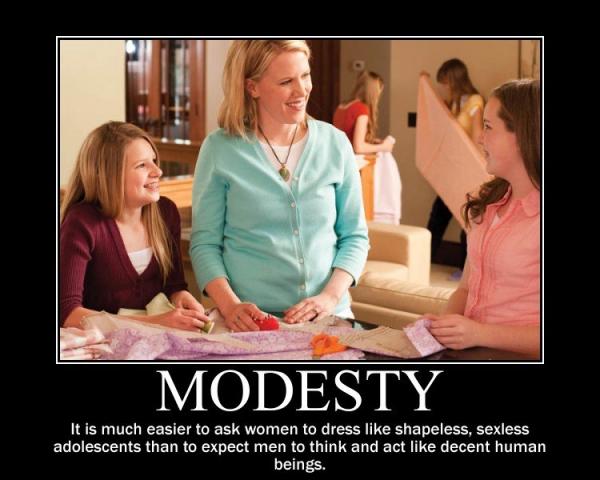 Jeff Harris, pastor of Grace Point Church in San Antonio, Texas and founder of Missional Association, says that a man’s sin is never the fault of a woman, yet he turns right around and says scantily, “sinfully” clad women are indeed culpable when horn dog males act inappropriately towards females.  Here’s what Harris had to say on the subject:

Sexual harassment fills the headlines of our culture and the discussion is long overdue.  It is good that those who’ve been harassed now feel empowered to name those who have perpetrated unwanted advances, groping, and even rape.

Let me be clear—a man’s sin is never the fault of a woman. A provocatively-dressed woman doesn’t make a man sin. A sensuously-acting woman doesn’t cause a man to sin. The issue is that, in our culture, we don’t look at provocative dress or sensual acting as sin. This is not blame-shifting, because an individual’s sin is their own. But, it does take place in an environment we are all responsible for. I believe there is a facet of this complex, multi-faceted issue that needs to be part of the larger conversation.

In 1 Timothy 2:9 in the Bible, we read this instruction:  “Likewise I want women to adorn themselves with proper clothing, modestly and discreetly, not with braided hair and gold or pearls or costly garments but rather by means of good works, as befits women making a claim to godliness.”

Modesty is lost in our culture. The intersection of sexual objectification and sexual allure results in all kinds of distorted behavior. We have legalized the objectification of women and socialized provocation of men.

Sin is sin! Men who objectify women have distorted and diminished women as conquests for their own gratification. Women who dress immodestly turn themselves into an idol to be sought after and adored. When the two are left unabated in a culture, you get a combustion of sin.

I’m glad we are talking about harassment and the vile practice of using fame, power, or position as a platform to foist oneself upon a colleague. I also think if we called immodesty sin the discussion would be far more common and the culprits would be far more numerous.

Most women I know would be shocked by the way their dress is seen as sexual by the men around them. They are unaware because they have been desensitized by an immodest culture. Modesty is not old-fashioned; it is common sense. Men who sexually harass are called “Predators” but you don’t often hear of the sexually-provocative referred to as “Prey.” At some point, the sexual revolution gave women a free pass. They want the same rights as men but not all the responsibility.

Now, as the accusation of harassment is enough to ruin one’s career, don’t be surprised if some guard rails are put into place. This is not to say harassment is caused by provocative dress; it’s not. A man has to own his own sin. They do coexist within the same environment and a woman must own hers. But first, our culture must acknowledge it.

Harris wants it both ways. He rightly wants to hold men accountable for their behavior, but he also wants to hold women accountable for men’s behavior too, while, somehow, someway, ignoring how men (and women) view and process women dressed in attractive ways. Harris chooses to parrot the Puritanical, anti-human Bible as justification for his pronouncements on the matter instead of demonstrating a basic understanding of human biology and nature.

Women wear what they do for many reasons, as do men. One reason even the good pastor should understand is that humans dress in manners that make them attractive to the opposite sex (or the same sex). When women dress in ways that call attention to their beauty and physicality, they are playing their part in a dance that has been going on for thousands of years. I don’t know of a man who married his wife for her ugliness. Why, out of the all the young women at Midwestern Baptist College, did I set my affection and desire on a dark-haired, shy pastor’s daughter? Her sewing skills? Her typing skills? Her cooking skills? No, I knew nothing of those things when I first met Polly Anne Shope some forty years ago. What I “saw” was a beautiful, attractive woman, a lady who quickly became the love of my life, and remains so to this day. 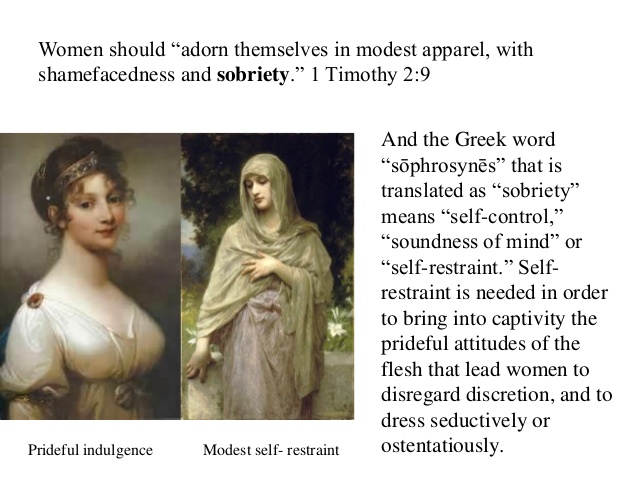 I am not a woman so I can’t speak to the motivations of women when it comes to their wardrobes. Women are free to dress as they please, and men such as Harris have no business shaming them into dressing in ways that make men feel “comfortable.” If a man finds himself sexually attracted to a woman, it is one hundred percent his responsibility to act appropriately. Honest men will admit that they find other women besides their wives, partners, or girlfriends sexually attractive. Duh, right? Looking (not leering) is a healthy, normal male response to women whom men find attractive. What is not appropriate is sexually harassing women, physically assaulting them, or taking advantage of them. Sexual harassment, sexual assault, rape, and all-around creepy behavior is never appropriate even if a woman is standing stark naked in front of a man.

Men are expected to own their sexuality and behave appropriately. There’s nothing wrong with a man expressing interest to a woman, but when she says, no thanks, that’s the end of the discussion. Continuing to pursue a woman who has said “no” is harassment. And it goes without saying that using one’s position of authority and power to take advantage of a woman is morally reprehensible and culturally frowned upon.

Evangelical pastors have been blaming women for male ill-behavior for as long as I can remember. Using the Bible as justification for their pronouncements, pastors teach women that they are gatekeepers given the responsibility to ensure that men don’t “sin” with their eyes (ignoring the fact that women can be and often are just as visually driven as men). How about we go all Biblical on weak, helpless, lustful Christian men and pluck their eyes out. Jesus said in Matthew 18:9:

And if thine eye offend thee, pluck it out, and cast it from thee: it is better for thee to enter into life with one eye, rather than having two eyes to be cast into hell fire.

It’s time for men, Christian or not, to own their sexuality. Men are totally responsible for how they act and respond to women, regardless of how they may be dressing or behaving. No man is so helpless that he cannot control his behavior. Offenders choose to blame women because doing so allows them to continue treating women as objects, and not fellow human beings worthy of respect.