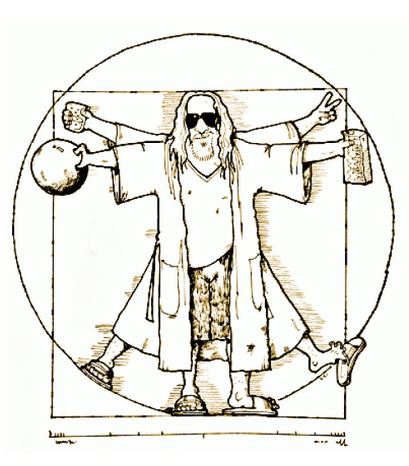 snark and humor ahead!

I believe in having all my bases covered, so I’ve added The Church of the Latter-Day Dude to my collection of ordination certificates. In 1983, I was ordained through Emmanuel Baptist Church in Buckeye Lake, Ohio.

In 2011, I was ordained through the Universal Life Church.

And just last week I was ordained by The Church of the Latter-Day Dude.

A local Christian zealot by the name of Daniel Gray has taken issue with the fact that I can still marry people. In a July 2013 letter to the Defiance Crescent-News, Gray wrote:

I publicly responded to Gray’s false accusations with a letter of my own. My letter was short and to the point:

Ohio has no statutory requirement as far as what type of ordination is acceptable when applying for a state license to marry people. Knowing that my Baptist ordination might not “technically” fulfill the letter of the law, I decided to seek ordination through the Universal Life Church. Before I submitted my ordination and license application to the state, I called the Secretary of State’s office to find out if I really could use ANY ordination when applying for a license to marry. They assured me that Ohio makes no judgment concerning the suitability of a licensee’s ordination. In other words, I could, if I wanted to, use my The Church of Latter-Day Dude ordination to get a license.  Awesome, right?

Bruce, are you making a mockery of religion? Duh, of course I am.

Did you know that I also have a doctorate in Biblical studies?  Yep, I “earned” my doctorate through God’s University.  Here’s proof:

My degree is personally signed by Dr. Jack Hyles and Dr. Tom Malone. Surely, this is proof that my doctorate is the real deal (Even if they had to come back from the dead to sign it). If you’ve not read, IFB Doctorates: Doctor, Doctor, Doctor, Everyone’s a Doctor, please do so.

Not only am I a thrice-ordained, state licensed marrying Sam with a doctorate from God’s University, I’m also Santa Claus. That’s right, I’m Santa Claus. How dare you doubt me, oh skeptic! Here’s proof that I am the one, true Santa Claus: 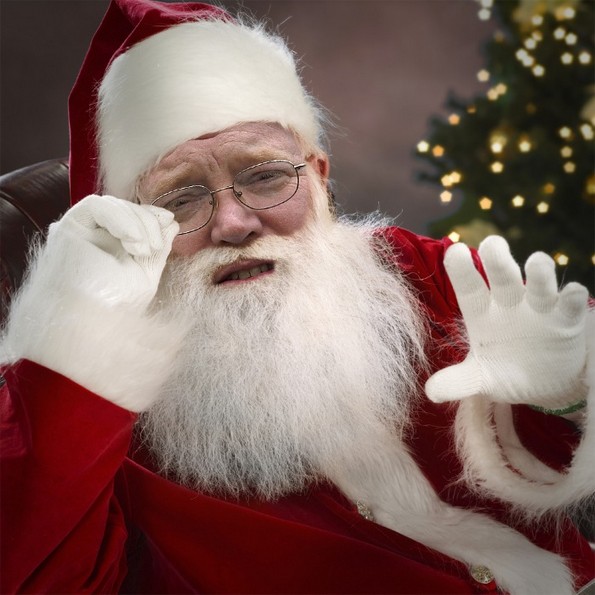 You can make your own fake stuff at PhotoFunia. Are you interested in becoming and ordained priest with The Church of the Latter-Day Dude? Click here for further information.

The Similarity Between Answered Prayer and the Gifts Santa Brings

A guest post by Richard. He blogs at RichardMarlowe236.

I grew up as a fundamentalist Christian.  A church three times a week, the Bible is the inspired inerrant word of God, evolution is a lie type of Christian.  I have since deconverted and consider myself an atheist (I prefer the term free-thinker).  I plan to write a later post detailing my journey.

A few months ago I had a conversation with a family.  The family member is a fundamentalist Christian.  I had just revealed my loss of faith to her.  Needless to say she was surprised.  She seemed unable to fathom how anybody could deny the existence of God. So, the conversation turned to proof for God’s existence.  Her reasons for believing were personal experience, scriptural authority, creation, and answered prayer.  While the first three reasons played a part in her belief, answered prayer was the most convincing to her.  She never said this directly, but it was the primary emphasis of the discussion.  Her logic for answered prayer as proof of God is as follows:

Answered prayer is a common “proof”  by theists for the existence of God.  Sometimes it can be difficult to convince believers that answered prayer may have a natural explanation or may be a coincidence.

Yet this logic is flawed.  I witnessed this exact same logic unfold before my eyes except it was not to prove God’s existence.  It was proof for Santa’s existence.  (I know, I know!  Atheists always equate belief in God with belief in Santa.  Please keep reading as I am just using a personal example to demonstrate the flaw in the above-mentioned logic.)

I have three young children.  The oldest two believe in Santa Claus.  Starting in November, they began picking out toys they wanted for Christmas.  They went to see Santa and asked him for those toys.  On Christmas morning they awoke to these toys under the tree.  Automatically they attributed this to Santa.  To them it was “proof” for his existence.  Their logic was as follows:

See any similarities to the answered prayer logic?  It is exactly the same.  Actually you could use this logic to prove almost any being’s existence.

This does not even take into consideration unanswered prayer.  When this is brought up, many believers will say sometimes God says “No.”  Basically it boils down to this:

If I pray to God for something there are two possible outcomes.

How would this be different if there was no God?  If you made it this far… Thanks for reading!