Stanley Alvin Thompson, 63, of 168 Cliffside Drive, Edinburg, was charged with aggravated sexual battery of a victim less than 13 years old. He is being held without bond at Rappahannock-Shenandoah-Warren Regional Jail and due in Shenandoah County Juvenile and Domestic Relations Court on Thursday.

Thompson was appointed the pastor of the Toms Brook United Methodist Church, 3263 S. Main St., Toms Brook, at the 2015 Virginia Annual Conference. He resigned from the church on March 18, according to Paul Steidler, a spokesperson for the church.

“Toms Brook UMC is fully cooperating with law enforcement on this important matter,” Steidler said in an emailed statement. “The church urges anyone with knowledge about this situation to immediately contact law enforcement. Our fervent prayers are with the child and the child’s family.”

According to a 2015 Northern Virginia Daily report:

Thompson, of Eugene, Oregon, is a graduate of Northwest Christian University in Eugene and Emmanuel School of Theology in Johnson City, Tenn., where he received a master’s of divinity degree. He also received a doctor of ministry degree from Wesley Theological Seminary in Washington, D.C.

According to a news release, prior to joining the Toms Brook church, he served at Crenshaw United Methodist in Blackstone, Virginia. 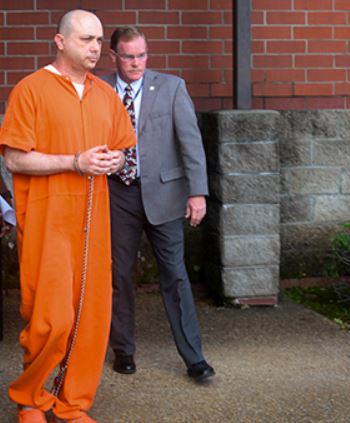 The Vicksburg Post reported that The Rev. Troy Anthony Piccaluga, 48, pastor of the Eagle Lake and Redwood United Methodist churches, was arrested Thursday at his home in the Redwood community.

Piccaluga is accused of having sexual contact with two girls between the ages of 14 and 16. The investigation began after the sheriff’s department received information that a juvenile had a sexual relationship with an older male. During the course of the investigation a second victim was identified. The alleged incidents occurred at several locations in Warren County, but Sheriff Pace would not say where.

Piccaluga is charged with two counts of statutory rape and one count of sexual battery. He is being held without bond.

A prison chaplain at Dayton Correctional Institution has been indicted in Montgomery County for sexual battery of a prison inmate.

Kenneth Bernard Bozeman, 52, of Dayton, is charged with nine counts of sexual battery, according to the Montgomery County Prosecutor’s Office.

A female inmate at Dayton Correctional Institution on Aug. 27, 2015, reported to prison officials at the Germantown Street facility that Bozeman allegedly engaged in sexual conduct with her, according to a media release.

“Inmates in state custody have the same right to not being sexually assaulted as anyone else,” said Prosecutor Mat Heck in a release. “The fact that an employee of the prison committed these offenses is especially disturbing.”

In October 2017, Bozeman was found guilty on all charges.

Today, Bozeman was sentenced to five years probation. That’s right, Bozemen did not receive ANY jail time for his crimes.

A former prison chaplain will have to register as a Tier III sex offender for the rest of his life after being convicted of nine counts of sexual battery against an inmate at the Dayton Correctional Institution.

Kenneth Bozeman, 53, will also be on probation for up to five years and is not allow to in any capacity offer services as a pastor or counselor.

The inmate reported that Bozeman engaged in sexual contact with her on Thursday, August 27, 2015. The Ohio State Highway Patrol opened an investigation and took forensic evidence. In October of 2017, Bozeman was found guilty of nine counts of sexual battery.

Montgomery County Prosecutor Mat Heck had this statement following Bozeman’s sentencing, “Instead of providing spiritual guidance to inmates, this defendant took advantage of his position of trust for sexual gratification.” 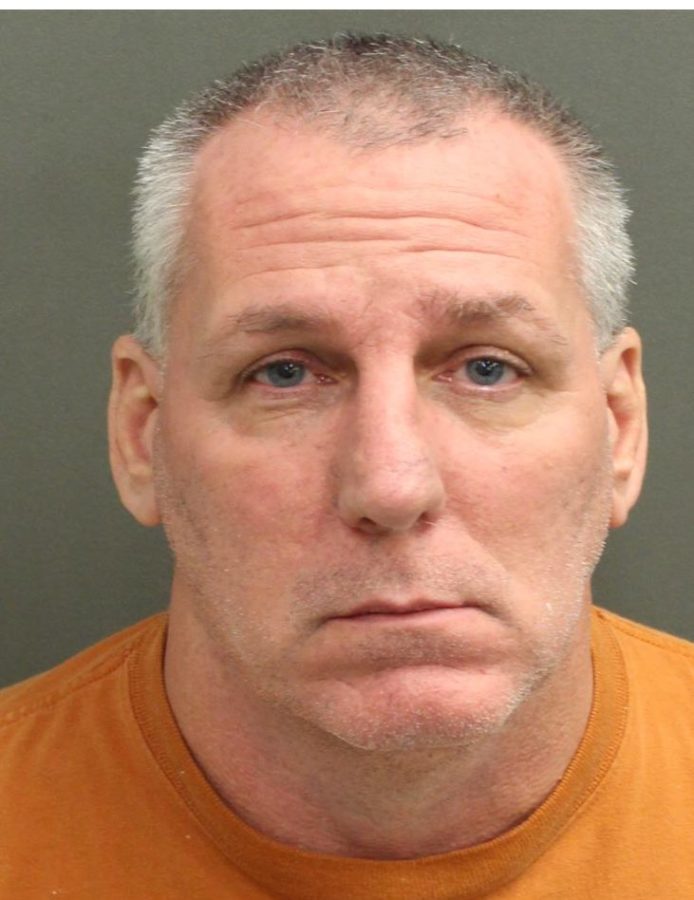 John Ware, a Sunday School teacher at First Baptist Church of Pine Castle in Orlando, Florida was charged Tuesday with the sexual battery of a child.

Investigators were notified Monday that Ware abused the child Saturday at a fall festival at the church at 1001 Hoffner Ave. in Orlando.

The child said the child’s legs were tired from setting up for the festival, so Ware asked the child to sit in his car, investigators said.

Ware denied the sexual battery to the child’s parent and investigators, deputies said.

Ware later admitted it’s possible he may have touched the child.

“It’s possible because the child was squirming (during tickling), but it wasn’t on purpose,” Ware told the parent.

Ware is being held without bail at the Orange County Jail.

It’s unclear if there are more victims, but investigators urge anyone who may have been a victim to come forward.

Ware was arrested in 1997 and pleaded guilty to prostitution or lewdness, according to court documents.

In a November 17, 2017 WESH-2 report, it is alleged that Ware might have molested additional victims (Link to video):

John Ware, 53, could face more charges for sex crimes in addition to a charge stemming from a prior investigation of him.

Ware is currently facing one count of sexual battery on a child under age 12, but that list could grow.

Since that time, we have had several victims come forward and they are working with our sex crimes detectives,” Jane Watrel, of the Orange County Sheriff’s Office, said.

Detectives said the alleged new victims told a story similar to that of a young girl who claims she was molested by Ware, a volunteer Sunday School teacher at First Baptist Church Pine Castle.

The girl said Ware gave her a ride to the back parking lot during the Fall Festival on Nov 5.

According to the arrest affidavit, the girl said Ware reached his hands into her “blue jean shorts.”

“Several have come forward, but they (detectives) do believe there are more and that is very troubling to us,” Watrel said.

Ware was investigated for an incident involving a child, by the sheriff’s and state attorney’s offices seven years ago.

WESH 2 News has obtained information from local law enforcement that indicates the alleged incident in 2010 happened at the Lake Gloria Shores community. His arrest affidavit and property records show Ware lives there. 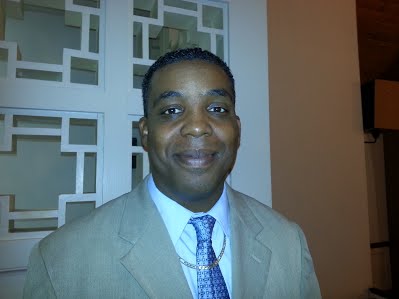 Andre Leaphart, an associate pastor at Fellowship United Church of Christ in Chesapeake, Virginia, was charged yesterday with “sexual battery with the intent to transmit infection.”

A Newport News man has been charged with sexual battery with the intent to transmit infection.

News 3 has learned from church officials that 40 year-old Andre Leaphart is an Associate Pastor at the Fellowship United Church of Christ in Chesapeake.

Police said on April 12 a Hampton man told authorities that he contracted a sexually transmitted disease from the Leaphart. The victim said the suspect knew he was infected.

After a two month long investigation, Leaphart was arrested Tuesday.

News 3 spoke to Leaphart’s relatives who said he has always been honest about his medical situation with those he was close to and they don’t believe the accusations.

They said Leaphart is always going out of his way for others and they think there is more to this story that has not been exposed.