Christians Say the Darnedest Things: ‘One Million Moms’ Upset Over Taco Bell’s Use of the Word Hell 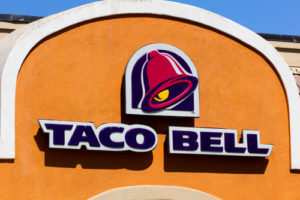 Taco Bell is following a trend in crude commercials. While a few fast food restaurants are cleaning up their ads, Taco Bell decided to air a commercial that includes foul language.

The newest Taco Bell commercial says, “When your morning is hell, just go to Taco Bell.” They should not use the word hell in a jingle. We all know children repeat what they hear [like when they hear the word HELL in church?].

Taco Bell’s “Morning is hell” ad is irresponsible and offensive. This inappropriate advertisement is airing during primetime when children are likely watching. It is extremely destructive and damaging to impressionable children viewing the commercial.

Please contact Taco Bell through our website and ask the company to pull the current ad immediately! Also, encourage Taco Bell to be more responsible in future marketing campaigns. If Taco Bell wants our business, it must no longer use foul language in its ads. 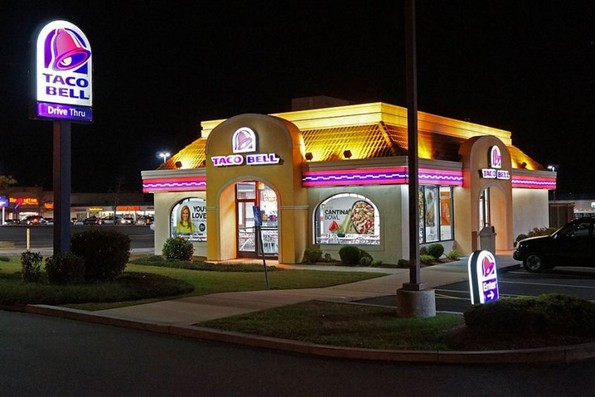 Have you seen the new Taco Bell commercial featuring an old couple sitting in a car eating Taco Bell’s newest addition to their menu, the Chipolte Chickstar? If not: (video no longer available)

As a man who has been married almost 37 years, I found the commercial to be quite funny. Unfortunately, sexually frustrated Monica Cole and her One Millon Moms (OMM) horde did not. In today’s OMM newsletter, Cole wrote:

Taco Bell is following a trend in crude commercials. While a few fast food restaurants are cleaning up their ads, Taco Bell decided to air a new ad named “Flash” to advertise Chickstars.

The ad shows an elderly couple eating Chickstars in their car when the woman lifts up her shirt, implying she is showing her bare chest to the man. Showing a female flashing a man during a television commercial is completely inappropriate. This act has nothing to do with the food product.

Even if the couple is supposed to be married, this ad is in poor taste. It would be something children would duplicate. Everyone knows children repeat what they see. This disgusting advertisement is airing during prime time when children are likely watching.

Ah yes, coming soon to a neighborhood near you, an outbreak of young girls flashing boys. Does Cole really think that a thirty-second Taco Bell commercial will cause young girls to lift up their shirt and expose themselves? I thought girls had to have a cellphone to do that?  Doesn’t she know that girls usually wait to Mardi Gras to do act in such a decadent, immoral way. Why, if this commercial isn’t immediately taken off the air, soon America will be flooded with Girls Gone Wild videos of young children running around half-naked. In my generation these were called home movies.

As always, Monica Cole and One Million Moms has provided free advertising for a major corporation. OMM members will dutifully express their outrage in letters to Taco Bell and in a few weeks there will be some other offense to wage war against. And the rest of us will continue to mock and ridicule their petty, puritanical look at the world.

As a normal heterosexual male, I’d love for my wife to flash me in a Taco Bell parking lot. Or a McDonald’s, Burger King, Wendy’s, Arby’s, Jack in the Box, or Carl Jr, parking lot. As Jon Stewart would say, DAMN YOU Taco Bell. Thanks to your commercial, all I can think of is my wife flashing me.