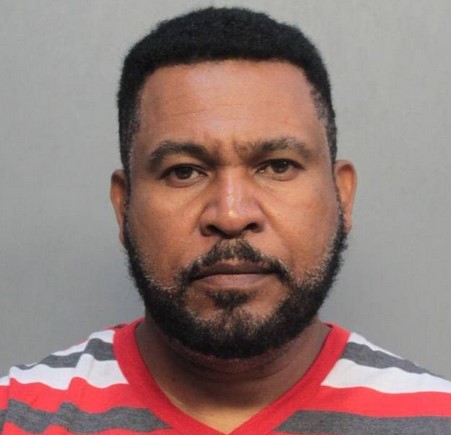 Yunior Beltres, a 54-year-old citizen of the Dominican Republic, was charged with two counts of sexual battery on a minor, police said. The alleged victims are 9 and 10 years old.

The girls, whose relationship to Beltres was not disclosed, reported the abuse to police in July. They said the assaults occurred in May and June at his home in the 300 block of Northeast 118th Terrace in Miami.

The congregation, also known as Ministerio Evangelistico Columnas de Fuego, is located on the second floor at 2052 NW 22nd Ct. in Miami, according to state records. Beltres has been affiliated with the organization since at least 1996, according to the records.

A woman who answered the phone number listed for the religious organization on Friday said that Beltres was a pastor at the congregation and that the accusations against him were false. She did not provide her name and hung up on a reporter.

In the voice greeting for the phone number, Beltres identifies himself as a pastor and wishes blessings on his callers.