Learning to Be Human Again After a Lifetime of Self-Denial 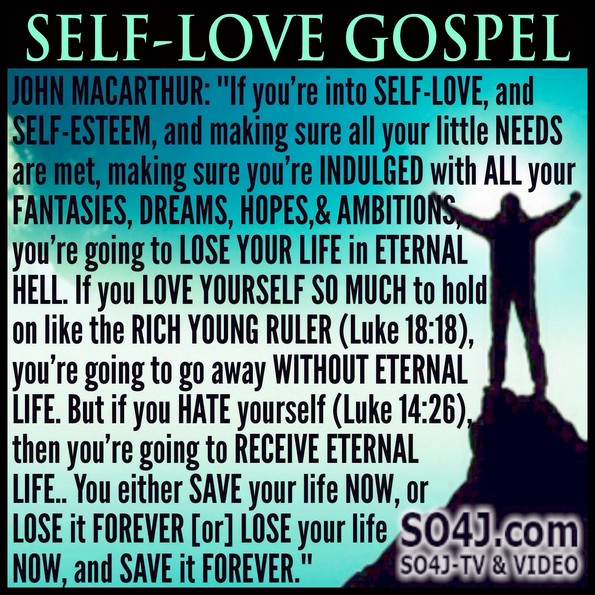 Originally written in 2009. Edited for grammar and clarity.

Evangelical Christianity teaches that followers of Jesus must practice lives of self-denial. Self is the problem — the flesh wars against the spirit, the spirit wars against the flesh. Far too many Christians, thanks to this teaching, live guilt-ridden lives. Guilt over giving in to the flesh, guilt over letting self have control.

Anger is bad. Anger is a sin. Yet, anger is a common, normal human emotion. In fact, people who never get angry have either taken too much Zoloft or there is something seriously wrong with them. So Christians perpetually battle with anger, often becoming angry over being angry. They tell themselves the Holy Spirit lives inside of them. There are no reasons for them being angry. They need to get right with God. Prayers are uttered, sins forgiven, slates wiped clean. Dammit, why did that idiot cut me off in traffic? Can’t he see that makes me angry?  Now I’ve sinned against God.

Let me pose a question to my readers:

What if it all is a lie? What if the very premise of self-denial has no basis? What if envy, pride, lust, greed, anger, and the other venial and mortal sins are a normal part of the human experience? Perhaps self-denial is the problem and not the solution. The flesh, who we really are, is not evil. It just is.

Evangelicals profess to believe that God created everything, including the first two humans, Adam and Eve. The creator God gave to humankind emotions. Evidently, God thought emotions were a good, even necessary part of being human.  But along comes Christianity with the beliefs of original sin and depravity. All people are inherently sinful, broken, and living lives without meaning, purpose, or direction. Unless people accept the sin “fix” of the blood of Jesus, they will live lives of desperation, ultimately dying in their sins and going to hell.

In accepting the sin “fix”, newly-minted Christians are expected to lay their lives at Jesus’ feet. They are told they must deny human nature, even going as far as to die to self. When Evangelicals get up in the morning and look in the mirror, the only face looking back at them should be the visage of Jesus. Yet, no matter how much they try, the only face they see in the morning is their own.

This is, of course, an impossible way to live. I have come to see that self-denial, at its basic level, is a lie. I can no more deny the emotions of self than I can survive without food and water. Certainly emotions can run wild and there is always the danger of extreme and excess, but denial is not the answer.

I spent most of my life suppressing who I really I am. Few people know the real me. The man they know is not who I really am. They only know the caricature. They know the façade.

As I attempt to find the real me there is some ugliness. A life of repressed emotions, a life of self-control, once freed from the constraints of Christianity, tends to be like a wild horse freed from a stock pen. Once free, the horse will never willingly return to its prison.

Maybe you are saying to yourself, I could never let my emotions have free reign. If I allowed my emotions to control me, I would certainly do terrible things. Are you sure? Or is that just what you have been told?

Evangelicals are taught that there is a slippery slope that must be avoided at all costs. The Bible says that Christians should avoid the very appearances of evil; that every thought, word and deed must be brought under control. The slippery slope argument goes like this: look at an attractive woman and say nice ass and you are on the path to becoming a rapist. If Evangelicals entertain anger in their hearts, according to the slippery slope theory, they are well on the way to becoming murderers. Many Evangelicals believe drinking alcohol is a sin. One drink and they are on their way to becoming alcoholics. Extreme? Sure, the Bible does say that Christians should pluck out their eyes or cut off their hands if they cause them to sin. Sounds pretty extreme to me.

Do some people who watch violent TV programs commit assault and murder others? Sure, a very small percentage pick up firearms and kill people. But the overwhelming majority of people can watch a horror flick without turning into Freddy Krueger. Do some men who look at pornography become child molesters or rapists? Sure, but again, most men can look at naked women on a computer screen and not turn into sex offenders.

Most of the ex-Evangelicals I have met through this blog have had to go through an extended period of reconnecting themselves with self. They have to relearn what it means to be human. They have to dredge up thoughts and emotions that have lain buried for years in the bottomless pit of repressive Evangelical faith.

The journey out of Evangelicalism is one of rediscovering who and what we are. This trek is exciting, frightful, ugly, and often contradictory, but it is honest and authentic. Shouldn’t that be the goal for all of us?