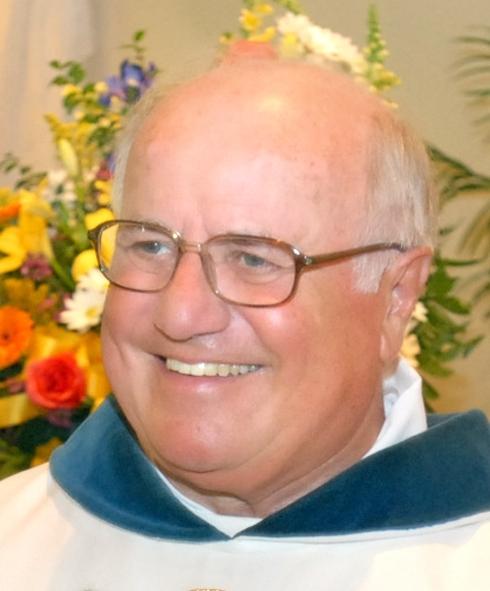 Greg Mason, a reporter for the Observer-Dispatch, writes:

A former Utica-area priest and the Roman Catholic Diocese of Syracuse each are facing a $25 million lawsuit from a man who claims the priest sexually abused him as a child.

The lawsuit, filed Friday in federal court in Connecticut by California man Matthew Strzepak, accuses former priest Felix Colosimo of molesting Strzepak from 1987 to 1990. Strzepak was between 12 to 15 years old when the acts reportedly were committed, according to the lawsuit.

In a statement Friday, the diocese revealed it had stripped Colosimo, who was retired by then, of his priestly duties in 2014 when it found Strzepak’s accusation credible. The diocese stated the Oneida County District Attorney’s Office was informed of the allegation.

When reached Saturday, Colosimo declined to comment in detail about the allegations against him.

“Again, same what I said from the very beginning, it’s not true,” he said. “The allegations are false.”

Strzepak told Syracuse.com that the abuse began in 1978 or 1979 when he was 4 years old, but New York state’s statute of limitations expired for those claims.

Strzepak told Syracuse.com that most of the abuse occurred in the rectory of St. Leo’s Church in Holland Patent, while some occurred at St. Peter’s Church. According to the report, Colosimo threatened Strzepak with violence if he told anyone.

The lawsuit indicates the abuse occurred in various locations in the Northeast, including Connecticut.

Colosimo raped the 12-year-old Strzepak in Connecticut in the fall of 1987, according to the lawsuit. Strzepak alleges the abuse continued until 1990, while he claims another individual — called John Doe in the court papers — also was sexually abused.

This abuse often would occur with Strzepak and Doe at the same time, with many interactions videotaped, according to the lawsuit. Doe is stated to have committed suicide sometime thereafter.

In his lawsuit, Strzepak claims he suffered serious and permanent injuries, both physical and emotional, that were exacerbated “by lack of timely treatment.” He stated this includes panic attacks, emotional distress, anxiety, frustration, disassociation, post-traumatic stress disorder and permanent psychological scarring.

In addition to the $25 million being sought from both Colosimo and the diocese, Strzepak is seeking special damages for medical expenses, past and future lost wages and other costs, according to the lawsuit.

Strzepak submitted his allegations to the diocese in writing in 2013, noting that the allegations were found credible a year later, according to the lawsuit.

In March 2016, the diocese reportedly agreed to pay for six counseling sessions for Strzepak in return for all of the treatment notes and records from his counselor. Whereas the lawsuit states counseling notes are used for insight by the diocese regarding potential legal liabilities, Strzepak indicated in the court papers that he also submitted a video recording — one depicting him and Doe shirtless — to the diocese in 2014, but the diocese has not turned over the video to law enforcement and the video’s whereabouts are unknown.