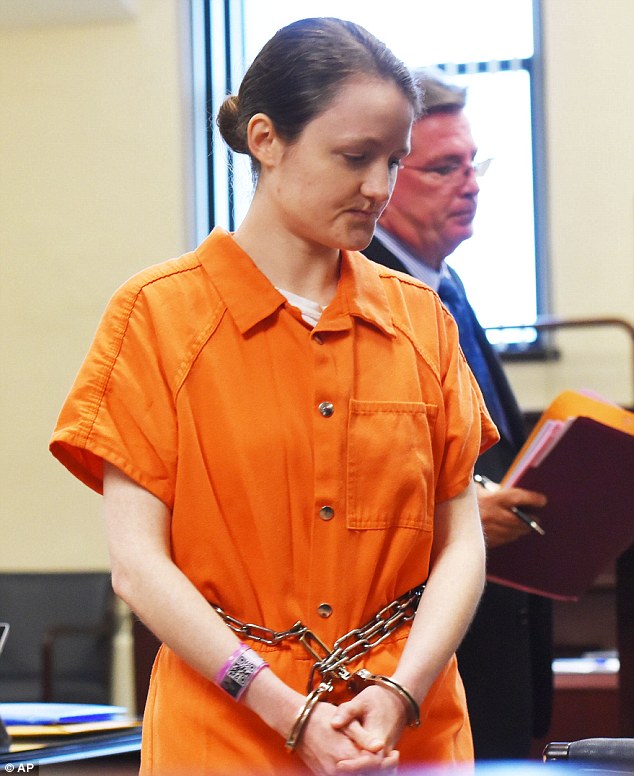 Tiffanie Irwin, pastor of Word of Life Christian Church in New Hartford, New York, pleaded guilty to manslaughter and was sentenced to twelve years in prison. Eight other church members were sentenced for their parts in the crime.

In October 2016, The Daily Mail reported:

The pastor of a small church where two brothers were beaten for hours during a counseling session that she called pleaded guilty on Friday to manslaughter and assault.

Three other church members admitted to less serious charges for their roles in the all-night beatings that killed Lucas Leonard, 19, and injured Christopher Leonard, 17, last October.

Word of Life Christian Church Pastor Tiffanie Irwin, her brother Joseph Irwin and mother and son church members Linda Morey and David Morey were the last of nine people charged to be convicted in the attack.

Investigators said the attack took place after the brothers discussed leaving the congregation.

Joseph Irwin and the Moreys each pleaded guilty to assault.

‘I can only hope that Luke can rest in peace, Chris can get on with his life,’ McNamara said.

The victims’ parents and half-sister and the pastor’s mother and a second brother were among those charged after members of the secretive church took the bloodied body of Lucas Leonard to a hospital, where doctors initially thought he had been shot.

Authorities later found his badly injured brother still inside the converted New Hartford school building that housed the church and living space for its leaders.

Christopher Leonard testified at an earlier hearing that Tiffanie Irwin asked his family and some others to stay behind for a meeting after an eight-hour Sunday service last October.

Over the next 14 hours, he said, he and his brother were pummeled in their torsos and genitals with an electrical cord.

McNamara has said the brothers were ordered during the beating to repent for a variety of sins, including using a voodoo doll.

Police have said there was no evidence to support a claim by their half-sister, Sarah Ferguson, that they had molested her children.

Ferguson was convicted of manslaughter and assault after a non-jury trial in July.

The only defendant to decline a plea deal, she was sentenced last month to 25 years in prison.

The church’s matriarch, Traci Irwin, and her son Daniel Irwin, a deacon, admitted to counts of unlawful imprisonment.

Sentencings are scheduled for December and January.

According to Wikipedia, the following sentences were handed down:

As of January 9, 2017 the disposition of the cases against the nine people involved on the assault on Lucas Leonard are as follows:

Bruce Leonard, the father, who whipped both boys during the session pleaded guilty to felony assault was sentenced to 10 years in state prison.

Deborah Leonard, the mother, who whipped them during the session pleaded guilty to felony assault, and was sentenced to five years in state prison.

On September 1, 2016 half sister Sarah Ferguson was sentenced to 25 years in prison after being convicted in July 2016 of manslaughter and assault.

Pastor Tiffanie Irwin, age 29, who called for the counseling session and oversaw its organization was sentenced on Dec. 19, 2016 to 12 years in state prison for manslaughter.

Joseph Irwin was sentenced on Dec. 19 to eight years in prison for gang assault.

David Morey was sentenced on Jan. 9, 2017 to five years in prison for assault.

Linda Morey who pulled the power cord out of the closet was sentenced on Jan. 9 to five years in prison for assault.