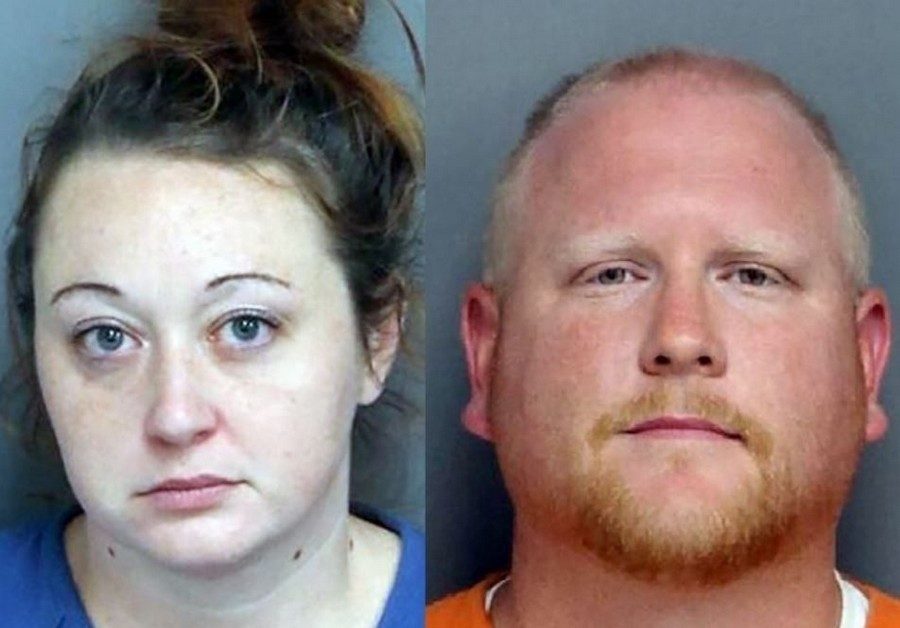 David English, pastor of New Hope Baptist Church in Clinton, South, Carolina, was arrested today on charges of second-degree domestic violence and unlawful conduct toward a child. English’s wife, Jennifer, was arrested on kidnapping charges after she disappeared with a two-month-old baby she was babysitting. According to WYFF, Jennifer English is a drug addict, and her husband, on occasion, has taken her to buy drugs.

Laurens County Sheriff Don Reynolds had this to say about the good pastor and his wife:

This was a terrible incident but, luckily, we found the baby before this turned out to be much more tragic than it already is. Hopefully, this lady will stay behind bars where she can’t put any more children in danger. As for Mr. English, this guy is a preacher, as well as a teacher in another county. It is very disturbing to think that someone in his position, which makes him a role model to our youth, would assist his wife in purchasing illegal drugs or would assault a woman. We will continue to incarcerate these types of violent offenders and put it in the hands of the prosecution.

New Hope Baptist Church is a King James-only Independent Fundamentalist Baptist (IFB) congregation. The church has no active web presence. Its Facebook page was disabled after the public became aware of what was going on behind closed doors with their pastor and his wife.