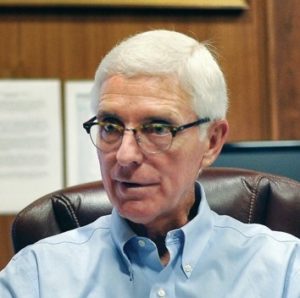 In August 2018, Bill Coates, pastor of First Baptist Church in Gainesville, Florida, retired after forty-seven years in the ministry. Coates gave several reasons for his sudden retirement, including the weight of an ongoing civil lawsuit filed against the church that alleges Royal Weaver Jr., a deacon and Boy Scout leader, raped Robert Lawson III during a scouting event in 1985. What Coates didn’t mention was the fact that the real reason for his abrupt moving on to new opportunities was due to a sexual misconduct allegation leveled against him.

The Rev. Bill Coates resigned as pastor of First Baptist Church in Gainesville in August following an accusation of sexual misconduct, according to a letter emailed to the congregation from church leaders on Monday, Oct. 15.

The misconduct with a female former church staff member allegedly occurred in 2005 or 2006, according to Kent Murphey, executive pastor at the church on Green Street.

Murphey told The Times the misconduct was not a criminal or civil offense, and that church leaders had worked with an attorney and gone “through a series of steps” to “make it possible for the church to avoid this in the future.”

The decision to release information of the alleged misconduct, Murphey said, came after this review and for the “purposes of openness and honesty.” [Greek for correcting Coates’ lying interview]

“Immediately upon receiving this report, the First Baptist Church leaders went to work to provide support for the well-being of the woman with whom Dr. Coates had the inappropriate relationship, in so far as they could, and also to assure that all current staff members are properly informed, educated, and provided with renewed training for appropriate professional ethical standards,” the statement, obtained by The Times, reads. “FBC will continue to work to maintain the highest ethical practices and the safety of its members in all ministries.”

In a text message, Coates told The Times, “I have been forthright and open with our church leadership in this matter.” He referred further comment to the church.

According to the church’s statement, the church’s transition leadership team requested late last week that administration release information about the alleged misconduct.

Coates voluntarily retired on Aug. 19, the statement reads, “after learning of a report having been made in which he was accused of sexual misconduct.”