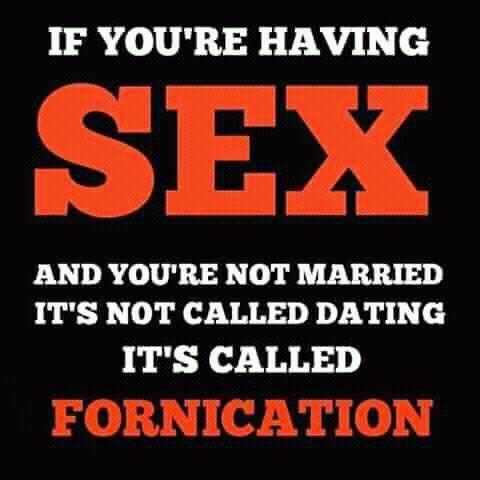 The Independent Fundamentalist Baptist (IFB) church movement believes that the Bible is the inspired, inerrant, infallible Word of God. Within its pages, True Believers® will find everything they need pertaining to life and godliness. The Bible, then, is a roadmap or a blueprint for life. Follow it and all will be well. Don’t follow it and you risk chastisement/judgment from God. IFB adherents are literalists who believe that all one needs to do to be pleasing to God is to strictly follow the commands and teachings of the Bible. Much like other sects, IFB congregants pick and choose which commands to practice and which to ignore. Their buffet line may have different foods from, say, Orthodox Presbyterians or Southern Baptists might have on their buffet, but the end result is the same: individual believers pick and choose the foods they want to eat, ignoring the rest.

Most IFB preachers believe that while each Bible verse has only one meaning, it has many applications. It is in applying the various commands/laws/precepts of the Bible that IFB churches and pastors develop what are called standards. These standards often become an extra-Biblical law that True Believers® are expected to follow. Failing to follow these standards will cause fellow church members to question your devotion and commitment to Jesus/church, and in some instances may cause them to doubt that you are a Christian. Thus, it is not uncommon for IFB church members to outwardly conform to these standards even if they don’t actually agree with them. All that matters is that you look the part.

When it comes to sex, all IFB churches are puritanical, believing that sexual intercourse should be reserved for monogamous, married, heterosexual couples. While there are many behaviors which will bring the ire of the church’s gatekeeper (the pastor), illicit sexual activities are viewed as sins above all sins. Spend three months attending an IFB church and you are sure to hear preaching against fornication, adultery, and homosexuality. In the minds of many IFB preachers, it is important to frequently remind church teens and adults of what God/church expects of them sexually. Virtually everything IFB preachers say about sex runs contrary to normal, healthy sexual desires. Thus, Sunday services all too often feature preachers screaming about sexual sin while countless congregants feel guilty for violating the Bible’s/church’s/pastor’s sexual mores. Of course, the root problem is the fact that humans are sexual beings, and it is healthy and normal to want/need/desire sexual intimacy.

What happens when it becomes public knowledge that a congregant violated his or her church’s interpretation of the Bible; when a church member gives in to their worldly, fleshly desires and commits adultery or fornication? Most IFB churches are anti-birth control for unmarrieds. They ignorantly and foolishly believe that teens and adults will wait until marriage to have sex, so there’s no reason for anyone to be instructed in how to use birth control, This, of course, leads to church girls occasionally getting pregnant. How do IFB churches respond when one of their “virgins” end up pregnant?

Some IFB churches try to hide these things from view by sending offenders away to Christian reform schools or homes for unwed mothers. Out of sight, out of mind. Other churches demand immediate marriage. Believing that the sex act binds a couple to one another, marriage is viewed as the Christ-honoring thing to do. Years ago, in one church I worked in, a sixteen-year-old girl got pregnant. The pastor told her that she had to immediately marry her baby’s father. A private, close family-only wedding service was held, with the bride forced to wear a non-white dress. The pastor told her that white was reserved for virgins, and since she was no longer “pure” she forfeited the right to wear white. This sham wedding, of course, didn’t last. After a few years, she and her husband divorced, bringing a fresh wave of condemnation from the church congregation and its pastor.

Back in my college days, one of my wife’s friends had sex with her boyfriend before they were married. They had planned to get married soon, but as was often the case, their raging hormones won out over Jesus/Bible/church. Unfortunately, this young woman bled profusely after having sex, alerting her parents to the fact that she had broken the law of God (and her hymen). Her father forced her to drop out of college and immediately marry the man who robbed her of her virginity. She never returned to school.

Some IFB churches publicly shame and humiliate teens and adults who engage in sexual sin. My wife and I were visiting an IFB church one Sunday when the congregation and its pastor had a pregnant teen stand before her family, friends, and fellow church members and confess her sins. I felt so sorry for the girl. Her bulging abdomen was not enough shame for her, oh no! It was necessary to heap Bible-inspired judgment upon her head. Of course, once she had repented with wailing and gnashing of teeth, the church body surrounded her and showered her with ‘love.” One might ask, what kind of love is this? IFB love. A warped love that is conditioned on obedience. An abusive love that is extended only after the person has been violently assaulted with the Bible.

It should not come as a shock, then, that there is a lot of sexual and marital dysfunction in IFB churches. From the pulpit to the youth group, you will find True Believers® who have warped understandings of human nature and sexuality. Instead of embracing their sexuality, IFB congregants are in bondage to the Bible and a fallible man’s interpretation of an ancient religious text. Giving in to the “flesh” leads to a constant cycle of sex/guilt/forgiveness. Try as they might, once IFB church members drink a milkshake at the Dairy Queen, they always want to stop for a shake every time they pass a DQ. So it is with sex. Once you have experienced raw, exciting sexual passion, there’s no going back. Instead of acknowledging this fact, IFB preachers demand offending congregants put the proverbial genie back into the bottle and live chaste, “Biblical” lives.

If I have learned anything about IFB churches it is this: there’s a lot of fucking going on. The only difference between what goes on in secret in IFB churches and what goes on in the world is that True Believers® feel guilty afterwards. The unwashed, uncircumcised Philistines of the world don’t worry about what the Bible says about their behavior. Yes, some worldlings have problems with guilt too, but more often than not, you will find Fundamentalist religion lurking in the shadows of their lives.