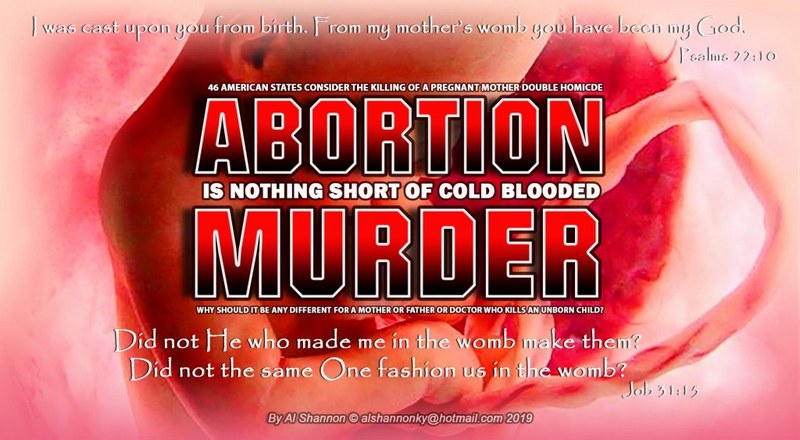 There is a staggering lack of Biblically-based knowledge and impact in America’s public square. Secularism, Christianity’s chief competitor, thrives solely in the absence of morality, and Christians have handed over the culture and its mountains of influence to those in rebellion against God. Any casual observer will recognize that secularism’s dominance of academia, newsrooms, sports, the Courts, big business, Hollywood, and medicine is a direct result of Christians ‘not doing politics’. It would seem that modern Christianity is ‘not doing education’ either, given that the secular worldview now is being spoon-fed to 85% of America’s youth. Until Christians step into the public square, reestablishing a Biblically-based culture, the ‘sexualization’ and secularization of youth, allied and abetted by Hollywood and media cliques, will continue to bring the nation to ruin.

Evangelicals, conservative Catholics, and Mormons clamor for a Bible-based culture. In their minds, the Bible is the moral and ethical standard by which all of us should live. If only the United States were governed by the dictates of the Bible, all would be well. Several years ago, a local Fundamentalist Christian wrote a letter to the editor of the Defiance Crescent-News (behind a paywall) extolling the wonderfulness of living in a country governed by the Bible. He went on to say that no one should fear Bible-based rule. “Christians,” he said, “only want what’s best for everyone.” Sadly, there are a lot of naive believers who think just like this man; that Christians only want love, joy, peace, and ice cream for everyone. However, history tells us differently; that when church and state are one, blood is shed, people die, and freedoms are lost. And make no mistake about it, theocracy is the goal. Christian apologists might hide their theocratic beliefs with flowery words and philosophical verbiage, but the naked truth is that, in their minds, there is one Lord, lawgiver, ruler, king, and potentate, and his name if Jesus. There is one perfect and infallible law book — the Bible. Knowing these things to be true, perhaps we should ponder what a Bible-based culture would look like?

One need only look at the frontal assault on abortion and Roe v. Wade to see what a Bible-based culture might look like. Anti-abortionists, using an incremental approach, have been chipping away at abortion rights for decades. Their efforts have reached the point of critical mass, and now abortion is effectively and totally banned in numerous states. These bans, of course, are meant to be a vehicle by which to relitigate Roe v. Wade. Now that President Trump has put two conservative pro-life judges on the U.S. Supreme Court, it is likely that the Court will, when given the opportunity, overturn Roe v Wade. This will, then, return the regulation of abortion to the states, and when that happens, many state legislatures will quickly move to ban and criminalize abortion — including abortions in the case of rape and incest. This will not be the end of the matter either. Emboldened by their win, Fundamentalist Christians will demand that birth control be outlawed and public-school students be taught Bible-based abstinence-only sex education. These zealots will also tirelessly work to enact laws that give fertilized eggs constitutional rights — demanding personhood for zygotes. The culmination of their efforts will come when doctors, following the dictates of their conscience, are prosecuted for performing abortions and mothers are arrested and imprisoned for “murdering” their unborn “children.”

Several years ago, the U.S. Supreme Court legalized same-sex marriage. The same people who tirelessly worked to ban abortion are the same people who strived to criminalize homosexuality and deny LGBTQ people the same constitutional rights afforded to heterosexual Americans. Don’t think for a moment that these people are sitting at home licking their wounds as they watch lesbian porn. Convinced of the rightness of their beliefs and interpretations of the Bible, these Fundamentalist Christians are plotting to force gays back into closets and recriminalize sodomy and other “perverse” sexual behaviors. Now that the makeup of the Supreme Court skews to the right, I have no doubt that these zealots will do their best to afford the Court another bite at the same-sex-marriage apple. Believing that the Bible condemns homosexuality, theocrats demand and work towards a Bible-based culture where the Good Book®, and not personal morality and preferences, determines who may fuck whom when, where, and how. Failing to fuck according to God’s Holy Word would lead to arrest and imprisonment. And if these theocrats are consistent, they will demand that “sodomites” be executed for their crimes against humanity. This, dear readers, is what a Bible-based culture looks like.

In a Bible-based culture, other sexual “sins” such as adultery and fornication would also be banned. In fact, in the Old Testament alone, there are 613 laws. Of course, no Christian has ever kept all of God’s laws. Most Christians, including those clamoring for a theocracy, regularly and with impunity ignore God-given laws. Can anyone say, HYPOCRITES?! That said, even limiting a Bible-based culture to the Ten Commandments, is dangerous. In both versions of the Decalogue — yes there are two versions and they differ from one another — the Christian God demands total and absolute fealty and worship. According to numerous Bible stories, worshipping other gods was considered a capital crime punishable by death. I am quite sure that if Fundamentalist Christians ever gain the power of the state, the first people rounded up and sent to Franklin Graham Reeducation Camps will be atheists and Muslims. Fundamentalist Christians have a deep-seated hatred for the godless and worshippers of Allah. It chaps their testicles that we roam free on the Internet and in public. Every time the Freedom From Religion Foundation successfully litigates a church-state issue, their email inbox is filled with hate mail from offended followers of Jesus. Imagine these same people having the power of the state at their disposal. In a Bible-based culture, there’s no freedom of/from religion. There’s one God — Jesus — one religion — Christianity — and one lawbook — the Bible.

The next time you hear the cacophony of Fundamentalist Christians demanding the United States adopt a Bible-based standard of behavior, ask them exactly what they mean. Peruse the list of Actions Prohibited by the Bible on RationalWiki, and then ask them if their Bible-based culture would include some or all of the listed prohibitions. I think you’ll find that few zealots really want to live by all of the laws found in the Bible. Damn, talk about a miserable life! No, most theocrats just want to legislate and criminalize the big stuff. What they want, most of all, is a return to the 1940s and 1950s — a time when women were submissive keepers of their homes, people of color knew their place, LGBTQ people were not seen or heard, and the only fucking going on was that between monogamous heterosexual married couples. They want a culture where everyone goes to church, loves Jesus, and school children read the Bible and pray every day. In other words, Christian Fundamentalists want to roll back a hundred years of social progress. Never mind that their vision of a Mayberry-like world exists only in their Bible-sotted minds. Does anyone really believe Andy wasn’t fucking Helen and Gomer wasn’t smoking weed in the gas station bathroom?

The other day, I wrote a post detailing why Evangelicalism is dying. Let me be clear, Evangelicalism IS, most certainly, dying, but it has stage-one, not stage-four, cancer. One need only watch the machinations of Evangelical culture warriors to see that they have no intentions of going quietly into the night. There are times when I tip my cap to Christian Fundamentalists. They know what they are fighting for and are willing to metaphorically and, at times, literally kill everyone who gets in the way of their goal of establishing God’s kingdom on earth. Far too often, liberal and progressives are way too nice and polite. We can learn something from the tactics of Christian zealots: that social progress will only be achieved by stomping the beliefs and demands of theocrats into the ground. Until we understand that we are in a battle for the soul and future of American secularism, we will continue to have our asses handed to us by those demanding King Jesus rule over us all. Way too many secularists, religious or not, sit on the sidelines shooting the breeze while Christian Fundamentalists, in White Walker fashion, wage war against our Republic.

If the very thought of living in a Bible-based culture scares the living Christopher Hitchens out of you, then do something about it. You can start by joining and supporting groups such as the Freedom From Religion Foundation, American Atheists, American Humanist Association, Secular Coalition for America, Secular Student Alliance, American United for Separation of Church and State, and the American Civil Liberties Union. Write letters to the editor of your local newspaper. Work to elect political leaders who understand the importance of the separation of church and state and who will work with indefatigability to promote and preserve American secularism. And most of all, live out your liberal, progressive, humanistic values and ideals before the world. Let them see that there is, indeed, a better way.

If we don’t wage holy war against theocrats, who will? Passivity is deadly, and if we refuse to fight, we have no one to blame but ourselves when President Billy-the-Baptist and a Christian Congress demand Americans everywhere bow and worship the one true lawgiver, Jesus.