Christians Say the Darnedest Things: Dennis Prager Blames the Left for the Sexual Liberation of Women

Note: Dennis Prager is a Jew, yet his beliefs differ little from those held by Evangelicals.

As I have documented on a number of occasions, the Left ruins everything it touches. There is no exception. From universities to high schools and now including even elementary schools, to late-night TV, to sports, to the arts and, increasingly, science, the Left is a destruction machine.

And nowhere is this damage more evident or tragic than with regard to women.

In fact, nothing demonstrates the power of left-wing ideology as much as what this ideology has done to women. So powerful is leftist ideology, it is more powerful than women’s nature.

For all of recorded history, virtually all women sought a man with whom to bond. Of course, a progressive would argue that this was true only because all societies implanted this desire in women or because societal pressure gave women little choice about the matter. It is not, progressives would argue, innate to female nature to yearn for a man.

But whatever the reason — innate nature or societal expectation — it is a fact that women desiring a man was virtually universal.

Then along came modern left-wing feminism, which communicated to generations of young women through almost every influence in their lives — most especially teachers and the media — that a woman doesn’t need a man. In the witty words of one feminist aphorism, “A woman without a man is like a fish without a bicycle.”

Along with wanting a man, the vast majority of women wanted to marry. It was assumed that wanting that public commitment to and from a man was part of female nature. Yet, the Left has successfully undone that part of women’s nature, too.

As a result of feminist and other left-wing indoctrination, the belief that a woman doesn’t need a man led to the inevitable upshot: marriage isn’t necessary. And it might even be a tool of oppression. And as a result of that, a smaller percentage of American women are marrying than ever before.

This has serious social consequences. We have long known that single men perpetrate most of the violent crime in society. Single men are a societal problem. What we have not acknowledged — and perhaps not even known — are the deleterious effects of women not marrying.

While single women don’t commit nearly as much violent crime as single men do (though they may be starting to catch up), single women are increasingly a societal problem. The most obvious problem is that women who have children without ever marrying their children’s father — or another man — produce a highly disproportionate percentage of social misfits. But many women who never give birth nor marry also constitute a societal problem. They are more likely to be angry and to express that anger in support of radical causes that undermine society. As Barron’s reported, while overall a mere 14.2% of the population contributed to “racial justice causes” such as Black Lives Matter in 2020, “nearly half of single women in the U.S. — a larger percentage than single men or married couples — supported or were actively involved in racial justice protests.”

As reported by one women’s activist organization, Women’s Voices Women Vote, already in the 2012 election, “the marriage gap dwarfed the gender gap…”

No. 3: The Desire to Have Children

At least as much as wanting to bond with a man and wanting to get married were deemed a part of women’s nature, the desire to have children was regarded as even more embedded in female nature. Yet, incredibly, leftist ideology is even succeeding in eliminating that part of women’s makeup. More women than ever before — abroad as well as in America — are choosing not to have children. See, for example, the article, “More women like me are choosing to be childfree. Is this the age of opting out?” published, appropriately, in The Guardian. The author ends her piece this way: “I’ll say it plain: I don’t want children, I never have, and it doesn’t feel like any kind of lack. To me, it just feels like being alive.” She speaks for an increasing number of women.

No. 4: The Desire to Have Sex with Commitment

Another part of women’s nature that the Left has undermined is the desire of women to have sexual relations with a man who might commit to her. Or, at the very least, to have sex only with a man to whom she has some emotional attachment. Left-wing feminist ideology has even been able to undermine that. Three generations of American women have been indoctrinated into believing that their sexual nature is the same as that of a man. Therefore, she can have “hookups,” i.e., non-emotional, non-committal sex, just like men can with no emotional fallout. And so, many young women do. But a far greater percentage of them experience regret or even depression than do young men who engage in “hookup” sex, a form of sex that is indeed part of male nature.

No. 5: The Desire to Protect Children’s Innocence

Perhaps the most amazing thing progressive ideology has done to women is to subvert the innate female desire to protect children, specifically children’s sexual innocence. The movement to teach very young children about sex, about “gender fluidity,” expose them to “Drag Queen Story Hours,” etc., is overwhelmingly led by and composed of women.

— Dennis Prager, RealClear Politics, What the Left Has Done to Women, April 12, 2022

In Atheism Kills, Barak Lurie exposes the horrors of a world without God. Contrary to the mantra we’ve heard time and time again that religion is responsible for more deaths than anything else, it is in fact the absence of God which has killed–in obscene numbers. Ever since atheism first assumed government control in the French Revolution, it has done nothing but kill.

Atheism has killed through its many deputies: progressivism, eugenics, fascism, and communism. Lurie shows that it was the godlessness in each of these ideologies that killed hundreds of millions.

But atheism doesn’t just kill lives. It kills purpose, free will, beauty, compassion, a sense of the past and future, creativity, and freedom itself. Atheism offers only the horrors of chaos and totalitarianism.

The world misplaces its focus on Radical Islam as the greatest threat to civilization. As horrible as it is, it is doing nothing and having no sense of self which are the true enemies. It was our will to fight and sense of mission that overcame fascism and communism. We must have these to keep Radical Islam at bay, too.

This is why we must resist the growth of atheism. It was God that gave us our freedom. It was God who gave our sense of purpose that created civilization. Take those away, and there is nothing to fight for. In this way, Lurie shows that the lack of belief in God is our greatest danger. How does he know? Because like a hurricane, godlessness has only known how to destroy everything in its path. It has never created.

That preparation can only come with our embrace of the centrality of God.

Dennis Prager, forward to the book, Atheism Kills: The Dangers of a World Without God — and Cause for Hope by Barak Lurie

The Voices of Atheism: Dennis Prager’s View of the Ten Commandments Refuted by Aron Ra 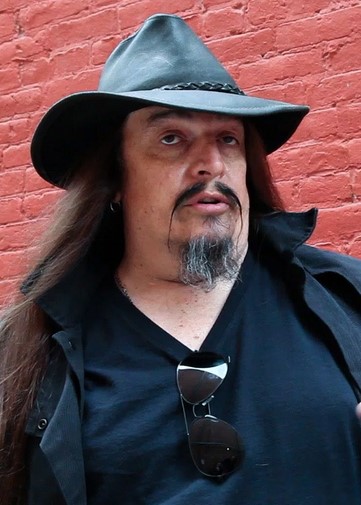 This is the seventh installment in The Voices of Atheism series. This is a series that I would like readers to help me with. Know of a good video that espouses atheism/agnosticism or challenges the claims of the Abrahamic religions? Please email me the name of the video or a link to it. I believe his series will be an excellent addition to The Life and Times of Bruce Gerencser.

The Sounds of Fundamentalism: God — the Only Reason All of Us Aren’t Murderers by Dennis Prager 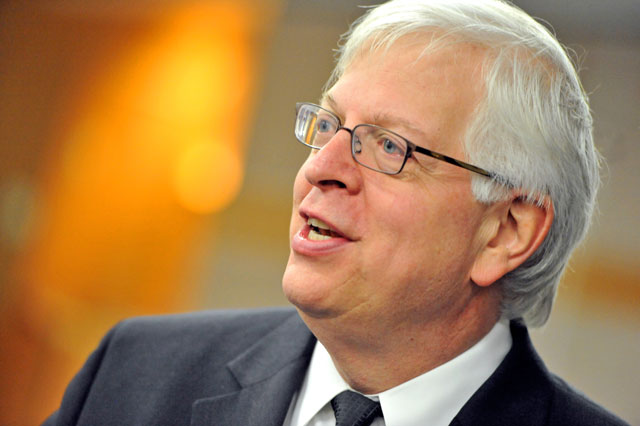 This is the one hundred and fiftieth installment in The Sounds of Fundamentalism series. This is a series that I would like readers to help me with. If you know of a video clip that shows the crazy, cantankerous, or contradictory side of Evangelical Christianity, please send me an email with the name or link to the video. Please do not leave suggestions in the comment section.  Let’s have some fun!

Today’s Sound of Fundamentalism is a video clip by Dennis Prager. Prager is a Jew and proponent of Judaeo-Christian objective morality. At least in theory, that is. By being thrice married, twice divorced, Prager shows that he is a hypocrite when it comes to God’s objective moral standard concerning marriage and divorce. Shocker, I know.