Several years ago, The Foundations of Morality blog posted an article by “Dr.” David Brown that gives seven reasons why Christians should NEVER, EVER drink alcoholic beverages (links have been removed due to the malware they serve up):

Are you ready, contestants? It’s time to play The Evangelical Never, Ever Game.

Using David Brown’s “logic,” I can come to the following conclusion:

Wasn’t that fun? Let’s play another round.

Isn’t this game fun?  Feel free to continue playing the game in the comment section.

“Dr.” David Brown is the pastor of First Baptist Church of Oak Creek, Wisconsin. You can check out his blog here.  First Baptist is an Independent Fundamentalist Baptist (IFB) congregation.

Former Pastor Michael Trosclair and his wife Shari Treba were arrested recently ans charged with “neglect of a dependent in a situation that endangers the dependent” and public intoxication.

A mom and dad from Alabama were arrested after allegedly taking their infant daughter to party at an Indiana bar — as witnesses said the mother drank and smoked while breastfeeding her child.

Michael Trosclair, 45 and Shari Treba, 42, were taken into custody and charged with neglect of a dependent in a situation that endangers the dependent. They were also hit with a public intoxication charge.

“Partying was more important than their child,” a detective wrote in an affidavit. The suspects reportedly were in town for a work conference. Trosclair’s LinkedIn profile shows he’s a former senior pastor, AL.com noted.

Indianapolis Metropolitan Police Department officers were dispatched to the Wild Beaver Saloon early Friday morning following reports of a woman asking customers for beer, according to the probable cause affidavit obtained by AL.com.

Police confronted Treba while she was standing near a stroller. When police asked her who the baby belonged to, she said the baby girl was hers. Police said that Treba’s “breath and person” smelled like alcohol. She allegedly had to be asked several times who she was and where she was from.

A witness at the bar told the officer that Treba had been offering sex to individuals who would go inside the establishment and get her a beer. The witness also told police that he had watched Treba drink while simultaneously breastfeeding. Other witnesses told police that Treba had previously chained the stroller – with the baby still in it – to a post outside the bar and went inside to buy a drink.

Treba allegedly informed police that she was with her husband and friends from his job.

Her breath alcohol content at the time of her arrest was .193.

Trosclair allegedly became angry after Treba was confronted by police. “Mr. Trosclair became belligerent and started demanding to talk to a lawyer and telling us we weren’t going to do anything,” according to the affidavit. “It was at this time, due to Mr. Trosclair’s behavior, I put him in cuffs for fear he may fight us with the baby right there.”

The baby would be checked out by medics, officers told Treba. They also called Child Protective Services and a child abuse investigator to the location at the time of the incident.

One report states that Trosclair was at one time the pastor of Turning Point Church in Theodore, Alabama. According to Charisma News:

Three years after parting ways with the United Pentecostal Church International, Michael Trosclair, a former senior pastor at Turning Point Church in Theodore, Alabama, was arrested at a bar along with his wife and their infant daughter in tow.

An official with the UPCI headquarters in Weldon Spring, Missouri, confirmed with The Christian Post Thursday that Trosclair was once a licensed minister with the organization but has not been affiliated with them for about three years.

She declined say for how long he was an active minister.

A February 28, 2018 Christian Post news report states that Michael Trosclair and wife Shari Treba the were found not guilty:

A former United Pentecostal Church pastor and his wife, who were arrested at a bar in Indiana last summer for allegedly being drunk while neglecting their infant daughter, have been found not guilty of the charges.

“After 263 days of silence and public shame, we are grateful for the verdict of ‘not guilty.’ This verdict contributes to our continued healing from the loss and emotional pain caused by this incident. We now look forward to expressing the true story of who we are and what happened,” Michael Trosclair, a former senior pastor at Turning Point Church in Theodore, Alabama, and his wife, Shari Tremba, said in a joint statement released by their lawyer Marc Lopez of Indianapolis.

Lopez said the Marion County Prosecutor’s Office filed felony charges on June 19, 2017, against the couple, but after deliberating for less than 20 minutes last week an Indianapolis jury found them “not guilty” of all crimes charged.

“I am so happy at the verdict in this case. And I want to thank Michael Trosclair for putting his faith into me and my law firm in representing him. When Michael hired me, he told me he was going to fight this the entire way. And we did,” Lopez said.

Witness testimony showed that while Trosclair and Tremba were in Indianapolis for a financial industry convention they were accompanied by two caretakers who were charged with the care of their 7-month-old as they networked with other convention attendees.

On the night of their arrest, the group had dinner, participated in convention activities, and took a walking tour of Indianapolis, the evidence showed. While walking past a downtown bar, Trosclair went inside to greet a business partner while his 7-month-old daughter stayed outside the bar with Tremba and the two other adult caretakers.

While Tremba waited outside with the 7-month-old child, a patron of the bar called 911 stating he had seen her being neglectful of the child.

Witness testimony at the trial, however, contradicted the allegations of the 911 caller, noting that the only thing Tremba did was consume one 10-ounce beer. The person who gave her the beer testified that he did so about 10 minutes before the police arrived. He also said Tremba was not intoxicated.

When police officers arrived on the scene and informed Tremba to get her husband and that her daughter would be taken to the hospital to be evaluated she became upset. When her husband arrived and learned what was happening he became upset as well and they were both arrested.

Songs of Sacrilege: Are You Drinkin’ With Me Jesus? by Jello Biafra & Mojo Nixon 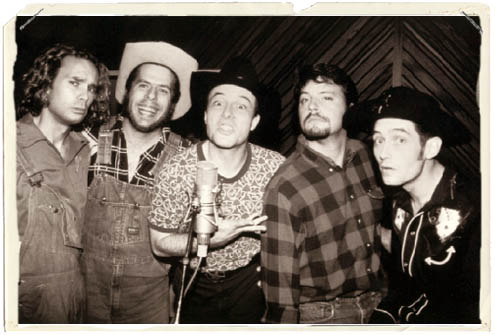 Today’s Song of Sacrilege is Are You Drinkin’ With Me Jesus? by Jello Biafra & Mojo Nixon.

Does your head pound, Jesus
As hung over you do rise
How does paradise look, Jesus
Through holy bloodshot eyes

Should we take a cab home Jesus
Man, we can hoof it from here
I know you can walk on the water
But can you walk on this much beer