The Voices of Atheism: Why Theists Can’t Convert Atheists by Genetically Modified Skeptic 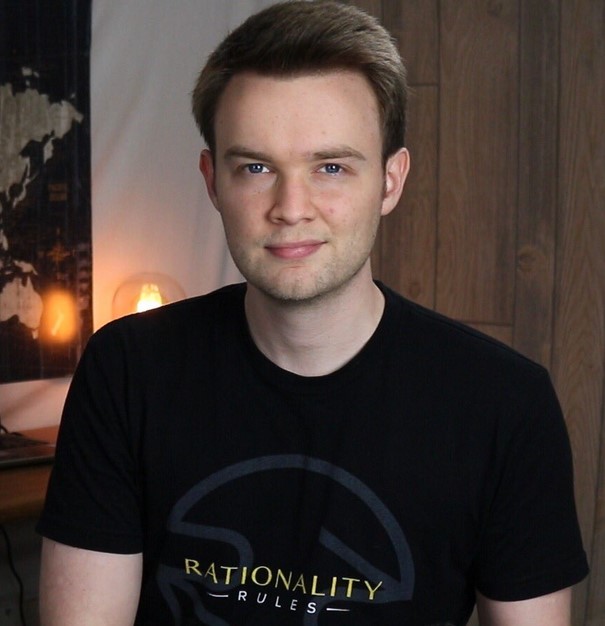 This is the fourth installment in The Voices of Atheism series. This is a series that I would like readers to help me with. Know of a good video that espouses atheism/agnosticism or challenges the claims of the Abrahamic religions? Please email me the name of the video or a link to it. I believe his series will be an excellent addition to The Life and Times of Bruce Gerencser.

It seems these days that every Evangelical preacher, evangelist, and apologist has a story about an atheist who saw the truth of Fundamentalist Christianity and got saved. Some of these zealots have personal testimonies of their own atheism before they became Christians. After listening to or reading dozens of such stories, I have concluded that many of these storytellers are liars for Jesus; that careful examination of their stories reveal ignorance of what atheism is and isn’t.

Many Evangelicals believe that all non-believers are atheists. Of course, when I argue that all babies are born into this world atheists, Evangelicals object, saying that all humans are born with a God-given conscience. So which is it? Non-believers are atheists or non-believers have a God-given conscience? Are humans naturally blank slates upon which tribal religion must be written or are they born with God-shaped holes in their hearts? If no one is born Christian, then what is the nature of a newborn baby?

Atheism is not the human default. Atheism requires an act of volition. An atheist, then, lacks belief in the existence of Gods. Claiming the atheism moniker requires a person to actually think about the existence of God(s). Sadly, far too many people use the atheist label to cover up intellectual laziness or indifference towards religion. I prefer such people use the NONE label. Atheists, on the other hand, have weighed religion in the balance and found it wanting. Many atheists are actually quite conversant on matters of religion, having spent some or much of their lives believing in God. It should come as no surprise that many atheists know the Bible better than practicing Christians. It was the Bible that ultimately led them into unbelief and atheism.

So when I hear Evangelical talking heads speak about being atheists before they became Christians, I want them to explain how they are using the word “atheist.” More often than not, they are using the word incorrectly. The word “atheist” is not a placeholder for unbelief. When an Evangelical tells me he was an atheist before becoming a Christian, I want to know exactly how he became an atheist. If he says, oh, I always was an atheist, I then know that he was a NONE and not an atheist. The same goes for people who say they were Evangelicals, became atheists, and then later returned to Evangelicalism. While it is certainly within the realm of possibility for someone to follow such a path, I have a hard time believing someone who says he was a studied atheist, realized the error of his way, and became an Evangelical. Knowing first-hand what goes into someone leaving Evangelicalism and embracing atheism, I can’t imagine someone rejecting all he knows to be true for a belief system that he has already deemed incoherent and false. It leaves me wondering, what is the real reason for returning to the Evangelical cult

Evangelicals-turned-atheists go through great intellectual and psychological struggles before divorcing themselves from Jesus. Rarely do such people have an atheist version of the Evangelical born-again experience; where a person instantaneously goes from unbeliever to believer. Most atheists I know spent months and years deciding whether Christianity was true. And even then, they often didn’t embrace atheism right away. Desperately wanting to hang onto some version of God and life after death, many atheists dabble with liberal/progressive Christianity, Unitarian-Universalism, or other religions before concluding that all extant deities are false gods. In my own personal experience, I stopped numerous times along the slippery slope towards unbelief, hoping that I could find a religion and a God I could live with. Ultimately, I hit bottom, realizing all the deities in the extant panoply of Gods are powerless mythical beings.

The next time a Christians tells you that he was an atheist before Jesus gloriously saved him from his sins, ask him to explain the word atheist to you. Ask him, how and why did you become an atheist? If he can’t give a clear-cut testimony of how he came to a lack of belief in the existence of Gods, then it is likely that he was never an atheist or he was, at best, a cultural atheist (as is the case in some European countries where most people are born into atheist homes or who have never had any form of religious experience).

Some atheists want the attach certain philosophical, political, or social beliefs to the word atheist. I see this happening with social justice issues. Godless social justice warriors demand atheists embrace their causes if they plan on claiming the atheist label. While I agree with them on the issues, I refuse to make adherence to certain political or social issues a litmus test for being a True Atheist®.

I see atheism as a big tent. Yes, most atheists I know are politically liberal/progressive. But I do know a few atheists who are libertarians, and I even know — I shudder to think how it is possible — several atheists who voted for Donald Trump. I must live with the fact that some of my fellow atheists have different political beliefs from mine. We agree when it comes to religion, holy books, and gods, but when it comes to economics, abortion, and the designated hitter rule, our beliefs diverge.

Christians rightly object when ill-informed atheists define Christianity/Evangelicalism differently from the way that the cult members do. The followers of Jesus have every right to define what it means to be a Christian; they have every right to define what their beliefs are. The same respect should be granted atheists. It irritates the Heaven out me when a Christian zealot refuses to allow me to define who and what I am. Among atheists, there’s a common definition of atheism: the lack of belief in the existence of Gods. Any beliefs beyond that do not require atheism. For example, I am a humanist. While many (most?) atheists are humanists, humanism does not require a lack of belief in the existence of Gods. More than a few believers consider themselves Christian humanists or religious humanists. Atheism, then, is simply my belief about the existence of gods. Humanism is the moral and ethical framework by which I govern my life. It is, in effect, my Ten Commandments, my law of God.

I wish Evangelical pastors would invite atheists to their churches to educate congregants about atheism. Far too many Christians are ill-informed about atheism, having only heard what their preachers say on the matter or read what Dr. Rev. Blow Hard says in his polemical rant against atheists (and the same could be said about atheists who are ignorant of Christian doctrine and practice). Atheists, contrary to what Evangelicals have been told, don’t worship Satan, nor do they deny God’s existence just so they can behave immorally. Atheists are not evil God haters who want to imprison Christians and burn down house of worship. The caricature most Evangelicals have of atheists is every bit as mythical as their God.

Have you met Christians who claim they were atheists before getting saved, or who once were Christians but who deconverted and later returned to the faith?  If you are an Evangelical-turned-atheist, how did your pastor define atheism? If you are currently a Christian, how does what you hear from the pulpit about atheists/atheism compare with what I have written here?  Please share your thoughts and experiences in the comment section.