Songs of Sacrilege: The Steeple by Halestorm

Today’s Song of Sacrilege is The Steeple by Halestorm.

According to Charisma News, Doug Weiss is a nationally known author, speaker and licensed psychologist. He is the executive director of Heart to Heart Counseling Center in Colorado Springs, Colorado. I never heard of Weiss until today.

My gender entitles me to … In Christ there is no male or female (Gal. 3:28). Using your gender for hierarchy or control is not only sad, it’s dangerous. Marriage is between three people—the King of kings, God, is the only king in your marriage. All others are servants of Him and each other.

Weiss spectacularly fails in his understanding of the secular (humanist) view of marriage. Secularists don’t, in the main, believe that marriage is between a man and a woman. Secularists were front and center in the battle for justice and equal protection under the law for LGBTQ people. We resolutely supported same-sex marriage, and we continue to support the right of men and women to enter into consenting sexual relationships with whomever they wish. Heterosexual marriage between a man and a woman is but one type of relationship secularists approve of. Why, we even approve of real threesomes between likeminded people.

Weiss, much like Michelle Lesley, about whom I wrote earlier, preaches the gospel of self-denial. What YOU want, need, or desire doesn’t matter. The standard for all relationships is the Bible, or better put, the interpretation of the Bible by men and women who feel duty-bound to control the relationships of others.

Years ago, my best friend and I — a fellow preacher — were talking about sex. I let him know that when Polly and I had sex we liked to listen to the Carpenters — the old secular CD we owned. My friend was troubled by my “liberal” approach to fucking. He and his wife only listened to hymns while having sex. I thought, at the time, I can’t imagine listening to “What a Friend we Have in Jesus” or “Victory in Jesus” while having sex. It’s not that I didn’t have a Christian ethos when it came to sex, I did. However, I didn’t think it was necessary to turn our bedroom romps into praise and worship services.

According to Weiss, God is the KING of heterosexual Evangelical marriages. Dammit, can’t Evangelicals even fuck in private without their God sticking his nose in their business? Weiss, says no. While Weiss believes secularist beliefs turn marriages into twosomes, this runs contrary to Evangelical orthodoxy. God is all-knowing, all-powerful, and everywhere at one time. Allegedly, we can’t escape God. He is on the job, 24/7, watching every sex act, and writing down for future reference who fucked whom, when, where, and how. Come judgment day, God will replay our lives — ala Jack Chick’s, This Was Your Life — and call us into account for every sex act that wasn’t according to the strictures and rules of the Bible. Boy, some of you have a lot to answer for. 🙂 Not me. Not my wife. Well, outside of listening to Karen and Richard Carpenter while we had sex in our Christian days and listening to rock groups such as Halestorm when we are in the mood for a raucous romp. And then there’s . . . well, shit, I guess our This Was Your Life video will be quite risque, dare I say, pornographic.

If forced to choose between the music of Fanny Crosby or Lzzy Hale, I am going to play Hale and Halestorm every time. Maybe that’s just me, but something tells me I am not alone. Even Evangelicals prefer twosomes to God creepily peering over their shoulder while they go down on their lover.

Weiss believes that if you are not “enjoying” God in your marriage — and I assume that means “enjoying” God while having sex — that you have “bought into a secular paradigm.” A secular paradigm is what, exactly? Do Evangelicals have different biologies from unbelievers? Are Evangelical sex and marriage really any different from that of the unwashed, uncircumcised Philistines of the world? Or is the Bible just a facade of sorts meant to cover up the fact that Evangelicals live lives no different from their counterparts in the world?

Weiss, Lesley, and countless other cultural warriors want to control human behavior — especially sexual behavior. Think, for a moment, about all the “sins” in the Bible or the behaviors Evangelicals deem sinful. How many of them are sexual in nature? Why do Evangelical preachers and leaders have such an obsession with sex? One word: control. What three base desires do we all have? Hunger, thirst, and sexual intimacy. Evangelical gatekeepers have given up on trying to control eating and drinking habits, so they focus on sexual habits. Think about all the sermons you heard over the years about sex. Yet, despite all the pro-hetero, God-she-and-thee-make-a-threesome preaching, Evangelicals continue to do their own thing sexually. The only difference between Evangelicals and secularists is the former have a lot more guilt after acting on their natural, healthy wants, needs, and desires. In fact, this guilt leads to all sorts of dysfunction within Evangelical marriages, It seems to me that couples would be a lot better off if God and the Bible were checked at the bedroom door. I know for Polly and me, our sex life became richer and fuller once we abandoned Christianity and embraced the evils of humanism. Desire and mutual satisfaction were what mattered, not what God, Jesus, Paul, Moses, or John said in the Bible. Freed from the chains of Evangelical bondage, we enjoy one another sexually without concern over whether God approves.

Songs of Sacrilege: Amen by Halestorm 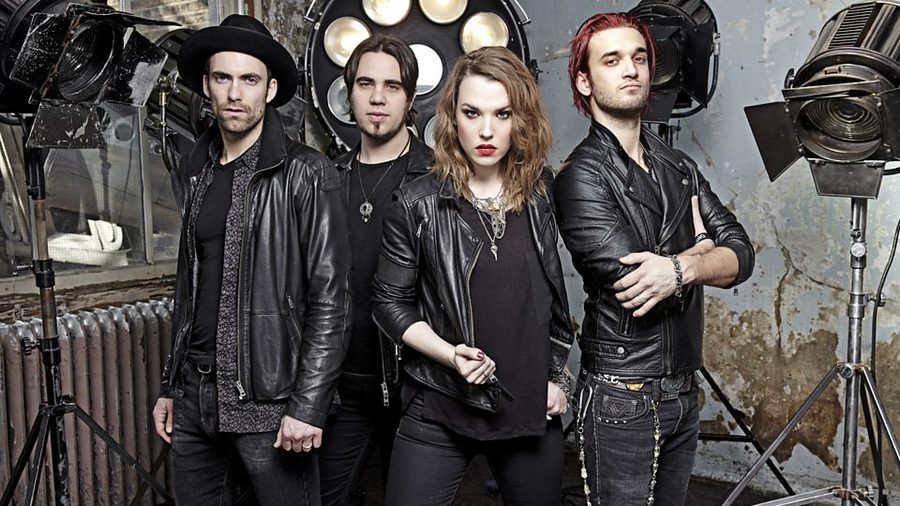 Songs of Sacrilege: I Like it Heavy by Halestorm

Today’s Songs of Sacrilege is I Like it Heavy by Halestorm.

[Verse 1]
Some like beautiful, perfect, and pretty
I see the good in the bad and the ugly
I need the volume one louder than ten
Put the pedal to the metal, needle into the red
If the windows ain’t shaking
Making my heart race
If I can’t feel it in my chest
I’m in the wrong damn place

Got a demon in my soul
And a voice in my head
Saying go, go, go
I can sleep when I’m dead
There’s a sonic revelation bringing me to my knees
And there’s a man down below that needs my sympathy
I got a ringing in my ears getting ready to burst
Screaming hallelujah mother fucker take me to church

[Verse 2]
I ride the lightning, roll with the thunder
Going down, down, down with my sisters and brothers
I fell in love with the darkest parts
Standing on the side of the wild at heart
I plucked a feather off a crow so I could fly
Since I was 13 years old I’ve had my fist to the sky

Songs of Sacrilege: Hell is For Children by Pat Benatar

Today’s Song of Sacrilege is Hell if For Children by Pat Benatar and covered by Halestorm.

It’s all so confusing, this brutal abusing
They blacken your eyes, and then apologize
Be daddy’s good girl, and don’t tell mommy a thing
Be a good little boy, and you’ll get a new toy
Tell grandma you fell off the swing