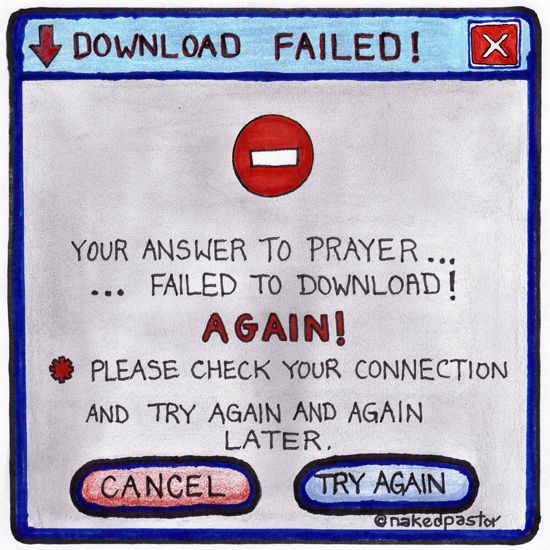 Over the course of 50 years in the Christian church, I prayed many prayers — tens of thousands of prayers, to be exact. I publicly testified before fellow Christians that God had answered my prayers.  I had experiences that, at the time, defied explanation. Everywhere I looked, I saw God. When I deconverted, one of the first things I did was give a careful accounting of the prayers I uttered and what God’s response to them. (Please see  A Few Thoughts on a Lifetime of Praying to the Christian God) I concluded:

I was left with a few experiences that I couldn’t rationally explain. One story comes to mind and I will share it here. One night, Harold Miller, a member of the church I was pastoring at the time, and I were driving down Route 22 east of Sego, Ohio on our way to touch base with a family who recently visited the church. As we neared Fultonham, a small community which sat on a ridge above Route 22, I noticed a car barreling down the hill towards the highway. Having no time to stop or change direction, I screamed at Harold, warning him of the impending crash, and prepared to be broadsided. Yet, at the moment the crash should have occurred nothing happened. Both of us thought God had lifted the car above ours, safely protecting us from serious injury or death.

Did God actually pick the car up so it would avoid hitting us? Of course not. Is this really a beyond rational explanation event? Not really. Perhaps my perception was wrong. Perhaps the car wasn’t traveling as fast as I thought it was. While this story is difficult to explain, like some of the contradictions in the Bible, there are reasonable explanations for what happened.

But Bruce, the Evangelical says, I have prayed prayers that I KNOW God answered! How do you KNOW God answered your prayers? Just because Christians utter petitions that subsequently come to pass doesn’t mean that it is God answering prayers. If Christians could ever divorce themselves from faith and look at things from a skeptical and rational perspective, I think they would find out that most God-answered prayers are anything but.

Virtually every answered prayer can be attributed to human instrumentality or luck (right place, right time). Year ago, I often prayed for God to bless me financially. As a young father with two children, money was always tight. One night, my father-in-law and I  were traveling on a rural Licking County road on our way to visit a church member. While driving down the road we came upon a box. I immediately stopped and got out of the car to investigate. In the box were numerous recently skinned fur pelts. I quickly scooped up the box and we took the pelts to a nearby taxidermist. While I do not remember the exact amount of money we received, it was substantial. See? God answered my prayer!

Polly is a shift coördinator for a local manufacturing concern. She has worked there for 17 years.  During her tenure, she has never missed a day of work. Not one. Polly is a diligent worker, a great example of the Puritan work ethic.  Her work reviews are always at the top of the scale, reflecting Polly’s value to the company. In the years that the company has given raises, Polly has always received the maximum allowable raise.

When we were Christians, we both would pray that she would receive a good raise, and sure enough “God” answered our prayers. But, was it really God who answered our prayers and orchestrated Polly’s raises? Or are her raises attributable to Polly’s perfect attendance and work ethic? Shouldn’t credit be given to whom credit is due? It is Polly, not God, who did the work necessary to warrant a raise. How about now? Neither of us prays, and even if we did it is likely that God’s prayer hot line to our house has been disconnected. Since Polly’s deconversion in 2008, the monetary amount of her raises have increased significantly. Couldn’t it just as easily be argued that becoming a nonbeliever and not praying resulted in these raises?

Christians will often point to the testimonies of those who were saved as proof for God answering prayer. You know the drill. Sister Lena is a member of First Baptist Church in Godland, Ohio. She’s been a member of the church for 50 years. Lena’s husband Bob is not a Christian. Every week, Lena and the church pray for Bob’s salvation. Week in, week out, the church prays that the bloodhound of heaven, the Holy Spirit, will track down Bob and save his soul. And sure enough, one day, after 40 years of praying, Bob is saved.  God answered Lena’s prayer, right? (Lost in the discussion will be the question of WHY God waited so long to save Bob.)

Years ago (everything is years ago now), when I was the pastor of Somerset Baptist Church in Mt Perry, Ohio, the church took to praying for the father of one of the church members. This man was a violent, oft-cursing heathen. We prayed, prayed, and prayed for this man, to no avail. Several times I went to his home and shared the gospel with him. Every time, he said, no thanks preacher, I have no need of God.

The man eventually came down with throat cancer. Surgeons removed parts of his esophagus, mouth glands, and vocal cords. He was unable to speak. A short time later he had a small stroke. The church continued to pray for this man, and one night I decided to share the gospel with him one more time. And this time, the man started crying, and when I asked him if he would like to be saved, he gutterally said YES! I led him to Jesus, and from the time forward he would occasionally attend church with his wife and grown children.  I vividly remember him crying every time he heard me preach (no jokes about my preaching bringing people to tears). I attributed his tears to his thankfulness for God saving him. Was his glorious conversion the answer to our prayers?

Not likely. I am more inclined to think that his conversion was the result of him facing, for the first time, his mortality. Having been raised in a culture where God is frequently called on in times of trouble, this man, having had radical cancer surgery and a stroke, likely wanted to make sure his house was in order before he died. But, what about the tears? Perhaps they were tears of regret. There’s nothing like a brush with death to focus our attention on how we have lived our lives. Perhaps he regretted his meanness. Perhaps he regretted treating his wife and children like slaves. Who hasn’t shed tears over past regrets, right?

After his “glorious” new birth, this man began displaying bizarre behavior. He began spending exorbitant amounts of money at auctions and yard sales, often bringing home junk of little value. When I couple this behavior with his getting saved, I am more inclined to think that his stroke altered his mind. Anyone who has been around stroke patients knows that behavioral changes are not uncommon.

A changed life is not proof for the existence of God or God answering prayer. A careful examination of salvation testimonies always reveal some sort of human influence. Transformed lives can always be traced back, to some degree or the other, to the work of the individual or others. While these transformations make for great stories of the supernatural power of God, they are, in every way, quite earthy.

I readily admit that there are mysteries which are, at this present moment, beyond explanation.  However, is God the answer for every unexplained mystery? Or is it better for us to admit that we don’t know and to continue probing, prodding, and asking questions until we do? Regardless, these mysteries are so few that suggesting that they are evidence for the Christian God is laughable. From my perspective, there is no evidence for the existence of personal, hands-on God of the Christian Bible.