Carol’s Story: About The Way — Part One 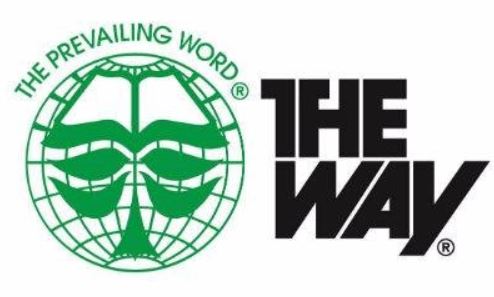 Guest post by Carol. For many years. Carol was a member of The Way. Today’s post is an informational article about The Way for people who may not be familiar with this religious sect. You can read Carol’s blog here.

About The Way International

The Way International is a small, fundamentalist, Bible-based organization headquartered in New Knoxville, Ohio, on property that was once the family farm of the founder, Victor Paul Wierwille. The Way is considered a cult by many former members, by most mainstream churches, and by certain secular groups. It has most always operated as home-based churches.

The Way recognizes 1942 as its commencement date and has (almost) always operated as home-based churches. Wierwille claimed that, in 1942, God audibly spoke to him, telling him that He would teach Wierwille the Word as it had not been known since the first century, if Wierwille would teach it to others.

Like some other new religions, The Way had great growth beginning in the late 1960s, through the 1970s, and into the early 1980s. In the early ’80s, as many as 20,000 people attended the then-yearly Rock of Ages festival held on the Way’s property in New Knoxville. (The Rock of Ages was discontinued in 1995, after 25 years.)

Beginning in the latter 1980s, within a few years of Wierwille’s death, The Way began to unravel due (in part) to power struggles and to the exposure of rampant sexual abuses that had started with Wierwille. The Way has survived but is a skeleton of what it once was.

The Way teaches non-conventional biblical doctrines, and in that aspect, differs from conventional Christian Fundamentalism. It is fundamentalist in that followers of The Way believe that the Bible, as it was “originally” given, is perfect and inerrant and is God’s revealed Word and Will in written form to humanity. Way doctrine teaches that there is only one proper interpretation of the scriptures.

Way followers do not believe that Jesus is God. One of Wierwille’s books is entitled Jesus Christ is Not God. However, neither do followers believe that Jesus was just another man. Rather, he is the only begotten son of God and the redeemer of mankind. Without Jesus Christ shedding his “perfect blood,” mankind would continue in an irredeemable state. The Way teaches a virgin conception but not a virgin birth. God created sperm in Mary’s Fallopian tube which fertilized one of Mary’s eggs, thus producing a human with “perfect blood.” God, who is spirit, is Jesus’s biological father, and Mary, a human, was his biological mother.

The Way teaches that a human baby is not fully human until it takes its first breath and that abortion is not murder. Upon birth, a human is only body and soul (soul being breath life and encompassing genetics). A person does not receive the spirit of God until he or she decides to become born again (also known as being saved, made whole, redeemed, or the new birth). However, children are counted as saved as long as one parent is saved. This continues until the child reaches an age of accountability, when the child is able to independently make a decision to be saved or not.

Way followers believe that a person gets born again by believing Romans 10: 9 and 10. That is, people must confess with their mouths (out loud is not necessary) that Jesus is Lord (not as God, but as Master) and believe in their hearts that God raised Jesus from the dead. To accept Jesus into one’s heart or to believe that Jesus is God does not result in a person being born again; those are counterfeit formulas. Once people are born again, they cannot, for any reason, lose their salvation. The only people who cannot be saved are those born of the seed of the serpent, the devil. The Way does not subscribe to any sort of water baptism; it is not necessary and became obsolete once Jesus was raised from the dead and ascended to the right hand of God, making the new birth available.

Way believers are taught that homosexuality happens because of devil spirit possession. But people who are gay can still be saved, even if they continue being gay, though they wouldn’t be able to attend Way fellowships if they are unwilling to change their behavior.

Followers of The Way believe that when people die, they do not immediately go to an after-life in any form. The only human currently alive after death is Jesus Christ. All other humans remain dead and will be raised in the future either at Christ’s first “return” (which most Christians refer to as the “rapture” — The Way doesn’t use the word “rapture” but rather the phrase “the Hope”) or at the final judgments. Animals are not resurrected.

Way followers do not believe in an eternal hell-fire torment. After the final judgments, all non-believers will die the second death and cease to exist forever. The lake of fire and the devil and death will be obliterated. A new heaven and earth where all sorrow and death has ceased will then last for eternity, bringing into fruition God’s original intent in Genesis before the “fall of mankind.”

Though The Way is not part of the Charismatic movement, everyone in The Way speaks in tongues, but not spontaneously out loud during gatherings. In public Way meetings the believer is called upon by whomever is overseeing and is directed to either “prophesy” or “speak in tongues and interpret.” Speaking in tongues is mainly for the believer’s private prayer life “to build themselves up spiritually” and have a better connection with “God, the Father.” Way doctrine teaches that the nine “gifts of the spirit” referred to in I Corinthians 12 of the Bible are actually “manifestations” and that every equipped believer operates all nine of the manifestations. “All nine all the time” was a common phrase in The Way.

Way believers are not literalists. The Bible abounds with figures of speech and ancient Middle Eastern customs. A person needs some knowledge of these in order to understand the context of the Bible.

The Way is not a King James Bible-only organization. King James is the main version used in The Way because that version is what most biblical lexicons and concordances are keyed to and because the italicized words in the King James indicate that those words were added to the text. The Way references various versions in its study of the scriptures.