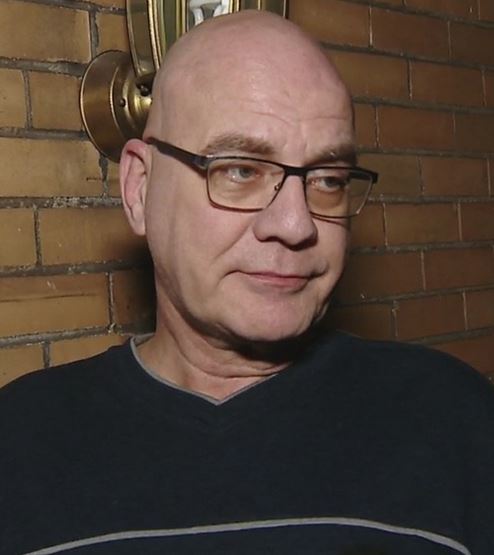 Officers were sent to the 800 block of Beechland Street around 11:30 p.m. Friday for a report of a suspicious vehicle parked outside of a home.

According to a criminal complaint, when the officers arrived on the scene, they could see two men inside the vehicle. Police say one man — identified as 61-year-old George Nelson Gregory, of Munhall — was in the back seat, and the other man was completely naked and bound with nylon rope in the front seat.

The criminal complaint says when officers asked what was going on, Gregory told the officers that they “were just playing” and he and the other man “meet up from time to time to play with each other.” The other man confirmed that what they were doing was consensual.

The man who reported the suspicious vehicle told police that at one point, he saw the second man get out of the vehicle without any clothes on, and he was concerned because the car was parked outside his daughter’s window.

Gregory allegedly told the officers he thought they were in a private place, and when an officer said their vehicle was on a well-lit public street in clear view of several homes, Gregory told police, “I know.”

Gregory, however, says none of that is true and “that conversation never happened.”

“I have nothing to hide. I did nothing wrong,” Gregory said.

He says they were approached by police because they “thought somebody had passed out or something, that’s what the call was.”

“I was counseling a young man with a drug problem,” Gregory said. “It did turn strange, but it wasn’t my doing, OK? And I was adamant that I’m not participating in that way. And so that’s when the police pulled up, and they assume things, but I’m standing by my story. It’s not true.”

According to Gregory, he has been working with the man for a few years, and he and his wife have tried to get him help.

“I won’t deny that he began to take his clothes off and propositioned me, but I will deny, on a stack of Bibles with God as my witness, that I did nothing,” Gregory said.

Gregory says he had his clothes on during the alleged incident, so “there’s no reason for me to be charged with open lewdness.”

According to a criminal complaint, Gregory and the other man will receive summons paperwork in the mail.

Serves as preacher and teacher at Waterfront Christian Community Church. George grew up in Munhall and graduated from Steel Valley High School. He attended church all of his life, but he actually began his journey with Christ when he was in his early 20s. When he was 25, George set off to become a preacher and attended Johnson Bible College, in Knoxville, Tennessee. If you have ever heard him preach or teach, you will agree that he is definitely using the gifts God gave him. George has a way of presenting messages from God’s Word, the Bible, in such a way that you walk away saying, “Now it makes sense”. He speaks with clarity and conviction. There is no doubt that George believes and lives what he preaches.