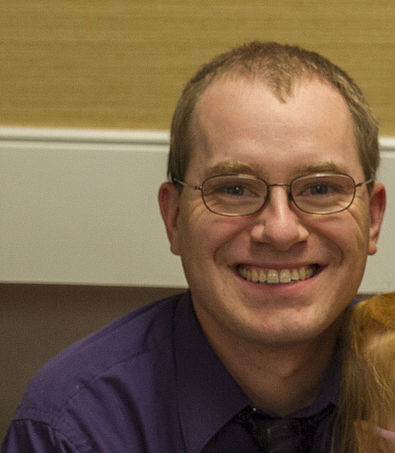 After allegations were made against Berry in September, the church sent an Oct. 8 letter to churchgoers informing them that Berry was being investigated and saying the “church leadership firmly supports our pastor (Kevin Berry).”

The letter said Berry voluntarily chose to no longer participate in children’s activities at the church while he was under investigation.

A video posted on the church’s YouTube account two months after the letter was sent shows Berry narrating a children’s Christmas pageant. Near the end of the video, a woman says that Berry and his wife helped write the children’s play and were “such a vital part of all of this.”

The Peterses, who attended Berry’s church until the fall, said their teenage children were regular attendees of the youth group but stopped going after they saw how church leadership handled allegations against Berry.

The Peters family’s concerns with Berry began in September, when a neighbor told them to check if their own teenage daughter was OK.

The couple then spoke with a youth leader, who is no longer with the church, and several children, asking if anything at church made them feel uncomfortable.

What the children said “raised flags” about inappropriate behavior on the part of the pastor, Curtis Peters said. Later that Sunday evening, as rumors buzzed through the town of fewer than 2,000, church members, elders, children and the pastor gathered to discuss the concerns.

“When the kids saw the pastor in the room, they truly felt uncomfortable,” Summer Peters said. “They were scared to say anything, scared to speak up.”

Elders in the church chastised the concerned parents, including the Peterses, and acted as if the children were lying, Summer Peters said.

It was implied that law enforcement was not needed, Curtis Peters said.

“From that point on, it just didn’t seem like the church really was concerned about the kids as much as they were about the pastor,” Curtis Peters said. “I don’t feel like they really did anything to distance the pastor from the situation.”

Shocker, right? The church believes the pastor and not the victim. This story is played out over, and over, and over again. The church has taken down its website and Facebook page. Time to run and hide lest their deeds be exposed for all to see.

Kevin Berry began ministering in Sedgwick on December 1st, 2015.  He came from Amoret Christian Church in Amoret, Missouri where he ministered for 6 years.   Kevin attended Ozark Christian College for his bachelor’s degree and Cincinnati Christian Seminary for his master’s degree.  He is married to ****** and they have one daughter, ******.

Kevin has a passion for truth and great relationships.

On July 15, 2018 the church released the following statement on Facebook:

The First Christian Church of Sedgwick has accepted Kevin Berry’s request to be placed on administrative leave to give him time to work through the charges he is facing. The church board has taken the position to continue their support of Kevin at this time.

The church’s Facebook page later stated that the good pastor went to personal counseling and received further training on leading and appropriate interaction with children and youth.

You can read the criminal complaint here.