Quote of the Day: Was Fundamentalist Creationist Henry Morris a Racist? 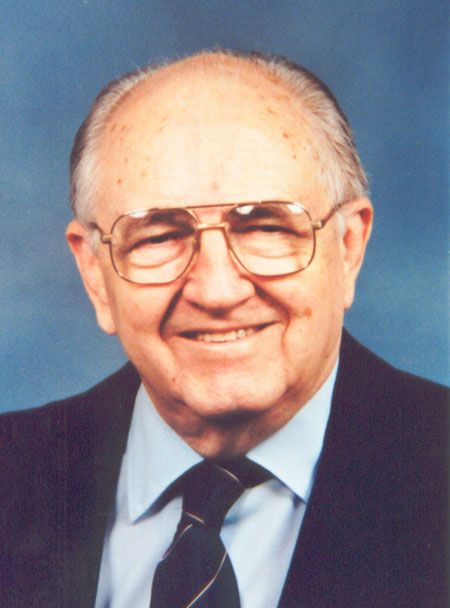 You don’t have to take my word for it. In his 1997 book, The Beginning of the World: A Scientific Study of Genesis 1-11, Morris wrote about Noah’s curse on his son Ham.

Of the descendants of Ham, he wrote that:

“Their future will be one of service—providing mainly for the material and physical needs of mankind. Shem, on the other hand, with his concern for the Lord and His honor, will through his descendants lead men to know and follow God. Japheth also, with his more serious approach to life and its meaning, will see his descendants enlarged geographically and mentally, coming to dwell finally in the spiritual house built by the children of Shem. The children of Ham, however, even those of his youngest and least responsible son, Canaan, will have to be content with giving service to both Shem and Japheth providing the material basis of human society, upon which the spiritual and intellectual concerns of mankind can be superimposed.”

The sons of Ham provide for “the material and physical needs of mankind.” The sons of Shem build a “spiritual house.” The sons of Japheth have a “more serious approach to life and its meaning” and are enlarged “geographically and mentally.”

I don’t have to guess at this, either. Morris writes it himself:

“The descendants of Ham were marked especially for secular service to mankind. … The prophecy is worldwide in scope and, since Shem and Japheth are covered, all Ham’s descendants must be also. These include all nations which are neither Semitic nor Japhetic. Thus, all of the earth’s ‘colored’ races—yellow, red, brown, and black; essentially the Afro-Asian group of peoples, including the American Indians—are possibly Hamitic in origin and included within the scope of the Canaanitic prophecy, as well as the Egyptians, Sumerians, Hittites, and Phoenicians of antiquity.”

Morris remarks that the descendants of Ham—“yellow, red, brown, and black”—were “marked especially for secular service to mankind.”

What has this “secular service” involved? Let’s have a look:

“The Hamites have been the great ‘servants’ of mankind in the following ways, among many others: (1) they were the original explorers and settlers of practically all parts of the world, following the dispersion at Babel; (2) they were the first cultivators of most of the basic food staples of the world, such as potatoes, corn, beans, cereals, and others, as well as the first ones to domesticate most animals; (3) they developed most of the basic types of structural forms and building tools and materials; (4) they were the first to develop fabrics for clothing and various sewing and weaving devices; (5) they were the discoverers and inventors of an amazingly wide variety of medicines and surgical practices and instruments; (6) most of the concepts of basic mathematics, including algebra, geometry, and trigonometry were developed by Hamites; (7) the machinery of commerce and trade—money, banks, postal systems, etc.—were invented by them; (8) they developed paper, ink, block printing, moveable type, and other accoutrements of writing and communication. It seems that almost no matter what the particular device or principle or system may be, if one traces back far enough, he will find that it originated with the Sumerians or Egyptians or early Chinese or some other Hamitic people. Truly, they have been the ‘servants’ of mankind in a most amazing way.“

This start may be surprising. I know I found it surprising. After all, some of the things on that list are not what we would consider material or physical accomplishments. The remainder of this section, however, is more predictable:

“Yet the prophecy again has its obverse side. Somehow, they have only gone so far and no further. The Japhethites and Semites have, sooner or later, taken over their territories and their inventions, and then developed them and utilized them for their own enlargement. Often the Hamites, especially the Negroes, have become actual personal servants or even slaves to the others. Possessed of a genetic character concerned mainly with mundane matters, they were eventually displaced by the intellectual and philosophical acumen of the Japhethites and the religious zeal of the Semites.”

“Possessed of a genetic character concerned mainly with mundane matters…”

“The Japhethites have been ‘enlarged,’ taking over lands originally settled by Hamites, and developing the Hamitic technology into science and philosophy. Japhethites have provided the intellectual aspect to humanity’s life, Hamites the physical, and Semites the spiritual. Japheth has, even in the present age, largely taken over the religious function from Shem—‘he shall dwell in the tents of Shem’ (Gen. 9:27).

“These very general and broad national and racial characteristics obviously admit of many exceptions on an individual genetic basis. It is also obvious that the prophecy is a divine description of future events, in no way needing the deliberate assistance of man for its accomplishment. Neither Negroes nor any other Hamitic people were intended to be forcibly subjugated on the basis of this Noah declaration. The prophecy would be inevitably fulfilled because of the innate natures of the three genetic stocks, not by virtue of any artificial constraints imposed by man.”

“because of the innate natures of the three genetic stocks…”

Yes, you did read that right—Morris did in fact write that slavery was the inevitable result of “the innate natures of the three genetic stocks.” He wrote that. He wrote that in 1977, and it was published by a creationist publisher.

The views espoused by Henry Morris were similar to those I was taught at Midwestern Baptist College in Pontiac, Michigan. My biology teacher, in particular, taught that students should only marry after their own “kind.” Today, he would have been right at home among white supremacists. Several teachers believed that the mark God put on Cain for killing Abel was making him black. These racists told an elaborate Bible story to justify their racism. Years ago, I ran into followers of IFB luminary Peter Ruckman who believed that it was a waste of time to evangelize blacks. Why? They didn’t have souls.