His Hunger for the Church 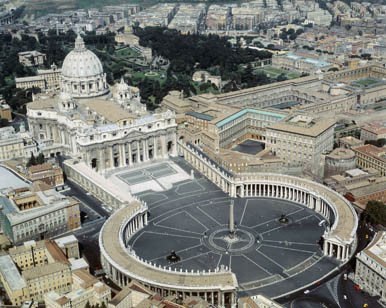 More years ago than I care to admit, I read Richard Rodriguez’s Hunger of Memory. Not long afterward, I went through a period when I hated the book because people (or, more precisely, people whose opinions I detested) embraced it. I was young enough, chronologically and emotionally, to get away with things like that.

I’ll confess that, today, at least one of his notions resonates with me, an unrepentant liberal. He exposed the contradictions of Affirmative Action, at least as it was practiced in the late 1970s and early 1980s — and, to a large extent, as it’s still practiced today. He described the ways in which he benefited because, as he says, of his surname. But by the dint of having earned a bachelor’s degree from Stanford and continued his studies at Columbia and Berkeley, he had more in common with his fellow scholars — most of whom were white and at least upper middle-class — than with the poor Mexican-Americans among whom he grew up.

He thus became the darling of William F. Buckley and characters even more odious because there’s nothing they love more than someone who shares their attitudes and whose skin is darker than theirs. It allows them to say, “See, I told you so!” But another part of Rodriguez’s biography has endeared him to me at least as much. And it resonated with me at least as much.

That part of his story is his, and his family’s, relationship with the Roman Catholic faith in which he was raised. At the time the book was published, he still considered himself a member of the church, although, as he says, the modern adaptations of it — prayers in English instead of Latin and folksy guitar music instead of Bach compositions — were at least somewhat alien to him.

Still, he said, he continued his affiliation with the church — in the face of friends and colleagues who chided him for showing up late to Sunday brunch because he’d been to mass — because, in spite of all of its changes, it provided a “liturgy” (which I take as a churchy way of saying “narrative”) to his life. That, and what he feels the church gave his Mexican parents.

Of all the institutions in their lives, only the Catholic Church has seemed aware of the fact that my mother and father are thinkers — persons aware of the experience of their lives. Other institutions — the nation’s political parties, the industries of mass entertainment and communication, the companies that employed them—have all treated them with condescension. In ceremonies of public worship, they have been moved, assured that their lives, from waking to eating, from birth until death, all moments — possess great significance. (pp.90-91)

That, to me, sounds like another “Mother Teresa” argument: Whatever abuses she, or any other representative of the church, or the Church itself — committed on the poor, the sick, the weak — or others in any way vulnerable — is justified by the “good” they or the Church did. That the church itself has been so complicit in conscripting young men (like his father’s forebears) to conquer lands (like the ones in which his parents and he grew up), slaughter the natives of said lands, and to enslave captives brought to those lands — all the while providing said conscripts a standard of living not much better than the natives who were sent to slaughter — seems to have escaped the notice of a supposedly educated man like Rodriguez.

Even if, as he wrote, the Church was aware of people like his parents as thinkers — which I don’t doubt they were—he still gives the institution far too much credit. If you are starving, the person who gives you anything to eat, even if it’s stale or tainted, can seem like a savior or hero. Really, it’s no different from the appeal of any number of despots from Julius Caesar to Mao had for proles and peasants — or that drug dealers have for young people who see no way out of the ghetto or, more important, the moment in which they are living.

One can be forgiven for idolizing a person or institution that seemed to offer charity and solace to one’s poor parents and family. One can even be forgiven for venerating such a person or institution when he, she or it offered a place, however servile, within a world that isolates, rejects and alienates people who are poor, weak or foreign. But if such a person acquires an education, formally or otherwise, that person will see, in time, that the person or institution who took him or her “seriously” or “protected” him or her from bullies or other dangers — or simply provided a meal, room or job—may have had other purposes for such seeming acts of charity. Those acts may have been attempts to recruit the recipient for something, or simply to buy his or her silence.

The latter seems to have had an effect on Rodriguez. While he says he dislikes the “modern” church, he doesn’t dislike it enough to leave it — even after coming out as gay, as he did a decade after Hunger of Memory was published. That, as a gay man, he can still cling to a religion that so blatantly opposes non-heterosexual love — no matter that the Pope says, “Who am I to judge?”— is, at least to me, a mystery even beyond that of the faith itself.

It might just be that he’s been so rewarded within the community of the Church, and by secular as well as religious conservatives, for his apologetics. The conservatives have rewarded him with grants to write, speaking engagements and other things that have allowed him to sustain his life since he left his PhD studies — because he realized he was benefiting from his surname. As for the church — well, I guess it’s what’s made him the commodity he’s become: a gay Hispanic Catholic conservative. Where would he, his talents notwithstanding, be without it?

Perhaps he would have hunger — and his memory would be different.