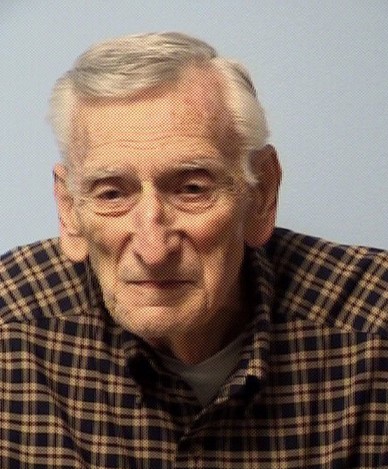 Charles Sweet, a former deacon at Hays Hills Baptist Church (a Southern Baptist congregation) in Buda, Texas, was accused in 2012 of sexually abusing a female family member. The investigation was suspended due to concerns over the child’s mental wellbeing. Sweet was excommunicated from the church.  Yesterday, the investigation was reopened as new allegations against Sweet have come to light.

A former Hays Hills Baptist Church deacon is expected to face charges of indecency with a child by contact after authorities accused him of abusing two girls, who are now adults, in the past.

During the course of a joint investigation conducted by Austin Police and the Hays County Sheriff’s Office (HCSO), authorities believe “multiple” girls, also now all adults, had also been sexually abused by Charles Sweet, 85, of Austin, over the course of several years.

Sweet has not yet been arrested, according to a KXAN-TV report. Sweet had been a deacon at Hays Hills Baptist Church in the Buda area until he was removed and banned from the church following a 2012 sexual abuse investigation conducted by Austin Police, according to KXAN.

Eric Guevara, a detective with the Austin Police Child Abuse Unit, said the Hays County Sheriff’s Office in January received report from an adult woman who accused Sweet of sexually abusing her when she was younger, Guevara said. The alleged abuse took place in Hays County and in the Austin area.

Guevara, who reopened the 2012 investigation and joined the HCSO in its inquiry, discovered “multiple” girls, who are now adults, were victims of abuse by Sweet. Several women were identified as survivors during the course of their investigation, Guevara said.

The alleged incidents occurred from the early 1990’s and into the 2000’s. Guevara said Sweet’s “target age” was prepubescent children ranging from 6 to 12-years old. All victims in the case are female.

During that time period, Sweet was affiliated with Hays Hills and also conducted ministry work outside of the church at a location in Hays County.
That ministry work involved bible study, tutoring and general care for young children.

Charles Sweet is in his 80s. I have no doubt that if investigators dig deep enough they are going to find numerous victims. It wouldn’t shock me to find out that he has been messing with children for decades.

A former Hays County deacon turned himself in Thursday to be booked into the Travis County Jail on two charges of indecency with a child.

Charles Sweet, 85, has since been released from jail after posting a bond toward his $100,000 bail, Austin police officials said.

Sweet is also being investigated in connection with several other allegations of sexual abuse against young girls in the late 1990s and early 2000s, Austin police and church officials have said.

Police reopened the investigation into Sweet in January when they learned of other potential victims in Hays County, who said he abused them when they were children.

In one of those reports, a woman told police that Sweet repeatedly touched her genitals when she was between 4 and 6 years old while attending youth ministries for the Hays Hills church in Buda. She said the abuse occurred more than 100 times, documents say. She said she also was abused at Sweet’s residence in Austin, where she would go after church on Sundays, the affidavits say.

Austin police said Sweet was brought in for questioning in May and he admitted to sexually abusing several young children in the early 2000s, including the woman who made the report. He said he loved the victim and did not plan the abuse, but had done it “subconsciously” and suffered from either sex addiction or “uncontrollable impulse control,” arrest affidavits say.