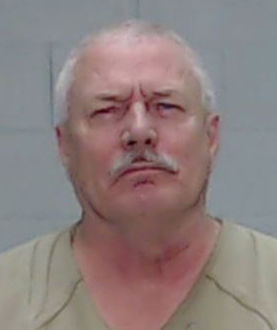 David Ray King, pastor of an unnamed church in Odessa, Texas, was arrested last Friday and charged with indecency with a child, a third-degree felony, Yesterday, King was rearrested and charged with two counts of continuous sexual abuse of a child, a first-degree felony. King is accused of sexually assaulting eight boys numerous times. The boys were aged ten through sixteen.

King reportedly had the boy expose his genital and buttocks. The 11-year-old stated King would remove him from the shower, while his genitals and buttocks were exposed and dry him off with a towel. The boy stated it made him feel uncomfortable and weird.

King was brought into ECSO for an interview and after he was read his Miranda Warning, he admitted to being engaged in conduct with the 11-year-old that led him to be sexually gratified multiple times, the affidavit stated.

King also reportedly admitted to engaging in conduct that led him to be sexually gratified with seven other boys between 10 and 16 years old.

King stated he’s currently been involved with a 12-year-old boy off and on for the last year and half, the affidavit detailed.

During the interview, King also reportedly admitted to being in possession of multiple images and videos of child pornography on his phone and computers at his residence, an ECSO release stated.

King was arrested, charged and transported to the Ector County Sheriff’s Office. He posted bail on Saturday for $15,000 after he was charged with indecency with a child, jail records show. King has two bonds after he was charged with continuous sexual abuse of a child totaling $150,000 and was still in custody as of Tuesday morning, jail records show.