Quote of the Day: Should Taxpayers be Forced to Pay for Religious Monuments? 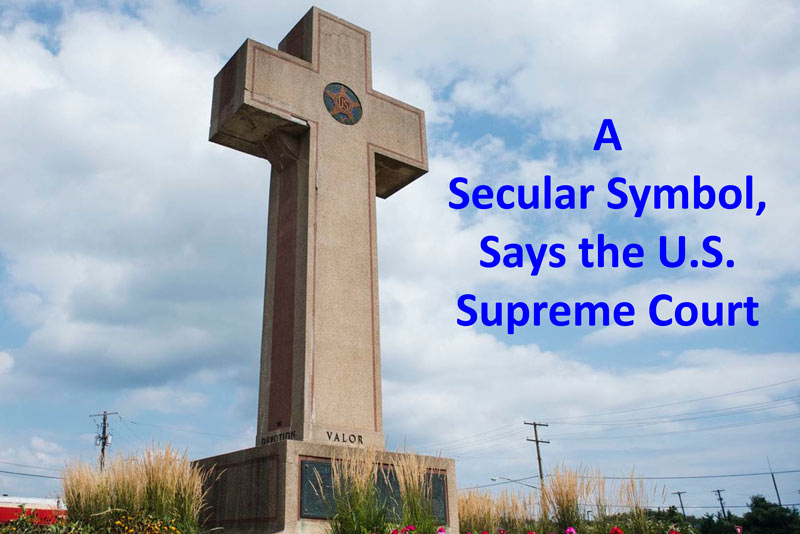 Although the result in The American Legion v. American Humanist Association case was entirely predictable, reading it still left me stunned. The case involves a dispute over whether a local government in the state of Maryland can tax its citizenry in order to maintain an overtly Christian World War I memorial.

With an objective Court, a decision recognizing that the state had no such coercive taxation power under the First Amendment would have been readily assured. After all, I am old enough to remember when the United States Supreme Court believed that government financially compelling free and independent individuals to endorse beliefs they find objectionable was always demeaning. When an individual’s objection to such forced extractions was not trivialized as the taking of mere offense, but a sacred objection against tyrannical government power. But, alas, that was the long-forgotten time of ….*checks notes*…. holy shit, just a year ago?

It is undeniably telling about the state of free conscience liberty that when faced with extending the same principles against forced extraction to non-religious or non-Christian citizens, the Court’s views on the issue abruptly changed. Nothing can excuse such blatantly different outcomes to the same objection, and no explanation other than outright religious bigotry against non-believers can explain the outcome in the Bladensburg cross case.

From the beginning of the Court’s plurality opinion, it becomes rather transparent that Justice Samuel Alito is seeking to diminish the objection of the non-believer against being forced to pay for a religious monument. According to Alito, the objection boils down to being merely offended at the sight of the monument. Moreover, in contrast, Justice Alito takes a great deal of time to elevate Christian moral objections regarding the views of the same monument. For example, Alito states that “[a] government that roams the land, tearing down monuments with religious symbolism and scrubbing away any reference to the divine will strike many as aggressively hostile to religion.”

Using Alito’s own logic here however begs the question: Why is a country that roams the land forcing people to pay for the erection and maintenance of religious monuments not seen as being aggressively hostile to non-religious people? More importantly, as noted by the dissent, tearing down these monuments is not the only solution. All the state of Maryland had to do to conform with First Amendment principles was stop forcing people to pay for the Christian monument and instead let the upkeep be maintained by willing donators. I will never understand why an insistence on willing participants was not enough to settle this case and that the only satisfactory outcome for the cross’s radical theocratic proponents was having the authority to force unwilling others to pay.

In other words, according to the Court, the Latin Cross has transcended religion and become a secular symbol. This is literally the equivalent of saying that Jesus Christ is not a Christian figure, an idea so absurd that it becomes somewhat offensive that the Court would expect people paying attention to take this conclusion seriously.

Unfortunately, such a transparently biased outcome that favors Christianity at the expense of every other belief is becoming an all too familiar outcome, in a particularly dangerous time.  As I have repeatedly stressed, we are in a unique moment in our history when a sizable portion of the population with whom religion plays no role lives alongside an equally sizable portion for whom religion plays a vital role. Disturbingly, the growth of a non-religious population that demands the same free conscience protections has come to be seen as a menacing threat to many religious people. It is now to the point that a religious zealot and bigot who just so happens to be the country’s former Attorney General can openly describe irreligious citizens as a dire threat to our country that must be stopped.

— Tyler Broker, Above the Law, The Bladensburg Cross Case Is A National Disgrace, June 25, 2019