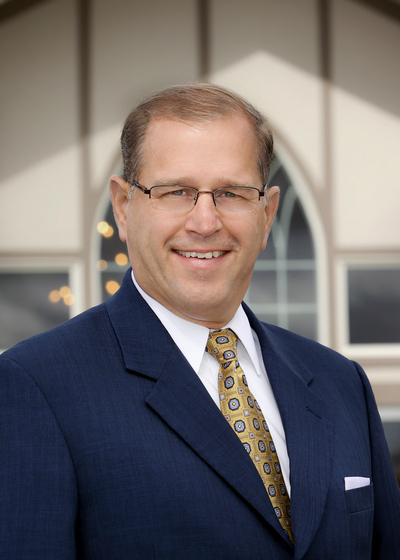 In May, Jon Jenkins, pastor, CEO, and head bwana of Grace Baptist, celebrated his thirty-third anniversary at the church.  And now, two months later, Jenkins has exited stage right, moving on to become the new pastor of Fellowship Baptist Church in Clayton, North Carolina (formerly pastored by Charles Ennis for fifty-one years).

The Gaylord Herald Times reports that Jenkins leaves behind a trail of scandals and controversies:

Willand was convicted in Washington state of raping a child and child molestation in 2006. The survivor, now an adult, is also seeking charges in Otsego County for abuse she said also occurred in Michigan. Willand has not been charged in Michigan.
Jenkins said he also reported former teacher David Beckner to the Otsego County Sheriff’s Department in 2011. Eight criminal sexual conduct charges have been officially filed by Otsego County courts against Beckner. The case was bound over to Otsego County’s 46th Circuit Court Thursday.

Clark Martin, a former congregation member and volunteer bus driver, was convicted of criminal sexual conduct against a former Grace Baptist student in 2002 and 2003. According to Otsego County court records from that case, Martin had also molested another youth, a 12-year-old boy, in St. Clair County in 1966.

Martin also pleaded guilty in May to criminal sexual conduct charges for allegedly molesting a teen boy in 1991 and 1992.

Former Grace Baptist congregation members Jennifer Mahoney and Matthew Mahoney were convicted in 2013 on felony charges against a 15-year-old girl in Indiana, according to previous coverage by the Tribune Star (Terre Haute, Indiana) newspaper and court documents.

A former Gaylord Teen Spectacular youth conference guest speaker, Jack Schaap, was convicted in 2013 in federal court in Indiana after he transported a 16-year-old girl to his cabin in Northern Michigan for the purpose of having sex with her, according to court documents.

According to previous Herald Times coverage of the Teen Spectacular, Schaap, of Hammond, Indiana, was listed as a visiting guest speaker during the 2011 youth conference, an event that draws hundreds of teens to Gaylord.
Jenkins previously confirmed that each of the above was connected to Grace Baptist as a teacher, through the congregation or as a guest speaker.

One former staff member whose daughter was molested by a fellow student previously told the Herald Times she had taken issue with the way Jenkins handled the situation after the abuse occurred off campus.

Sarah Sundelius said Jenkins had not kept the teen offender away from the church and school where her 5-year-old daughter attended and where Sundelius had taught from 2016 to 2018.

Several former Grace Baptist students have also shared their stories about the former teachers who have either been convicted for criminal sexual conduct against minors or are currently facing charges for the same thing.
Several of the victims and alleged victims have also pointed to Jenkins’ role as leader of the church during the time and the requirements to report allegations to police.

While Jenkins has not been accused of sexual misconduct, his lack of leadership and refusal to require background checks for church employees and volunteers until this year certainly has contributed to the sexual misconduct that permeated Grace Baptist and its ministries under his watch. Jenkins’ critics say that he was a heavyhanded authoritarian who ruled Grace Baptist as if it was his own personal kingdom and fiefdom.  I know, I know, typical IFB behavior.

Attorney David Gibbs, long known as a “fixer” for IFB preachers and churches who find themselves facing sexual misconduct allegations, had this to say about Jenkins and his new gig at Fellowship Baptist Church:

His preaching and communication skills are outstanding. His doctrinal positions lined up with our historic Baptist faith. His spirit of compassion for church members and hurting people in the community were exemplary.”
His prior church’s policies and procedures — including the child protection policies and procedures that clearly outline zero-tolerance for child abuse of any kind and require all suspicions of child abuse to be reported to the authorities — were consistent with our church. We believe that if a child is safe anywhere, they should be safe at church.

It is scandalous that Gibbs could say with a straight face “His [Jon Jenkins] prior church’s policies and procedures — including the child protection policies and procedures that clearly outline zero-tolerance for child abuse of any kind and require all suspicions of child abuse to be reported to the authorities — were consistent with our church. We believe that if a child is safe anywhere, they should be safe at church.”

Really? I mean really, Attorney Gibbs? Have you no shame?

Such is life in the IFB church movement. Obfuscation, misdirection, and lies, praise Jesus, three people were saved last Sunday. All that matters is that the soul-saving machinery keeps on turning, regardless of who might be shredded in its gears.