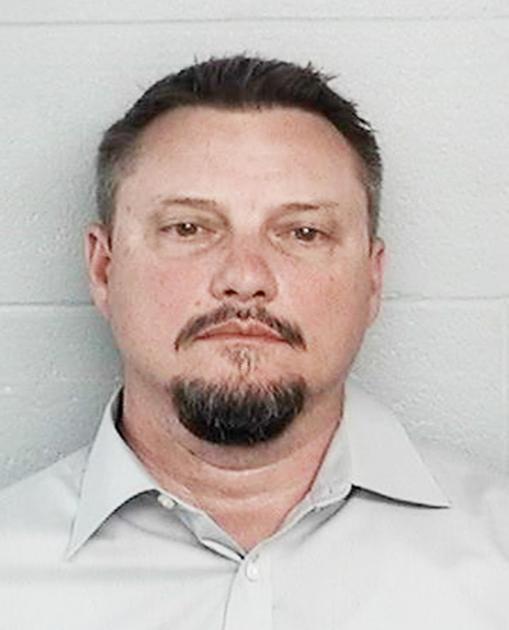 David Beckner, 51, of West Virginia was arraigned Thursday afternoon in 87th District Court on eight criminal sexual conduct charges for allegedly abusing a teen girl in 2006 and 2007 in Otsego County.

“I have charged David Wayne Beckner (presently residing in West Virginia) with seven counts of CSC 3rd degree and one count of CSC 4th degree, for seven sexual penetrations and one touching of a minor child who was a student of Beckner’s at the time their relationship began,” Curran said in an email.

According to a Michigan State Police news release Thursday evening, Beckner resides in Morgantown, West Virginia, and turned himself in Thursday. The release also said Beckner worked for the Grace Baptist Church from September 2004 until June 2007 before moving out of state.

Brianna Kenyon, a former Grace Baptist student, alleges that Beckner abused her as a minor and has publicly shared her story.

“When I grew up in that church, we’re all so isolated from the real world that I always thought I was the only one in the world, let alone in my church, that had ever had anything sexual happen to them. I was so alone for years and years; it wasn’t until I was (into adulthood) that I realized it actually happens a lot.”

Kenyon, 29, said she reported Beckner years ago for criminal sexual conduct to police and to the school’s pastor, Jon Jenkins, in 2011.

In an email, Jenkins said, it would be “a favorable outcome if justice can be achieved for Brianna.” He said, “Grace Baptist Church has always, and continues to stand in favor of justice for the victim.”

Previous Herald Times Freedom of Information Act requests returned no reports from the pastor or church to police of the alleged abuse.

Kenyon said the prosecutor at that time opted to not pursue the case and it was dropped.

Early this year, Ruthy Nordgren, now an adult, shared her story with the Herald Times and others publicly.
Nordgren is also a former Grace Baptist student and teacher Aaron Willand was convicted in 2016 of abusing her in Washington state.

Nordgren said she is also pursuing charges in Otsego County for abuse that she said happened when she was a student.

“And when Ruthy messaged me (about sharing publicly in the news), I thought, what could it hurt,” Kenyon said. “I couldn’t really get any justice for myself, and I figured if someone could be helped by my story and (they can see) here’s a girl that survived, and I do live a normal life and I do treat others well and I didn’t use this as a reason to be another monster.”

According to the Gaylord Herald Times:

Beckner joins the growing list of people with ties to Grace Baptist Church and school who have been convicted or accused of sexually abusing minors in the last 17 years. Another teacher, a bus driver, youth conference guest speaker and former congregation members are among those already convicted or facing criminal sexual conduct charges.

Despite all of this, Jon Jenkins remains the pastor of Grace Baptist. Last May, Jenkins celebrated his thirty-third anniversary at the church. He has “much” to be grateful for. (That’s sarcasm, by the way.)