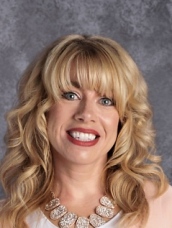 Shannon Griffin, an IFB pastor’s wife and a kindergarten teacher at Jordan Baptist School in Burbank, Illinois, was arrested Monday and charged with sexual assault and solicitation of child pornography. The Chicago Tribune reports:

Griffin is also charged with sending nude pictures and videos of herself to that minor and another juvenile at the school, both males, and asking the minors to send her images, according to the sheriff’s office.

The alleged conduct began in 2013 and continued until March of this year, police said.

Griffin, who is also charged with distribution of harmful materials and grooming, is expected to appear in bond court on Wednesday.

The investigation began in early March when the Burbank Police Department received an anonymous tip, according to Burbank police records obtained through a public records request. The tipster also told police that the school pastor, who is married to Griffin, and the principal were made aware about the inappropriate videos and images, according to the police records.

During an interview with detectives, the student said that a female teacher sent images and videos showing a woman “removing her clothing and exposing her breasts and vagina,” according to Burbank police records. The student also gave police a Samsung Galaxy tablet, which he said he used to make copies of the messages, the police records indicate.
Burbank detectives who reviewed the messages noted the images did not show “a visible head or face of the female,” according to Burbank police reports.

Jordan Baptist School is owned and operated by Jordan Baptist Church, an Independent Fundamentalist Baptist (IFB) congregation. Jordan Baptist is pastored by Thomas Griffin, a graduate of Hyles-Anderson College. Currently, both the church and school websites are down. A cached page says the following about Pastor Griffin:

He and his wife Shannon have been married since 1991 and have three daughters: ***, ***, and ***. He loves his church and has a tremendous burden for the Chicago area, and even through busy ministries and growth, Jordan Baptist Church has maintained its close-knit family atmosphere with a passion for serving people.

Cook County Judge John Mahoney ordered Griffin held on a $750,000 bond. He also ordered that she have no contact with the alleged victims in the case or with any minors.

Police said the inappropriate conduct began in 2013 and continued until March of 2019. Prosecutors said there are two victims. The first is a male student who was between 15 and 17 during the alleged crimes. Prosecutors said Griffin and the student had sex five times, often in her minivan in an industrial park, and a sixth time after he graduated. It was usually in exchange for a bottle of alcohol.

“In 2013, the victim asked the defendant on Snapchat if she would get a bottle. The defendant said, ‘Yes, if we have sex,'” Gruca said.

The second victim was a 16-year-old student who prosecutors said communicated with Griffin over Snapchat several times. The victim started taking screenshots of several pictures and video Griffin allegedly sent him, “One picture depicts the front of the defendant from the neck down in her bra and underwear with a message written across the picture, ‘warm out of the shower missing uuuu,'” Gruca said.

Both victims also told investigators Griffin has a tattoo of an arrow on her left hip. Griffin’s attorney did not answer whether or not Griffin has the tattoo after the judge asked her in court today.

After hearing the details the judge said, “This is a horrible betrayal. It boggles my mind…what a betrayal.”