I Killed the Kittens With a Hammer, Says a Local Evangelical Farmer

As Polly and I wrapped up our 25-year tour of duty pastoring churches, we began looking for a church home. I had pastored Our Father’s House in West Unity, Ohio from 1997 to 2002, and after leaving the church, we attended — for a short time — an Independent Fundamental Churches of America (IFCA) church in Butler, Indiana. The congregation was not, itself, much to write home about, but we dearly loved the pastor and his family. After attending for a few months, we decided that we would join the church, only to find out that we couldn’t do so because we weren’t Dispensational and Premillennial. That’s right, we couldn’t join because of our eschatology. Such is the fracturing nature of Christian Fundamentalism. We soon left, looking for friendlier confines. The pastor and his wife — by now friends — were, as we were, disappointed. We felt, at the time, that we couldn’t in good conscience attend a church that wouldn’t accept as members. The church later closed its doors and the pastor and his family moved on to a new ministry. I can find no record of him online after 2008.

While I could tell many stories about our time at this church (good, bad, and funny), one stands out above all others. One Sunday morning we were sitting around a table in the fellowship hall swapping stories. Somehow, the subject of cats came up. Now, I am a cat lover. We have always had at least one cat, and have had as many as three. Currently, we are down to one: a fat, lazy yellow ten-year-old cat named Joe Meower. We regularly feed the neighborhood’s feral cats, hopefully providing them a bit of respite from the cruelty inflicted upon them by thoughtless humans.

As we talked about cats, an aged farmer decided to share a story about his barn cats. One of his cats had recently given birth to a litter of kittens. I thought, how nice this man is to take care of these feral cats and their offspring. I quickly learned, however, this man was anything but nice. Not that he was peculiar. Lots of Jesus-loving, God-fearing locals are quite cruel to animals. Some of the most cruel people I know are the local Amish. I asked the man how the kittens were doing. Oh, he chuckled, I killed them. I got a hammer out and smacked each one of them in the head! I quickly felt my face becoming flush as rage filled my mind. I thought, you could have given the kittens away, or better yet, you could have had your female barn cats spayed. Instead, his cruel hands picked up a hammer and he beat them to death.

I quickly exited the fellowship hall, fearing that I was going to have a “Bruce moment.” My rage passed, but I have not forgotten that people who speak of the love of God can often be cruel and violent; that God commanding them to have dominion over the earth means that they can indiscriminately kill. In an anthropocentric world, man rules the roost. All other life only has the value given to it by its overlords. This is why this farmer could, as if he was telling a story about his grandchildren, share his murderous rampage with his fellow church members. 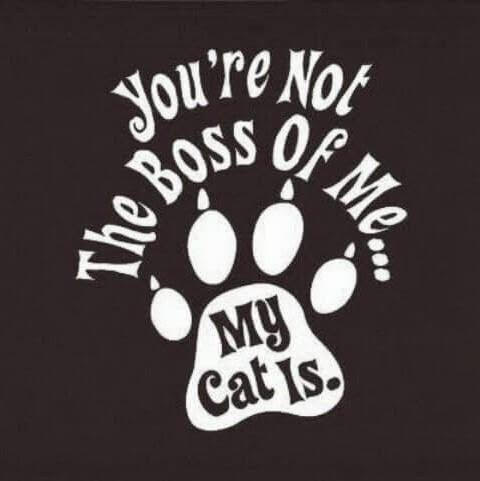 Mary Ellen Mayo, a friend and loyal reader of this blog died June 19, 2017 of congestive heart failure. Mary Ellen was 56. Mary Ellen infrequently commented, often choosing to comment when she felt I needed encouragement or moral support.  Some long time readers may remember her using the Amazonfeet moniker. Mary Ellen, a resident of Florida, battled a number of health problems. (She had Marfan Syndrome.) I was Facebook friends with Mary Ellen. We shared not only our experiences with chronic illness, but also a commitment to progressive political values and a love of cats. A few days before Mary Ellen died, her last post to Facebook was the cat meme posted above.

Mary Ellen will be missed. I am blessed to have been her friend.  Mary Ellen was a member of First Unitarian Church in Orlando, Florida.  Her church family will hold a memorial service for her on Monday, July 3rd.

2003 Letter to the Editor: Cat Killer

Letter to the Editor of the Bryan Times. Published 2003. I thought posting this letter here might help readers understand how much my religious and political views had changed by the early 2000s. This particular letter was written after the county prosecutor declined to prosecute a cat killer.

A cat killer is loose in Williams County. He is known by our local authorities. He even boasts of his cat killing and the enjoyment it gives him. Why should this be a concern to anyone? After all, he is just killing cats, right?

The Humane Society spoke of prosecuting the man because cats are considered property, and by his actions he violated the property rights of the cat owner (s). Do they have any moral standing apart from their relation to their owner?

All animals are a part of God’s created order. They were endowed by their creator with life, and with that life given certain rights. Animals have a right to be respected as created beings within the context of the order of Creation. While it is debated whether or not animals should be eaten for food, there should be no debate concerning the care of, love for, and responsibility to animals. Factory farms, factory slaughter houses, trophy hunting, and abandoned, mistreated animals are all abhorrent testimonies to the depravity of man. The wicked man cares not for the life of his beast (Proverbs 12:10).

The man who killed these cats should be prosecuted. Prosecutors who hide behind their prosecutorial discretion should be reminded of voter discretion at the next election. We need government leaders who recognize that cruelty to animals is just as abhorrent as a crime against a human. If we do not prosecute when it involves the “least” of us, who is to say we will not turn a blind eye and a deaf ear to other immoral behaviors deemed more serious by the powers that be?

If this man can not be prosecuted, how about a sign in front of his house that says “Beware, cat killer lives here!”