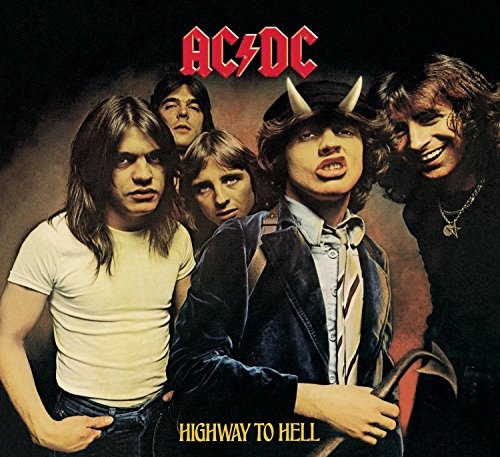 Lest anyone doubt how far some Evangelical churches will go to attract and maintain a crowd, I give you a recent video of The Point Church worship team singing and playing AC/DC’s song, Money Talks — much to the delight of those in attendance. I’m an atheist, but I wonder — shouldn’t music sung during church services at least be about Jesus being your boyfriend or best friend? AC/DC? I never thought I’d see the day. Something tells me my guitar-strumming sons would love playing in the Pointe’s worship band.(According to one article I read, some of the people associated with Sweetwater Sound attend the church. I suspect the Pointe has awesome AV equipment. A former friend of mine is the senior vice president — sales at Sweetwater.)

The Pointe Church, located in nearby Fort Wayne, Indiana is a generic, seen-one-seen-them-all, ain’t-we-unique-and-relevant Evangelical church. Such churches are scattered all over the Fort Wayne area, heaven-bent on attracting and pilfering Christians from other churches, people who endlessly seek the latest and the greatest.

According to The Point Church website, the church strives to be:

Led by Ray Harris, several other pastors, and a passel of “directors,” The Pointe Church attracts a thousand people a week to their three Sunday services. By the end of 2020, the church hopes to have:

The dirty little secret of Evangelical church planting is that the vast majority of people who attend a new church plant come from other churches. Few people are new converts. Why? Because almost every American, especially here in the Midwest, has already heard the good news of the gospel. It is not a lack of information that keeps people out of churches. Americans are increasingly rejecting Christianity and turning to spirituality, eastern religions, or atheism/agnosticism/humanism. Why?

Evangelical Christianity is slowly dying. Instead of trying to strengthen that which remains, hip, relevant church planters start new churches. They poach the members of old, established churches and this “growth” hides the fact that the disinterested are still disinterested and they haven’t flocked to the new church. The truth is, more and more Americans think Evangelical Christianity is irrelevant. Evangelicals have a huge PR problem, and as long as their beliefs, practices, and lifestyle are tethered to an inspired, inerrant, infallible ancient book, Evangelicals should not expect the disinterested to rush to their churches on Sunday. Playing rock and praise and worship music, dressing down, getting rid of pews, and acting all hip and cool, hides the fact that the message is still the same; repent and believe the gospel or you are going to be tortured by God in hell for all eternity.

I have no objection to Evangelicals starting as many clubhouses as they want. This is America, and corporate, capitalistic, libertarian thinking dominates the Evangelical church-planting scene. They just need to understand that some of us see through the smokescreen. By all means, plant another church, convince yourself that “God” is leading you to do so, but the facts on the ground remain the same. Planting a new church will not fix what ails America. Americans no longer are buying what Evangelicals are selling. Perhaps it is time to follow the command of Jesus: go sell all that you have and give it to the poor. Perhaps when Americans see THAT kind of Christianity, they might take an interest in it. Even though I am an atheist, I can, from a distance, admire a church and a pastor which take seriously the teachings of Jesus. All I see right now is the same incestuous, irrelevant church, with a new name. It is time to burn the institutional church to the ground and start over. Or so says this atheist.

Elevate City and The Pointe are separated by ten miles of Fort Wayne interstate. Between these two churches are numerous other churches preaching their brand and version of Evangelicalism. Much like driving along one of the many restaurant rows found in Fort Wayne, cruising the streets there discloses that local Evangelicals have every type of church at their disposal. Want Wendy’s? Burger King? McDonald’s? Rally’s? or Five Guys? Local Evangelical churches are manning their grills, ready to serve up their brand of hamburger. Perhaps these churches should become IN-N-Out Burger joints — reflective of the constant stream of people in and out of their doors.

What do you think, readers? To my atheist readers I ask, if you were still a Christian, would you attend a church that played AC/DC during Sunday worship? Do you think there are lines that can’t or shouldn’t be crossed? If you are still a Christian, would you be okay with the worship team playing songs by AC/DC, KISS, or other patently anti-Christian groups? What say ye?

2006 news article featuring Pastor Harris and The Pointe Church. Here’s an excerpt from the article:

Eventually, he said, those churches do move into traditional church buildings.

The Pointe Church is still an exception, because its organizers don’t plan on making it a megachurch. Ray Harris, the church’s lead pastor, said he plans to keep his church in a non-traditional building and train other pastors to start similar churches in other locations that would be affiliated with The Pointe.

‘”New Testament’ churches met in public spaces,” said Harris. “We’re in the real world on Sunday mornings, in a movie theater. Even though Fort Wayne is the ‘City of Churches,’ many people who come (to The Pointe) have never been in church but have been in movie theaters. There’s familiarity.”

Formerly pastor to students at The Chapel, a Fort Wayne megachurch, Harris said typically more than 33 percent of a church’s finances go toward maintaining a building.

“We wanted to focus on meeting people’s needs, not putting money in the bank or paying people to clean the church,” Harris said.

Although it pays rent to the Rave, the church doesn’t have to worry about the cost of heating bills or hiring someone to shovel snow, Harris said. Instead, the church already has helped some people who were struggling to find jobs and/or finance a house payment.

“It’s an economic decision for the Rave, too, because no one comes to watch movies there on Sunday mornings,” said Harris. “We fill seats when they can’t.”

In addition to the economic reasons for having a church in the Rave, Harris said the church’s goal is to help people get to the next step spiritually.

Ten years later? The Pointe Church has its own building located at 5335 Bass Road. So much for “New Testament’ churches met in public spaces. We’re in the real world on Sunday mornings, in a movie theater. Even though Fort Wayne is the ‘City of Churches,’ many people who come (to The Pointe) have never been in church but have been in movie theaters. There’s familiarity….We wanted to focus on meeting people’s needs, not putting money in the bank or paying people to clean the church.”

The Pointe Church has a YELP page.

The Sounds of Fundamentalism: What if Starbucks Marketed Like a Church? by Richard Reising 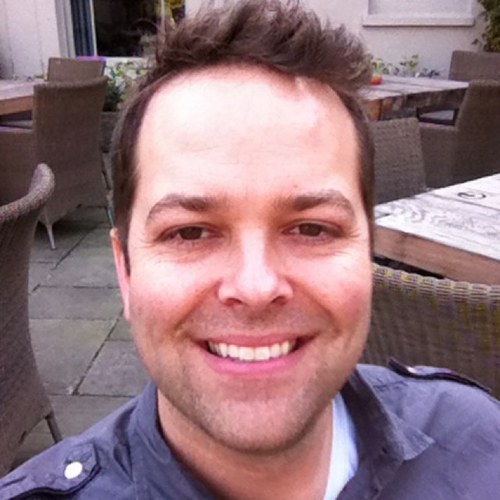 This is the sixtieth installment in The Sounds of Fundamentalism series. This is a series that I would like readers to help me with. If you know of a video clip that shows the crazy, cantankerous, or contradictory side of Evangelical Christianity, please send me an email with the name or link to the video. Please do not leave suggestions in the comment section.  Let’s have some fun!

Today’s Sound of Fundamentalism is a video titled What if Starbucks Marketed Like a Church?, produced by Richard Reising. Reising is an Evangelical who supposedly has a passion for “today’s church and reaching the lost for Christ.”  In other words, Reising’s “ministry” is the same old Evangelical shtick with a fresh coat of fuchsia paint.