Do Evangelical Christians “Know” the Mind of God? 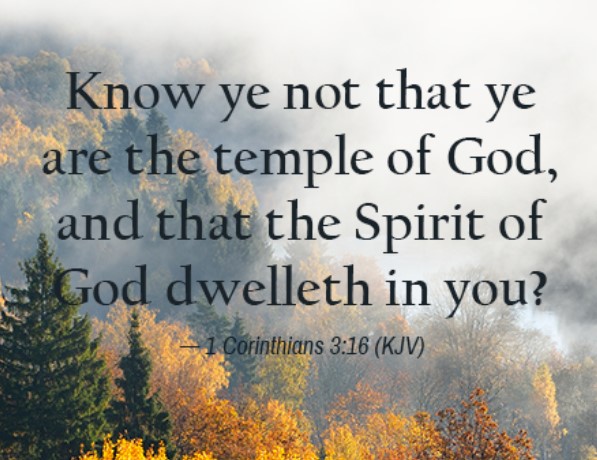 According to the Bible, God, in the person of the Holy Ghost, lives inside of every Christian. How the Holy Ghost pulls off being in millions and billions of places at the same time is unknown, but the Bible says that God is omnipresent, so it must be true, right? The Bible also teaches that the indwelling Spirit is the teacher, guide, and restrainer of every believer. Ponder that statement for a moment. Think of the Christians you know, and ask yourself, do they live in ways that are consistent with God living inside of them? Do their choices, decisions, and behaviors reflect that the God who promised never to leave or forsake them is an ever-present, active presence in their lives? Or, are your Christian friends and acquaintances pretty much like you and the other unwashed, uncircumcised Philistines of the “world?” That’s a rhetorical question.

People are people. On any given day, each of us has the potential to do good and bad things; each of us can bless others or cause great harm. Regardless of our religious beliefs, we are frail, feeble mortals. Getting Evangelicals to understand these facts, however, is a tall task. Everything they read in the Bible, hear from the pulpit, and read in Christian books tells them a completely different story; that they are special, unique people, who have been gloriously saved from “sin” by a virgin-born, resurrected-from-the-dead man named Jesus. It’s hard, then, for Evangelicals to see themselves as mere equals to non-Christians. Oh, they will tell you that they are just lowly, humble “sinners saved by grace,” but when you believe that the Creator of the universe is your BFF, lover, and closest confidant, it’s hard not to think you are superior to people you consider hell-bound sinners, followers of Satan, and enemies of Jesus.

Not only do Evangelicals have the Holy Ghost living inside of them, they also have the mind of Christ. In 1 Corinthians 2:14-16, the Apostle Paul wrote:

But the natural man receiveth not the things of the Spirit of God: for they are foolishness unto him: neither can he know them, because they are spiritually discerned. But he that is spiritual judgeth all things, yet he himself is judged of no man. For who hath known the mind of the Lord, that he may instruct him? but we have the mind of Christ.

Paul tells the Church at Corinth, that the natural man (unbelievers) does not receive, know, or understand the things of the Spirit of God. In fact, they can’t understand them because they don’t have the Holy Ghost living inside of them. Paul goes on to ask, “who has known the mind of the Lord?”  Answer? We (followers of Jesus) have. Why? We have the mind of Christ.

There is a difference between Christians and other people. One is enlightened by the Holy Spirit, the other is not; one sees a  beauty in religion, to the other it is folly; the one has the mind of Christ, the other has the spirit of the world; the one discerns the excellency of the plan of salvation, to the other all is darkness and folly. How could beings differ more in their moral feelings and views than do Christians and the people of this world? (E-Sword Bible, iOS Version)

[God] has endowed [Christians] with the same dispositions [as Christ], being born again by his Spirit; therefore we are capable of knowing his mind and receiving the teachings of the Spirit. These teachings we do receive, and therefore are well qualified to convey them to others. (E-Sword Bible, iOS Version)

Currently, I follow and read almost two hundred Evangelical blogs and websites. Not all of them publish every day, but many of them do. And without fail, day after day, dozens of these sites write posts detailing what the will of God is for believers and unbelievers alike. You see, when you believe that you have an intimate relationship with the one, true God and you talk to him daily, it’s not surprising that you begin to think you are God’s mouthpiece, that your words and God’s words are one and the same. Evangelical pastors believe that they uniquely chosen, qualified, and empowered “men of God.” In some Evangelical circles, you have people who believe they are “prayer warriors” or have been given a special “anointing” from God. As a pastor, I pleaded with God to endue me with “power from on high.” I begged him to use me as did the great men of God from days of old. I wanted a life that literally oozed God and his Word. Alas, I never achieved such greatness. That did not keep me, however, from telling people what God wanted them to do. How could I do otherwise? I had a God-given duty to lead, shepherd, teach, challenge, and rebuke congregants.

If Evangelicals are saved by and through Jesus, indwelt by the Holy Ghost, have the mind of Christ, daily converse with God in prayer, and have at their fingertips the very words of God — the Bible, why is there dissension and internecine warfare among God’s chosen ones? Based on my daily reading of Evangelical blogs, websites, and social media posts, I can safely conclude that the elect are a contentious lot, willing to go to war over the silliest and slightest of disagreements. If Evangelicals have the “mind of Christ,” Jesus sure is an argumentative, judgmental, violent asshole (which, shouldn’t shock us, knowing the kind of Father he had — read the Old Testament).

Perhaps, there is another way to look at Evangelicals; that all their talk about God living inside of them and having the mind of Christ is poppycock. Maybe, just maybe, despite all their God-talk, Evangelicals are just like the rest of us. I know, my Christian friend, it’s humbling to think that you are just like me and billions of other people; that you are not chosen, anointed, or special; that your supposed superiority is a myth.

Reality can be a bitch.