The Sounds of Fundamentalism: J.D. Hall and Fred Phelps, Two Peas in a Pod

This is the one hundred and nineteenth installment in The Sounds of Fundamentalism series. This is a series that I would like readers to help me with. If you know of a video clip that shows the crazy, cantankerous, or contradictory side of Evangelical Christianity, please send me an email with the name or link to the video. Please do not leave suggestions in the comment section.  Let’s have some fun!

Today’s Sound of Fundamentalism is a video clip produced by one Baptist (Peter Lumpkins) showing that two other Baptists (J.D. Hall and Fred Phelps) are one and the same when it comes to judging the salvation of others. Phelps says Baptist Billy Graham is headed for hell and Hall says Baptist Ergun Caner will soon split hell wide open too.  Or just another day among the Baptists.  Everyone knows Fred Phelps, the deceased leader of the Westboro Baptist Church cult. J.D. Hall?  Hall, a Calvinistic wanker, pastors Fellowship Baptist Church in Sidney, Montana and blogs at Pulpit & Pen.

Lumpkins, Hall, Phelps, Caner, and Graham all have one thing in common: they emphatically believe the Bible is the inspired, inerrant, infallible Word of God.

I’m In the Lord’s Army 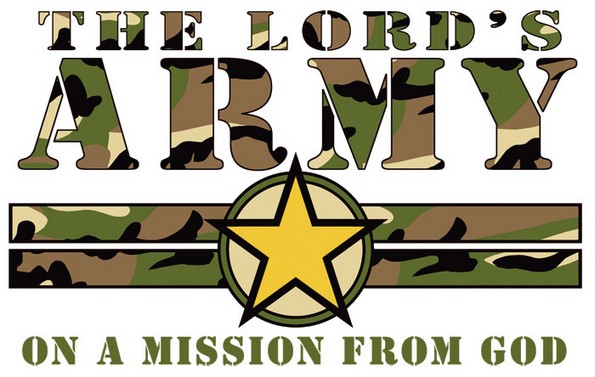 Yesterday, I caught up on back episodes of the TV show Tyrant. One episode featured a Muslim cleric telling a group of school children that they were soldiers in God’s Army. These children were later killed in a government attack on a terrorist training camp. This same cleric forgot to tell these children that they would be used as pawns in the war against America and the government of the fictional country Abuddin. Killed in an attack on the terrorist camp, the dead bodies of these children were filmed so they could be used in anti-government propaganda videos. A horrific scene to be sure, one that is played out time and again in the Middle East.

As I listened to the Muslim cleric tell the children that they were soldiers in God’s Army, my thought turned to the Evangelical Junior Church staple song, I’m in the Lord’s Army. Everyone now:

I may never march in the infantry,

Ride in the cavalry,

I may never fly o’er the enemy,

But I’m in the Lord’s army!

Yes sir!
I may never march in the infantry,

Ride in the cavalry,

I may never fly o’er the enemy,

But I’m in the Lord’s army!

Harmless kid’s song? Sure, but consider for a moment how much time and money Evangelicals spend indoctrinating their children. (Please see Do Fundamentalist Christians Indoctrinate Their Children?) Throw in Christian nationalism, American exceptionalism, Bible literalism, and “Second Amendment remedies” — why, it is easy to see that, in the future, some Evangelical churches will become training camps for youthful recruits for The Lord’s Army. Preposterous? Perhaps, but consider how easily fascist Donald Trump has turned countless Evangelicals into supporters of policies that could plunge the United States into civil war.

Earlier this year, armed Christians took over a government building, believing that God wanted them to take a stand against tyranny and attacks on personal and religious freedom. So-called Patriot Pastors are now defiantly breaking federal and state laws, believing that freedom of religion is under attack by liberals, secularists, humanists, and atheists. Calling for more “Christian” laws, scores of Evangelicals, Catholics, and Mormons now believe that the Separation of Church and State is a myth. Many of the domestic terrorist attacks over the past thirty-five years have been committed by Christians who have turned to violence to right perceived wrongs. White power groups such as the KKK — once thought to be buried beneath the rubble of the race riots of the 1960s — are drawing new soldiers to their war against multiculturalism and non-whites. These groups are almost always Christian.

Given the right circumstances and motivations, I can envision Christian churches, pastors, and parents encouraging children to be soldiers in the Christian God’s Army. One need only to watch how Westboro Baptist Church uses children to promote bigotry and hatred. Is it really a stretch to think that rabid Christians could turn to violence to advance their agendas? And even if you think I am out of my mind to think that such thing are possible, consider the fact that millions of American children are taught that there is no greater privilege than to give one’s life for Jesus. Be it in a life devoted to servitude or being martyred, these children are taught, “only one life, twill soon be past, only what’s done for Christ will pass” – Only One Life by C.T. Studd. (Please see The Myth of Persecution by Candida Moss, A Book Review) Martyrdom is very much a part of the many Christian sects. What better way to prove one’s faith than to die for it? 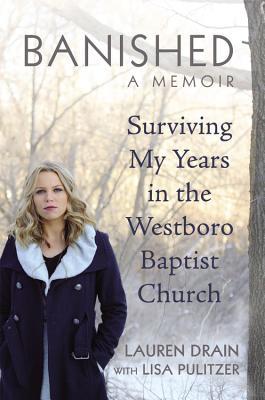 Lauren Drain spent her teenage years as a member of the infamous Westboro Baptist Church. The Drain family moved to Topeka to join the church in 2001 and they remain members to this day. In 2007, Lauren was kicked out of the church. For a time she continued to live in Topeka. She is a nurse and now lives in Connecticut with her fiancé.

I wanted to like this book, I really did. Anyone who can escape the clutches of Fred Phelps and the Westboro Baptist Church is to be commended. Throughout the book, it is evident that Lauren was mistreated and abused, and it is a wonder that she escaped with any sense of self-worth. The church and her family did their best to destroy her mentally and emotionally, yet she came through it, and she deserves a lot of praise for what she has done with her life post-Westboro.

Banished reads like a teenage girl’s diary. Page after page detail Drain’s angst over boys, make-up, dating, marriage, and the fear of going to hell. Drain spends significant time repeatedly detailing how she craved the approval of the Phelpses and how she went about trying to gain their approval. Sadly, the book became quite redundant and I found myself speed reading.

Banished does offer a first-person account of how the Phelps clan lives. However, Drain has very little negative to say about the Phelpses or the church. As one reviewer on Amazon noted, it seemed that Drain, if she could, would go back to Westboro. I doubt this is actually the case, but Drain spends little time critiquing the vile behavior and beliefs of the Westboro church family. I don’t want to be harsh in my judgment because I have not walked in her shoes, and since her family is still members of Westboro, I can easily understand her hesitation to be severely critical of the Westboro church family.

Drain was not kicked out of Westboro because of her beliefs. She still believes in the Christian God, albeit a different version of the Christian God — a kinder, gentler, loving God – than that of the Westboro Church. She still reads and studies the Bible and has come to see that there are many different ways to interpret the Bible.

In telling her story, whether intentionally or not, Drain shows that the Phelps family and the Westboro Baptist Church is made up of vile, nasty, vindictive people, who, due to their doctrinal beliefs, have lost the capacity to love anyone other than their own (and even then, their love is conditioned on obedience to what the church beliefs and the edicts of the pastor).

Drain reveals that the Phelps family has a few secrets of its own, such as the fact that two of Fred Phelps’ daughters became pregnant outside of wedlock. I am sure this was especially galling to Drain, since the reason she was banished is because she desired to have a relationship with a boy who was not a member of the church. That’s right — her big sin was being a normal, heterosexual teenage girl.

And this is the crux of the story. It is the story of an American teenage girl who wanted to be like other teenage girls. She wanted to have a boyfriend. She wanted to feel loved. She had wistful thoughts about getting married some day. (The only available boys in the church to marry were grandsons of Fred Phelps.) Her parents, the Phelpses, and the Westboro Baptist Church robbed her of her youth. They used and abused her and then threw her away like a piece of trash. (To this day she has no contact with her parents.)

I wish Lauren Drain well. She deserves a good life, a life with those who will love her for who she is. I hope that someday her family will be delivered from Phelps’ cult and that her relationship with them can be restored. I can only imagine the pain she must suffer from being completely cut off from her parents and siblings.

Drain gives the impression that the Westboro Baptist Church in an aberration and that most Christian churches and people are not like the Phelpses and Westboro. Unfortunately, my extensive involvement in Evangelicalism tells me this is not the case.

Westboro uses the threat of church discipline to control its members. I know of many Calvinistic Baptist churches that do the same. When I was co-pastor of Community Baptist Church in Elmendorf, Texas, I saw church discipline routinely used to keep people in line. People who refused to obey were excommunicated. When I decided to leave the church and return to Ohio, I was excommunicated because I did not ask the church’s permission to leave. To this day, the church considers me a publican and heathen.

Drain reveals that Fred Phelps is the domineering, controlling man everyone thinks he is (as is his daughter Shirley, who rules the church with her father). As the pastor of the church, he rules the church with a rod of iron. His word is the law. Is such behavior by a pastor an aberration? Maybe in some sects, but in the Independent Fundamentalist Baptist (IFB) church and in many other Evangelical sects, extreme pastoral authority and control is the norm.

While I cannot give Banished a 4 star rating for the reasons mentioned above, I do think people investigating the Westboro Baptist Church or Evangelical cultism in general will find the book helpful.

You can purchase the book here.