What I Found When I Left the Box 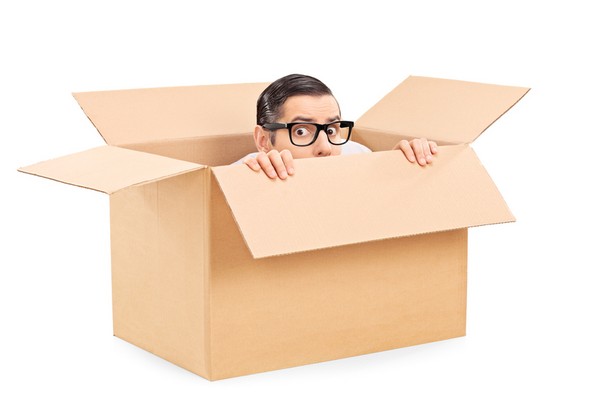 Yesterday, I wrote a post titled The Danger of Being In a Box and Why It All Makes Sense When You Are in a Box.  A commenter on Reddit asked if I would elaborate on this part:

“But is wasn’t. My mind was filled with thoughts of all the wonders I found outside the box. Things that those in my box said were bad for me; things that they were sure would ruin me. They told me that the box was all I needed. They feared I was becoming a wanderlust.

And they were right. I wandered once again outside the box, and just like before I fell down the slope of the slippery hill. This happened to me many times before I finally gave up and stayed at the bottom of the hill. When I did this,  the box I had lived in for almost 50 years no longer large enough for me. For the first time, the things I had found in the box seemed odd, peculiar, and contradictory.”

Every time I left the box I found new and wondrous things, things I had never heard about before, things I had never experienced. The box I was in for five decades was a box  whose dimensions were clearly defined. There was no guessing about the length, width, or depth of the box. Over time, the box had to be replaced. Those outside the box constantly battered the box with bats, bricks, and rocks. Sometimes, these attacks would cause gaping holes in the box and it became necessary to replace the box.

On one of my trips outside of the box, I found out that the box keeper wasn’t telling the truth. He was trying to preserve something that never existed. Perhaps he really didn’t know since he had never been outside the box.  I found out the box manual had errors and contradictions. People outside the box questioned whether the box manual was the correct manual. For a time, fear plagued me every time I went outside the box. I realized if the box manual wasn’t true, then everything I believed about the box was wrong. I thought, I am smart guy. How could I have been deceived for almost 50 years? Surely ALL these people in the box can’t be wrong?

As I strayed farther and farther away from the box, though, I found that there were all kinds of boxes. Every group of people had its own box, — some were religions, some were political, some were social, and some were economic boxes. I always knew there were other boxes, but I considered all other boxes but the one I was in to be false boxes.

Imagine my surprise to find out that the atheist box was nothing like Dr. I-Have-The-Truth said it was. In fact, I found out there was quite a bit of diversity in the atheist box. They argued back and forth with each other, but once they were done arguing they all went to the bar and were still friends. I had never seen such interaction before. In my box, when arguments broke out they usually ended  with one party calling  the other party not-a-true box dweller. Some of them even went so far as to leave the box and, just a few feet away, build another box. They said they were a new and DIFFERENT box, but everyone knew that the only thing different was the location of the box.

I found that I liked the atheist box. Those in the atheist box encouraged me to be skeptical of the every box. I had never heard this before. In the box I was from, we were told to never question the box and certainly to never question or doubt the box manual. The box keeper warned us that doubt led many a box dweller outside of the box never to return. We wondered, did they end up being recycled?

This new-found freedom to question and to be skeptical was quite liberating. It also caused a good bit of conflict for me. People from the box I had left were questioning whether I was ever a “real” box dweller. They said, Yes he was in the box but he never really believed the box manual. They called me a deceiver. Some even thought I was deluded. The box keeper used me as an illustration of what happens when a person becomes skeptical and asks questions

For a time, my wanderlust, while liberating, caused me a great deal of mental conflict. There seemed to be a constant tug and pull. I felt as if  I were going to be pulled apart. I heard about a man who specialized in helping people who left boxes similar to the one I was in. So I went to see him and I knew immediately that he could help with the tug and pull that was trying to tear me apart.

Over time, I began to see how the box, the box keeper, and the box manual had taken over my life to such a degree that I lost any concept of who I was. Every time I saw the specialist I reclaimed some of the self that I had lost. As this happened, I began to deal with the questions I had about the box and the box manual.

I am not sure when the moment was, but I do remember coming to a place where I felt completely free. I felt “born again.” I thought, I am a “born again” atheist. I no longer felt any pull to return to the box. Of course those in the box said “See what happens when you stay outside the box for a long time?”

Seven years have gone by since I found myself at the bottom of the slippery hill. It is hard to believe — seven years. People in the atheist box, the box I now call home told me that things would be better with time. They encouraged me to read and study. They told me “go where the data, the evidence leads you.”

Over time, I learned that the atheist box, and for that matter no box, is perfect. In every box there are arrogant, nasty, vindictive box dwellers. No box is perfect, but some boxes are definitely better than others. That’s the greatest wonder of all…I now have the  ability to freely choose the box (es) I want to be in.

I guess the best thing to say is this…I no longer feel boxed in.