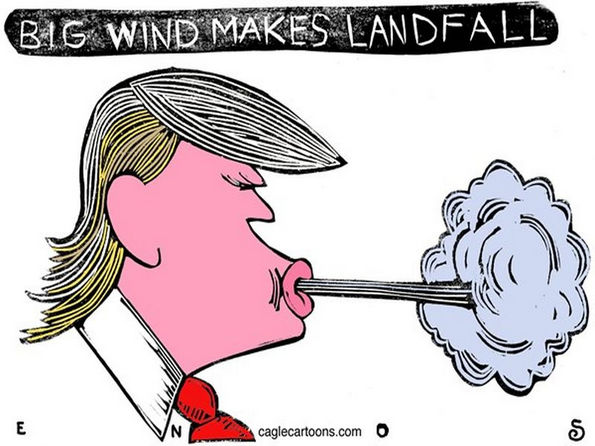 According to the CHARISMA website, Jeremiah Johnson is a prophetic minister. In other words, God talks directly to Johnson. Johnson, an elder at Heart of the Father Ministry in Lakeland, Florida, recently heard from God about Donald Trump: (link no longer active)

Trump shall become My trumpet to the American people, for he possesses qualities that are even hard to find in My people these days. Trump does not fear man nor will he allow deception and lies to go unnoticed. I am going to use him to expose darkness and perversion in America like never before, but you must understand that he is like a bull in a china closet. Many will want to throw him away because he will disturb their sense of peace and tranquility, but you must listen through the bantering to discover the truth that I will speak through him. I will use the wealth that I have given him to expose and launch investigations searching for the truth. Just as I raised up Cyrus to fulfill My purposes and plans, so have I raised up Trump to fulfill my purposes and plans prior to the 2016 election. You must listen to the trumpet very closely for he will sound the alarm and many will be blessed because of his compassion and mercy. Though many see the outward pride and arrogance, I have given him the tender heart of a father that wants to lend a helping hand to the poor and the needy, to the foreigner and the stranger.”

Well, one thing is for sure…Donald Trump is a blowhard, the next Herb Alpert of God’s brass band of fools.