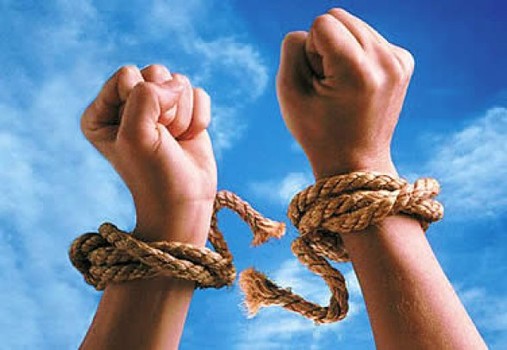 Linda Italiano is the latest person to publicly profess that Jesus has delivered her from a life of carnal relations with the same sex.  Italiano, age 52, was a practicing lesbian for 34 years. In 2014, she started attending Life Church in Williamstown, New Jersey, a garden-variety Evangelical church with a charismatic flavor. Italiano writes:

It wasn’t until I started attending church in early 2014, that I saw a different way of living and thinking. This was where my plan and God’s plan collided. As I began attending week after week, I started to understand the Word of God, but I had it in my mind that lesbianism was going to be the deal breaker. I thought that if the church wasn’t going to condone it that I would leave. I also thought that once everyone found out about me I would be asked to leave or I would feel unwelcome.

Thankfully, I was wrong about all of this. I requested a meeting with the pastor where I told her everything and I was met with love and respect. I was also shown exactly what the Bible says about homosexuality and it was made clear to me that it was unacceptable and wrong. I came away from that meeting still feeling welcome and accepted in the church, but understanding that homosexuality is a sin like any other sin. I understood that the Word of God is more important than anything else, and He is the answer to all of my problems. It did not take very long before I was completely delivered from the homosexual lifestyle and I totally renounced it. God did for me what I had been unwilling or unable to do for myself.

Normally, I would leave sexually confused people like Italiano alone. It’s her life, each to their own. However, she has published her story and it was recently featured on the CHARISMA website, so I thought I would give her story the attention it deserves. Italiano recently posted a link to her coming-out story on Facebook. (link no longer active)  Here’s how some of her friends responded to her born-again heterosexual experience: 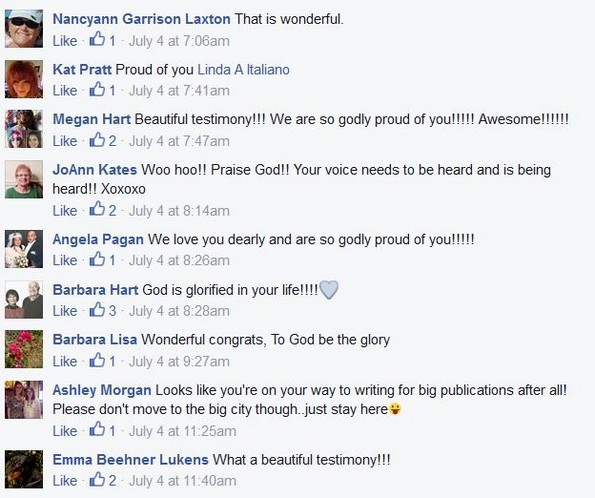 According to Italiano, her slide into decades of scissoring began at age 18 when her older brother was killed in a car accident:

In 1980, a month before I turned eighteen, my older brother was killed in a car accident. This was the event that changed everything for me. I went from a stable person with goals and dreams to an angry, hopeless, directionless person. My family started growing apart immediately after the accident as we each dealt with the loss separately. This began many years of victim mentality thinking, which hindered me in a big way as it colored all of my decisions going forward.

In 1980, the drinking age was eighteen, much to my detriment. It had become increasingly difficult for me to spend time at home because my mother was taking out all of her unhappiness and hurt on me. I had become her target for all that was lost in our family. I began to spend much of my time in bars. I drank to excess from the start and I quickly became an alcoholic. I also met a woman who introduced me to lesbianism. I chose this lifestyle for thirty years or so until I became a Christian in 2014.

Drinking for me was like a job. I lived in fear of withdrawal and tried unsuccessfully to walk that line between maintenance drinking and blackout drinking. Blackout always won. This lasted until the age of thirty-three when I finally stopped drinking.

Even though I was sober, I was aware that there was still a huge void in my life. I started living a more solitary existence and was full of fear. I had very little self worth and was settling for crumbs from people in my life when I should have been expecting more.

I developed a plan. I was going to find a woman who would treat me well and I would spend the rest of my life with her. I had convinced myself over the years that I was born a homosexual, even though there was evidence to the contrary, and I thought this was the only path I could take. Being around homosexuals for so long, the idea was reinforced in me that I was only attracted to women and that same-sex attraction was a positive thing.

Was Italiano a homosexual? Is she still a homosexual? I don’t know. Only she can answer that question. What I do know is that homosexuality is as normal as heterosexuality and bisexuality, and all the Bible quoting in the world won’t change this fact.

I find it interesting that Italiano sought out a church where most of the staff, including the lead pastor, is female. The pastor of Life church, Jamie Morgan, also has a deliverance story to tell. According to Morgan, at age 26, she was “miraculously delivered from alcohol, agoraphobia, fear, anxiety attacks, depression and nicotine.” In a blog post titled, Fear is a Liar, Morgan writes:

I was saved at twenty-six years old. I was an alcoholic, filled with fear, anxiety, worry, and depression. One night, I fell to me knees and said, “God, I can’t do this anymore. The way I’m living my life isn’t working. I’ve even tried living like others thought I should. That’s not working either. I want your plan for my life. I don’t know you, but your plan for my life has got to be better than anything that I can come up with. I give you my life. I give you my heart. I ask you, Lord, to take this messed up girl, and if you can do anything with her life, to do it.” And He did it. He delivered me from all my fears. He delivered me from alcoholism. He delivered me from panic attacks. I was agoraphobic. I was so scared of panic attacks that I couldn’t go anywhere. I was a prisoner in my own home. But I sought the Lord, just as Psalm 34:4 says. I cried out to Him and He delivered me. After I prayed that prayer of salvation, it felt like shackles fell from me. From that point on, I had to renew my mind according to the Word of God. As I did, I was able to maintain my deliverance.

Dear Christian who has embraced the apostasy of same-sex marriage:

I ask you to prayerfully read, and somberly consider, this plea…

“Did God really say…?” was the strategy the enemy used in the Garden and the same cunning he uses today. Getting us to doubt any part of God’s Word remains his deadliest weapon. A true follower of Christ makes the quality decision, from which there is no turning back, that God’s Word is the Truth – no matter the cost, public opinion, philosophies of this world or political correctness – even if we have close friends or family members that are in the homosexual lifestyle. It is a non-negotiable for which the true Christian will die (and many have). If you are a Christian, and have caved to societal views on this or any issue, you have been deceived by Satan. Deception, when given root and not repented of, will spread to your entire life – and could eventually effect where you will spend eternity. I implore you to repent for doubting God’s Word as the Truth and for practicing “Cafeteria-style Christianity” which is no Christianity at all. And I implore you to recommit yourself to believe and stand on God’s Word as the only authoritative, inerrant and infallible Truth that exists on the face of the earth.

The assistant pastor, Marie Campbell, also has a similar deliverance story, having been delivered by a divine encounter with Jesus from “IV drug addiction and alcohol.”

Cults like Life Church are the worst of their kind. They deliberately seek people who are substance abusers or are struggling emotionally and mentally. They offer them them a hot shot of Jesus, neglecting to share with those they prey on that once they are hooked on Jesus they will be expected to conform to Morgan’s fundamentalist interpretation of the Bible. (Morgan is a graduate of Oral Roberts University)

Sadly, Italiano has surrendered her will and reason to Morgan, Life Church, Jesus, and the Bible. Whatever her problems might have been or still are, they have been swallowed up by Evangelical moralizing and puritanism. Time will tell if Jesus is enough to keep her from returning to the arms of another woman.