Windows 10: Is Microsoft’s Latest Operating System a Tool of Satan? 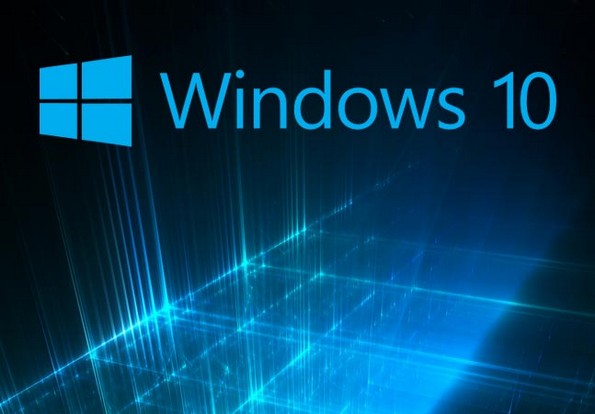 I read and monitor a large number of Christian, Evangelical, right-wing, and bat-shit crazy blogs and news sites. Since the main focus of this blog is Evangelicalism, I do my best to be informed about what is happening in the world of God’s chosen people. Some days, it is isn’t easy and I find myself either wanting to take a long, hot mental shower or I find myself shaking my head or laughing hysterically.

This post is about a head shaking and laughing post written by Bible Believer, a fundamentalist Christian who blogs at the Galatians 4 website. He has written about me several times in the past, The IFB Pastor Turned Atheist: Those Who Fall Away and Ex-IFB Pastor Still Rejects the Word of God.  While he refuses to mention me by name in his posts, he did let his readers know that he doesn’t “post there (this blog) anymore, there are biblical precepts about preaching the gospel and getting out of Dodge and leaving the dust of your sandals when someone refuses to hear.”

Windows 8 is bad enough, I have to search for everything even to shut the computer off. Whose brain works with this nonsense? If I had time I’d strip Windows 8 off this computer and go back to 7. I shut off updates too as much as is possible but it seems some sneaks in anyway. The trojans sent to my computer never end too. This one almost got destroyed by two last week. I actually have to strip my computer completely clean at least once a year. I agree with the blogger of the link below since this commercial gave me the creeps too.

In 2012, Another Voice featured an article that alerted readers to the evils of Window 8. Of particular worry was a Microsoft Windows 8 promotional video. While the video is no longer available, here’s a screen shot of what Another Voice was so concerned about: 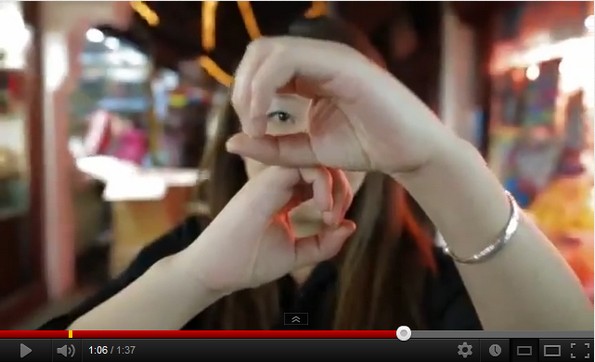 Most of us likely see an 8, but not Another Voice:

…The message in this second image from the same video could not be any clearer either. It is a hand-formation of a figure ‘8’ – for Windows ‘8’ of course, with, it just so happens, the infamous all-seeing-eye peering through, aka the ‘eye of Horus’.

Understanding that such obvious occult symbolism is never random but always intentional, are the ‘hidden’ messages in this Windows 8 “The World Is Ready” promo video a statement that the world is considered now ready for Horus, i.e. the Antichrist – along with the global system to monitor and control everything and everybody that comes with him – and that Windows 8 (and beyond) is going to make it happen?…

…Windows 8 is going to be shifting the masses to the cloud, and putting control of the software into the hands of Big Brother, aka ‘Horus’. The world is ready they say. Do you want your life in the ‘hands of horus’?

Windows 8 has now been replaced by Windows 10, and like Bible Believer, Another Voice sees a mysterious, hidden Satanic agenda behind the latest incarnation of Microsoft’s operating system.  This time, it’s the Windows 10 promotional video that’s the problem. (video removed from YouTube)

Are you scratching your head over this one, desperately trying to “see” the mysterious, hidden Satanic, New World Order agenda? Well, scratch no more. I’ll let Another Voice help you “see”. Look carefully at this screen shot from the video: 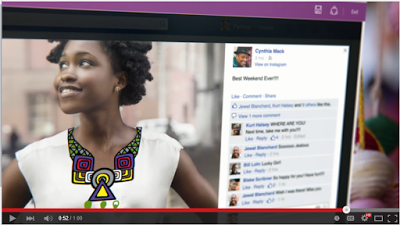 Still don’t see it? Come on, it is right in front of you! OK, take it away Another Voice:

“The future starts now…for all of us” say the would-be overlords of the would-be novus ordo seclorum (New order of the ages, often mistranslated New World Order by conspiracy theorists) …and sure enough there it is: the Phoenix – hidden-in-plain sight

For you who haven’t been part of Christian fundamentalism, I am sure the paranoia of Bible Believer and Another Voice is bewildering and hysterical. However, I understand exactly where they are coming from. When you grow up being taught that unseen forces are manipulating people and governments in order to usher in a New World Order and advance the kingdom of Satan, it’s easy to “see” conspiracies everywhere you look. Couple this with literalistic eschatological beliefs and it’s not hard to “see” Satan and evil everywhere.

The thinking goes something like this…Jesus is coming soon, and before he comes again, the world is going to become as it was in the days of Noah and the days of Sodom and Gomorrah. Just look at the recent U.S. Supreme Court legalizing sodomite marriage and the recently released videos that clearly show the Planned Parenthood is selling baby parts. Look at all the lawsuits and court rulings, almost on a daily basis, that go against the Word of God and result in Christians being p-e-r-s-e-c-u-t-e-d.  Everywhere sincere Christians like Bible Believer and Another Voice look they see the advancing kingdom of Satan and spiritual and moral darkness.  Surely,  it won’t be long before the trump of God sounds and Jesus splits the eastern sky!

While I think Microsoft and a host of other companies have taken over the world, I don’t see a nefarious plot to usher in some sort of New World Order that will enslave the masses and turn the book of Revelation into a play acted out on the world stage. What I see is the march of technology to beat of the drum of capitalism. Whether this is good or bad remains to be seen, but I do not fear Windows 10 or any other software program. They are just tools we use to work, play, and communicate.