Christians Say the Darnedest Things: Bringing the Kundalini Serpent Into the Church by Geri Ungurean 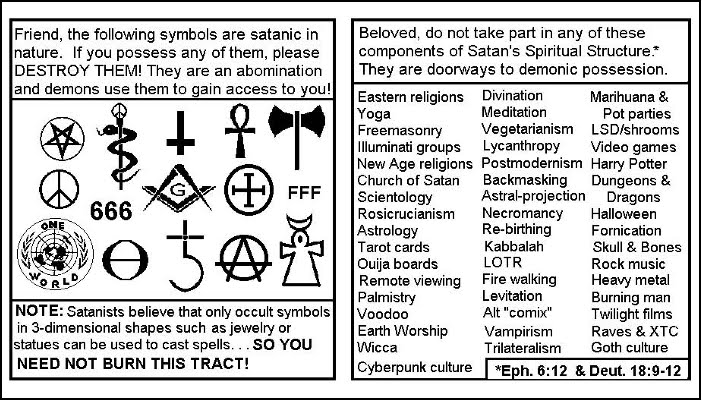 Nothing seems to get a heated debate started faster than challenging a Christian who practices Yoga on this subject.

“But I only do the stretching part.” I can’t tell you how many times I have heard this. This article is written for the sake of clarification and education on the practice of Yoga.

Yoga (/ˈjoʊɡə/; Sanskrit: योग, Listen) are the physical, mental, and spiritual practices or disciplines that aim to transform body and mind. The term denotes a variety of schools, practices and goals in Hinduism, Buddhism (including Vajrayana and Tibetan Buddhism and Jainism,[ the best-known being Hatha yoga and Raja yoga. The term yoga is derived from the literal meaning of “yoking together” a span of horses or oxes, but came to be applied to the “yoking” of mind and body.- source

Yoga:noun a mystic and ascetic Hindu discipline by which one seeks to achieve liberation of the self and union with the supreme spirit or universal soul through intense concentration, deep meditation, and practices involving prescribed postures, controlled breathing, etc. a system of exercising involving the postures, breathing, etc. practiced in this discipline.

A Christian who studies the Word of God, should instantly see red flags and discern that Yoga and Christianity are not compatible. We see in the definition “Yoga is the physical, mental and spiritual practices or disciplines that aim to transform body and mind.” What does God say about transforming our minds?

“And be not conformed to this world: but be ye transformed by the renewing of your mind, that ye may prove what is that good, and acceptable, and perfect, will of God.” (Romans 12:2)

Another red flag should easily be seen by a student of the Word. Let’s see what God says about being yoked together:

“Be ye not unequally yoked together with unbelievers: for what fellowship hath righteousness with unrighteousness? and what communion hath light with darkness?” (2 Corinthians 6:14)

Were you aware that every Yoga pose is a posture of worship to various Hindu gods? In this way, the person is making offerings to millions of Hindu deities! Of course, these details are left off of the “Welcome pamphlet” in Yoga centers. People are coming there to stretch and relax and be energized, right?

In an interview with Dave Hunt of the Berean Call (Dave is now with our Lord) the subject of the Kundalini Spirit was addressed:

“Well, to put it bluntly, it’s demonic. There is no way you can explain it physically, it’s a non physical force. There certainly is nothing coiled at the base of the spine, three and one-half times coiled like a serpent that’s going to spring up when you get in the proper state of consciousness, supposedly. This is the same occult power that all the occultists are in touch with, or try to be in touch with.”

— Geri Ungurean, Absolute Truth From the Word of God, Christia Yoga: Bringing the Kundalini Serpent Into the Church, December 22, 2016