On Tyranny: Twenty Lessons From the Twentieth Century by Timothy Snyder 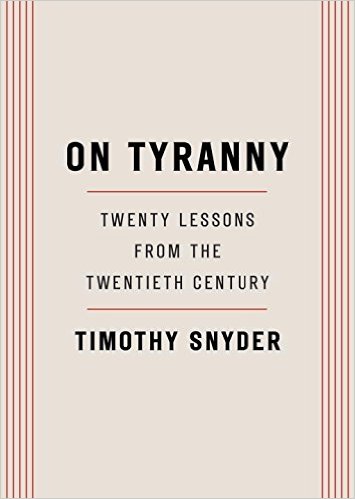 Timothy Snyder, professor of history at Yale University, recently wrote a short book detailing the threat of tyranny facing Americans (and the world) today. Snyder gives twenty important lessons we must learn from history if we are to avoid tyranny. History does not repeat, says Professor Snyder, but it does instruct.

What follows is a summary of Snyder’s Twenty Lessons. I have expanded the text on the points I found most thought-provoking.

On Tyranny: Twenty Lessons From the Twentieth Century can be read in one sitting. You can purchase the book here. Buying the book through the provided link will provide a few shekels for this site. Thank you!