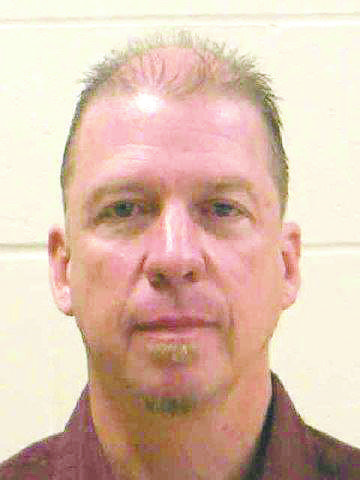 Kevin Grimes, pastor of DaySpring Assembly of God in Spencer, Iowa and director of the Spencer Dream Center — an unregulated ministry,  was sentenced Monday to five years in prison for having “sex with people he was counseling.”

A former pastor in northwest Iowa has been given five years in prison for having sex with people he was counseling.

He’d pleaded guilty to two felony and one misdemeanor count of sexual exploitation by a counselor.

Prosecutors dropped three other counts in exchange for Grimes’ pleas. The 52-year-old also must register as a sex offender.

Grimes had worked as chief executive officer of the Spencer Dream Center, which provides social services to the community. Prosecutors allege Grimes engaged in sexual conduct with some clients while providing mental health services to them.

Grimes was the subject of a Register Reader’s Watchdog investigation in May 2016 after Alex Jacobsen, a close friend, attempted suicide while participating in Grimes’ unregulated faith-based treatment program. Not long afterward, authorities confirmed Grimes was under criminal investigation, accused of sexually exploiting others he had counseled, and Grimes resigned.

In August 2016, Lee Rood, a writer for the Des Moines Register, reported:

Clay County authorities this week charged a pastor who started a controversial discipleship program in Spencer with five counts of felony sexual exploitation by a counselor or therapist.

Kevin M. Grimes, 51, an Assembly of God minister, was the subject of a Register Reader’s Watchdog investigation in May after Alex Jacobsen, a close friend, attempted suicide while participating in Grimes’ unregulated faith-based treatment program. Not long afterward, authorities confirmed Grimes was under criminal investigation, accused of sexually exploiting others he had counseled, and Grimes resigned.

Grimes has since been dismissed from the Assemblies of God church as a pastor, according to Tom Jacobs, district superintendent of the Iowa Ministry Network for the church.

“We’re just very saddened by all of these events,” Jacobs said. “We’re concerned for everybody involved in the situation and praying for everybody who’s affected.”

Grimes came to Spencer from California to pastor at DaySpring Assembly of God Church and started a new drug treatment program earlier this year at the nonprofit Spencer Dream Center, which he and local donors created downtown to help people in need.

Jacobsen’s family approached the Reader’s Watchdog, wondering why faith-based treatment programs are not subject to any regulation in Iowa.

The discipleship program Grimes started in January required that Jacobsen, who was 26 and suffered from mental illness, go off powerful mood-altering drugs before being admitted. Ten days later, after showing obvious signs of withdrawal, his family said, he attempted suicide with a box cutter he found in a hallway.

Paramedics said Jacobsen, a University of Iowa graduate, would have bled to death if he had not been found by Hanges shortly after.

Jacobsen’s family also questioned the relationship Grimes forged with the troubled young man and text messages Grimes sent to him. After the attempted suicide, the family made contact with others who said Grimes was sexually exploiting young men, and put them in touch with Iowa’s Division of Criminal Investigation.

In September 2016, Russ Mitchell, a writer for The Daily Reporter, reported:

A fourth person has come forward and an additional felony charge was filed Thursday night involving a former Spencer pastor accused of trying to sexually exploit vulnerable individuals under his care.

Kevin Grimes now faces four Class D felony counts and two aggravated misdemeanor counts of sexual exploitation by a counselor or therapist. Grimes was director of the Spencer Dream Center and pastor at DaySpring Assembly of God Church as allegations of inappropriate conduct began to surface.

Special Agent Trevor Modlin of the Iowa Division of Criminal Investigation initially said the 51-year-old “became a friend and counselor to three individuals with whom he developed sexual arousals stemming from his work as a counselor.” The agent also said Grimes followed a pattern of grooming the individuals “by initiating jokes and conversations, which were sexual in nature, providing photographs that were sexual in nature to two individuals and engaging in touching of one victim’s waistline, upper thigh and buttocks,” according to the initial criminal complaint.

“As a member of the clergy, senior pastor of the church and CEO of the Dream Center, he provided or purported to provide mental health services to emotionally dependent individuals which he knew or had reason to know were significantly impaired in the ability to withhold consent to sexual conduct,” Modlin said.

Former Spencer pastor Kevin Grimes was granted an early release and left the Newton Correctional Facility on Monday morning, according to records officials at the Iowa Department of Corrections.

Grimes was originally sentenced to five years in prison on May 15. Previous time served and compliance incentives gave Grimes a tentative discharge date of Oct. 4, 2019, according to Iowa Department of Corrections records.

Courtney said he factored in Grimes’ family and financial circumstances as well as the pastor’s prior criminal record and social history when reconsidering the sentence.

“The court finds that the defendant’s term of incarceration shall be reconsidered and the defendant shall be immediately released from custody and placed on probation,” Courtney said, in an order sent to Newton on Friday. “All other provisions of the court’s May 15 judgement and sentence are to remain in full force and effect.”

One of the victims who testified at Grimes’ sentencing hearing expressed opposition to the former pastor’s release.

“Knowing him, he’s lying about being sorry,” he told Courtney in an a Nov. 3 victim impact note to the judge. “If he kept this going his whole life, you think he’s going to be sorry in four months? It would be irresponsible to allow him out at this time. He’s not sorry.”

Under Friday’s amended sentence, Grimes has five days to report to the probation office in Sheldon. He will have to register with the Iowa Sex Offender Registry and Courtney ordered Grimes to attend and complete a sex offender treatment program.