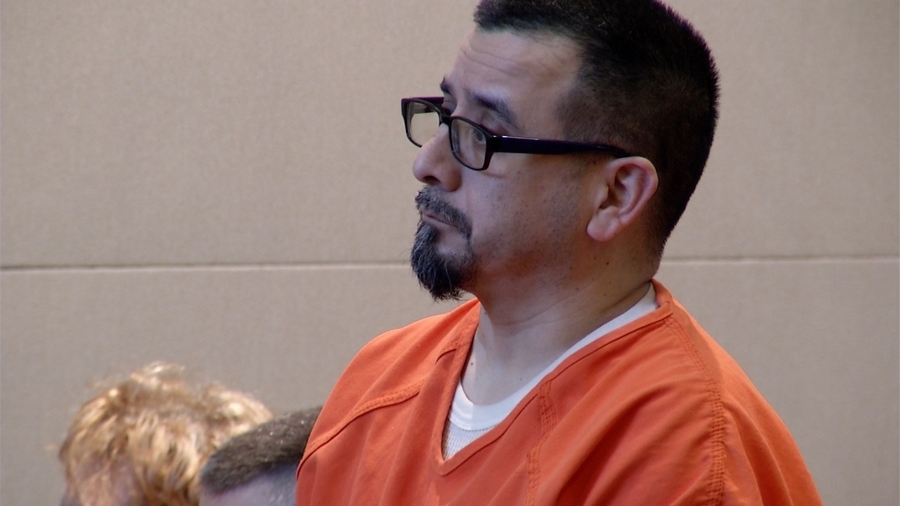 Benoni Enciso, youth pastor at Stutsmanville Chapel in Harbor Springs, Michigan, was charged in March 2017 with “six counts, including possession of child sexually abusive material, two counts of surveilling an unclothed person, two counts of using/installing an eavesdropping device, and using a computer to commit a crime.”

A Northern Michigan man is facing felony charges after he was accused of recording two female teens showering at his Boyne City home.

Benoni Jonathan Enciso, 49, has been charged with six counts, including possession of child sexually abusive material, two counts of surveilling an unclothed person, two counts of using/installing an eavesdropping device, and using a computer to commit a crime.

He is being held at the Charlevoix County Jail on a $50,000 bond. He is due back in Charlevoix Circuit Court on March 17 for an arraignment, where he can enter a plea.

Enciso had a family come stay at his home for the weekend of February 18-19, according to Police Chief Jeff Gaither. He knew the family, having served as the teens’ youth pastor at Stutsmanville Chapel in Harbor Springs.

During the weekend stay, an 18-year-old female noticed a cell phone was recording her when she stepped out of the shower. Further investigation determined that the phone had also captured video of her 15-year-old sister, police said.

Gaither said the teens confronted the homeowner and learned he set up the phone to record. They then reported the incident to their parents, who notified police on Feb. 21.

Enciso was arrested later that day.

The Boyne City man was an administrator at the Harbor Springs church during the time of the incident. He has since been removed from the “Staff” section of the church’s website.

In a statement, the church said, “At the time of his hiring, Mr. Enciso was not listed on a sex offender registry, nor did he have a criminal record.

After pleading guilty to the aforementioned sex crimes, Enciso was arrested again and charged with similar crimes in another Michigan county.

Blayke Roznowski, a reporter for 9 and 10 News writes:

A former youth pastor who already admitted to child sex crimes in Charlevoix County was in court again for similar crimes in Emmet County.

9 & 10 News had the only camera in court as Benoni Enciso was arraigned on several charges for recording girls as they undressed when they stayed with him.

In Boyne City in February, a girl found an iPhone recording her in the bathroom when she visited her former youth pastor, and turned it into police.

Enciso pleaded guilty to those five child sex crime charges and is set to be sentenced next week in Charlevoix.

Wednesday in the Emmet County courtroom Judge James Erhart arraigned Benoni Enciso, also known as Jon, on more than 20 different child sex crime charges that includes both possessing and producing child sexually abusive material and using a computer to do so.

That evidence was turned over to Emmet County in March.

They determined Enciso recorded four videos and made close to 150 images of four girls undressing at a Bay View home he was renting between July and September 2015.

“Apparently he was a friend and trusted and was familiar with the family,” Sheriff Wallin said. “It’s a serious violation and it was an invasion of privacy for both the victims and the families themselves.”

Court documents say the former youth coordinator of the Stutsmanville Chapel admitted to hiding an iPhone, taking video and enhancing the images for sexual purposes.

The former Emmet County youth pastor who was already sentenced to four years in prison was sentenced in a second county.

Benoni Enciso was sentenced Monday in Emmet County to 54 months to seven years on the four convictions of using a computer to commit a crime and two years to five years on the four convictions of capturing an image of an unclothed individual. The sentences for the computer crime will run consecutive to the sentences for capturing an image.

In Charlevoix County, Enciso was sentenced in May to up to four years in prison after admitting to taking videos of underage girls in the shower.

Enciso was the youth pastor at Stutsmanville Chapel in Harbor Springs.