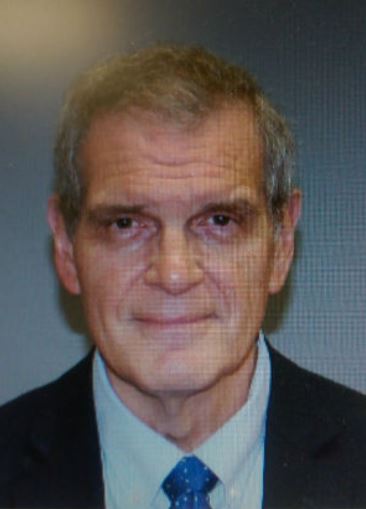 Peggy Wright, a staff writer for the Daily Record reports:

The former pastor of Gethsemane Lutheran Church was charged Thursday with invading the privacy of his secretary by secretly taking pictures and videos up her skirt while she was working.

After an 11-month investigation, town police on Thursday charged now-retired Rev. Terry Herzberg, 66, of Tannersville, Pa. with invasion of privacy and criminal attempt at invasion of privacy. Herzberg was charged after turning himself in at the Warren County courthouse in Belvidere, where he was expected to make a first appearance before a judge, according to a release from Hackettstown Sgt. Darren Tynan.

The alleged victim, whose identity is not being released by the Daily Record, first alerted police on June 27, 2016 that she had observed Herzberg – then the pastor at the church on E. Baldwin Street – taking photos of her intimate body parts while she was working.

A search warrant was issued and electronics from the church and the reverend’s home were seized. While the investigation was pending, the victim, a Flanders resident, filed a lawsuit in Superior Court, Morristown in November 2016 against Herzberg and the church.

The lawsuit charges that the church violated the state’s Law Against Discrimination and that Herzberg’s conduct interfered with the secretary’s job performance and “created an intimidating, hostile or offensive working environment.”

The lawsuit said the woman left the job because she could not work in that environment.

The victim’s lawsuit said she was hired in July 2010 to work as administrative assistant to Herzberg and the director of the church’s preschool, and that she often worked alone with Herzberg, who was her immediate supervisor and the highest-level employee of the church.

The lawsuit said that Herzberg routinely made sexually provocative comments about her appearance, clothing and weight and once gave her a card that said she was sexy.

In May 2016, the complaint said, Herzberg asked the woman to call up a document on her computer. He stood directly behind her and she noticed that he was holding an object over her head which he quickly stuffed into his pants pocket, the lawsuit said.

“When plaintiff returned her attention to the computer, she again perceived something above her, looked up and observed Herzberg taking photographs of her chest. Plaintiff became very upset and strongly objected to his behavior,” the lawsuit said.

On June 27 – the day the victim last worked at the church – she wore a skirt to work and while standing in her office felt Herzberg’s presence behind her. She turned, according to the lawsuit, and saw the pastor holding a camera and straightening himself up from behind her.

Moments later, the lawsuit said, Herzberg returned to the secretary’s office and she sensed his presence behind her. She turned around and spotted him holding a camera under her skirt taking pictures, the lawsuit said.

Working with police, the woman called the pastor and he allegedly admitted taking photographs underneath her skirt and doing the same to others, the lawsuit said.