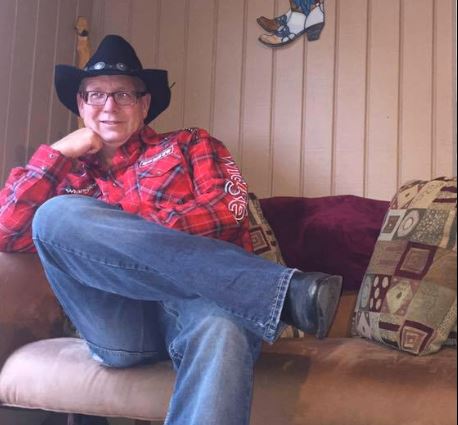 Keith Haskell, pastor of Bridges of Hope Community Church in Owatonna, Minnesota, has been charged with five counts of misdemeanor fifth degree assault, impersonating a peace officer, and felony use of tear gas to immobilize.

A pastor in southern Minnesota is facing charges for pretending to be a police officer and pepper spraying a teenager he caught shoplifting.

Keith Douglas Haskell, 55, faces five counts of misdemeanor fifth degree assault, in addition to the charge or impersonating a peace officer and felony use of tear gas to immobilize.

“I think he got what he deserves,” said Abraam Rodriguez, one of the teenagers at the center of the case.

Rodriguez said on Sept. 4, he and his cousin went to the Cash Wise grocery store. He admits his cousin shoplifted about $10 in snacks. In the documents, Haskell told officers he saw the teenagers grab cereal and fruit snacks without paying. He said he went outside to write down their license plate, then followed them when they left.

Rodriquez said he pulled his SUV into a nearby apartment parking lot because he didn’t want Haskell to know exactly where he lived.

According to the court documents, witnesses who live near the scene told investigators they could hear Haskell identifying himself out loud as a police officer and trying to pull the teenagers out of the SUV. Haskell is a pastor at Bridges of Hope Community Church.

In the documents, Rodriguez told officers his cousin swung at Haskell because the pastor aggressively pulled him out of the SUV. Haskell said he then pepper sprayed the teenager in self-defense.

When his cousin ran off, Rodriguez said he stayed put in the driver’s seat.

“I thought he was a police officer, that’s why I didn’t do anything,” Rodriguez said. “I’m not going to not follow orders of a cop.”

In the documents, Rodriguez told investigators that Haskell took his car keys from him and tried to take his cell phone away. Rodriguez was on the phone with him mom to call for help when he said he was pulled out of the SUV by Haskell.

When his mother came outside, she told officers at the scene Haskell had her son pinned up against the SUV. In the documents, Haskell admitted to police he was holding a baton at the time. He told officers that he told the teens he was trying to make a citizen’s arrest.

“I was actually pretty scared because if he was a cop and you see all those videos of cops, police brutality and stuff,” Rodriguez said.

Police took a can of pepper spray and a baton as evidence. When asked for a comment, Haskell referred WCCO to his attorney, Chris Ritts, who released a statement saying: “The police investigation is absurd and flawed. My client was the victim. We will fight these allegations in the courts.”

In an article titled, What Would Jesus Do to a Teenage Shoplifter, the City Pages reports:

Probably not what Keith Haskell is accused of doing. Haskell, 55, and a pastor at Bridges of Hope Community Church in Owatonna, faces numerous criminal charges for his ham-fisted attempt at vigilante justice against two criminals.

The perps in question? Two teenage boys, one of whom was trying to shoplift $10 worth of snacks from a Cash Wise grocery store.

The incident occurred on September 4, WCCO reports, when Haskell spotted the shoplifter pocket “cereal and fruit snacks without paying.” According to the Steele County Attorney criminal complaint against Haskell, the pastor went out to the parking lot to take down the license plate of the teens’ vehicle.

Haskell also followed the teenagers, who pulled into the parking lot of an apartment building, at which point Haskell approached, identified himself as a police officer, and told them to put their hands up. According to Abraam Rodriguez, one of the two boys involved, Haskell roughly grabbed for his cousin, the one who’d stolen the snacks.

The boy took a swing at Haskell, who responded by pepper-spraying him before he ran off. Haskell says he used the pepper-spray in self defense, but he’s facing a charge of unlawfully using of tear gas, a felony.

By that time, Rodriguez had used his cellphone called his mom for help. When she arrived, she found Haskell, who was holding a baton, had pinned Abraam against his SUV. Haskell would later tell police he was merely trying to execute a citizen’s arrest of the teenager.

Rodriguez, for his part, says he wishes Haskell had done the easier thing and called the actual cops.

“If I were to be in his shoes or whatever, I wouldn’t chase after people that stole candy from a store,” Rodriguez told WCCO.

Haskell faces five counts of misdemeanor assault, one of impersonating a peace officer, plus the felony tear gas charge. Haskell is due in court November 30. His defense attorney Chris Ritts told the station the charges have the whole situation flipped around.

“The police investigation is absurd and flawed,” Ritts says. “My client was the victim.”