Cartoonist Brian McFadden aptly captures my thoughts on recent attempts by major American cities to attract Amazon to their community. Amazon plans to build a second headquarters, and city officials are falling all over themselves as they chase after Amazon’s promise of 50,000 jobs and millions of dollars of tax revenue. 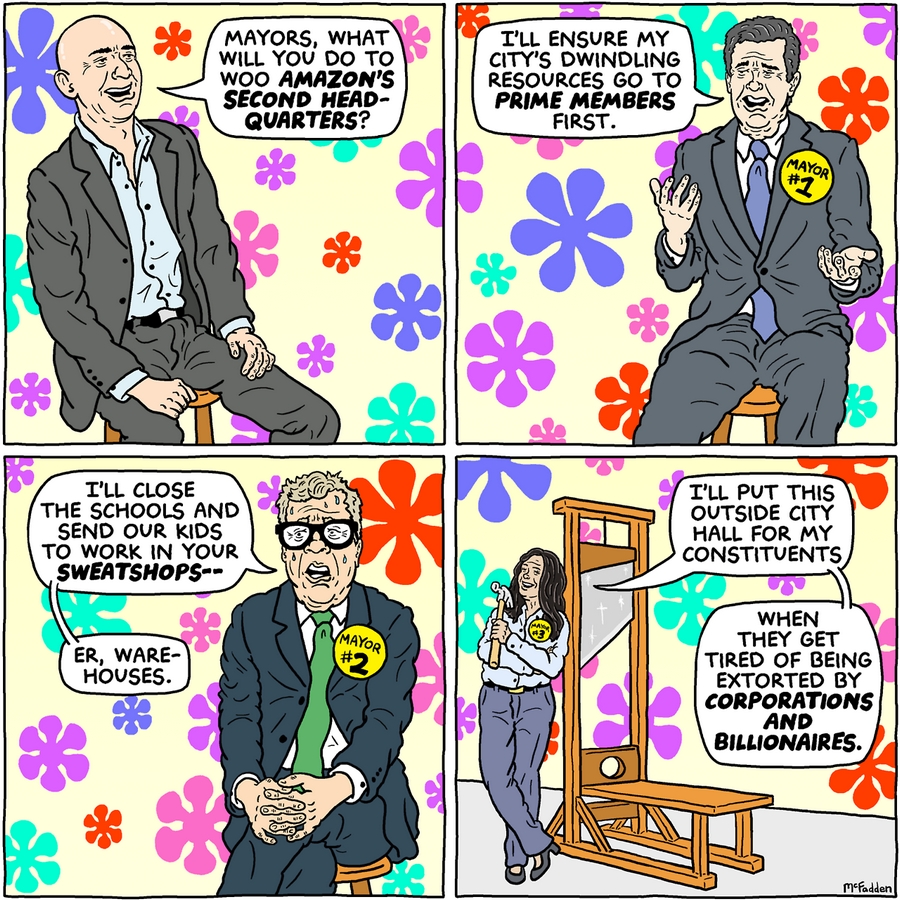